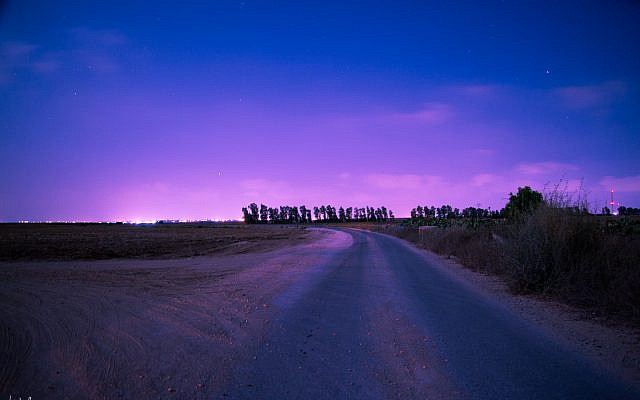 Today, in 2020, when Internet and social media share information exponentially, “Yehieh beseder” isn’t nearly enough. True leaders who really want to be followed and trusted, need to work much harder to convince people to trust in them. It’s not enough to look good or speak good English. It’s not enough to have your old boy’s club rooting in your corner and then expect others to follow.

As a person who lives in the Western Negev, raised her children here and is now raising 5 grandchildren in rocket and balloon range, 2 of them in mortar and tunnel range, I feel as if I have been abandoned by my leaders. It doesn’t matter who I voted for. Elected officials, once they are sworn into office, have the responsibility for the safety and welfare of all citizens and residents of this country. If Jerusalem, or even Tel Aviv, were here on the border, I sincerely doubt we would be hearing such disparaging comments and reading dismissive tweets from some of our elected (or formerly elected) leaders.

“The most that usually happens is a brush fire, but the total damage from these attacks is really negligible, and almost no one has been injured”, former PM of Israel Ehud Olmert said recently. When the balloon fires began in 2018, Tzachi Hanegbi chided us for being overdramatic, saying: “They’re only balloons”. Just this week, another Likud politician criticized a nursery school teacher for sounding hysterical while trying to get all the children in her care safely into the building while a balloon-bouquet floated threateningly above. If Olmert had ever bothered to come down to Kfar Aza on a Friday where, for all the teargas wafting over the kibbutz, and the frightening explosions, children can’t leave their homes, maybe he would have thought twice before making that remark. If the balloons threatening the nursery school had been where Inon Magal (the Likud politician) lived, rather than in Kiryat Gat, maybe he would have appreciated the teachers’ need to get those children to safety, considering the teacher-child ratio in that playground. Has Hanegbi ever come to the farmers of Nachal Oz who plant but don’t have the opportunity to reap before their fields are burnt by flaming balloons? Have either of the Netanyahus ever spoken to the children living in one of the moshavim or kibbutzim on the border, who can no longer enjoy kites or balloons? If any of these visits had taken place, maybe we here, in the Western Negev would feel support and empathy, rather than experience being chastised.

Every parent in this country needs to realize that the children of the Western Negev are the children of all Israelis. Every person in this country needs to internalize the fact that these balloons that target our communities – especially our children – are war crimes – nothing more and nothing less: the indiscriminate targeting of innocents. I do not want us to go to war. Our soldiers are our daughters and sons. But when push comes to shove, who should be on the front lines of protecting this country? The soldiers who are trained to do so or the youngsters growing up in uncontested areas of greater Israel, who revert to wetting their beds or fearing to be in the shower without a parent nearby?

It is beyond me how anyone who lives in this area can continue saying that only Netanyahu can keep us safe. Do you know the last time he came down to talk to anyone aside from outspokenly Likud Party supporters? Is that supposed to exemplify a model of courage? His wife, Sarah, as she so clearly likes to let it be known, is a trained child psychologist. Maybe he should ask her what the effects of ongoing trauma have on a child’s psyche.

I am a mother and grandmother of the Western Negev. What would it take for me to renew my faith in the government leaders? Showing enough courage to woman-up and come down to speak with us. To come to one of our meetings of mothers of the Western Negev. To look us in the eyes and tell us how they admire our courage and tenacity. Surely I don’t expect them to give away any state secrets or tell us all of the plans for how they intend to keep us safe. But to invest the time in coming to show their support for us. Now that would be a big step in helping me renew my belief in them for having my best interests in their hearts and minds. After all, those who live where we do are the modern-day Zionists. We and our children continue fulfilling Ben Gurion’s dream of making the desert bloom.

But no – the balloons continue to explode overhead, my daughter and granddaughters continue to feel threatened, kindergarten children continue to be the flack jackets of the country. And me? I am feeling more transparent and uncounted by the leaders of this country than ever before.

Sadly, the realization that until the Red Alert of the Western Negev turns into the wailing sirens of the cities of the more populated regions of the country, and Tel Aviv comes to a standstill because the schools there are closed due to rocket fire, that till then, there will be no real response (military or political) and that is a sobering sucker-punch.