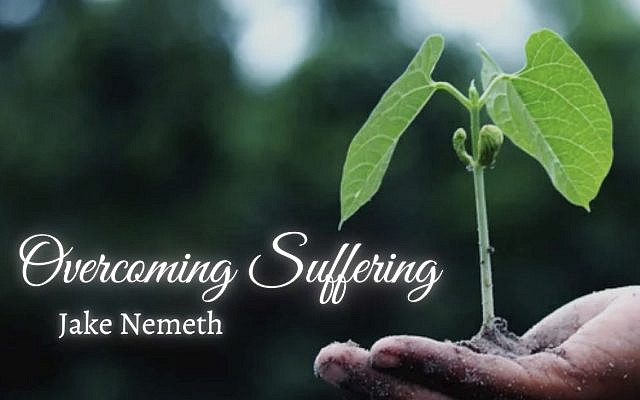 Never before has humanity experienced more individual liberty, abundance of wealth, and absence of war like it does today. Though the world is not perfect, historically speaking right now is the greatest time to ever be alive.

Slavery was a global institution embedded since the dawn of human civilization. Now it is nearly eradicated throughout the world. Teenage immigrants used to say goodbye to their parents never to see them again. Today people can communicate immediately overseas through numerous different communicative methods. Infant mortality could surpass 30 percent throughout the medieval period. Currently it’s nearly guaranteed that babies will live beyond adolescence.

The luxuries in the world, particularly in the West would be considered fantasies unfathomable in the minds of ancient Kings and Queens such as Cleopatra and Alexander the Great. Ancient Pharaohs needed horse drawn chariots for transportation; any automobile today is safer and more luxurious than that. Julius Caesar had to visit public baths to cool down on a hot day; now one just needs to stay in their air conditioned home. When comparing humanity today and any civilization that lived over 100 years ago, one can conclude that the modern man is richer than the kings of old.

Materialistic prosperity does have its downsides. Rather than feeling the pleasure of a well earned hot meal after a hard day of work, there is a misplaced expectation of self entitlement causing ingratitude. Feeling entitled leads to narcissism and diminishes personal responsibility to build a livelihood. When people lack responsibility, they lose a sense of meaning as they are not building something and become nihilistic.

Nihilism is corrosive resulting in a miserable person who believes their life is void of purpose. Lacking purpose may result in an identity crisis leading one to attach themselves to something other than essence such as a political movement, occupation or monetary status. Identifying with a group is healthy for self esteem but not if it is a substitute for the self.

Feeling empty inside from the nihilism, the person may become resentful against the world. Rather than building self confidence, a nihilist will criticize anyone and everything not them. Roman Emperor and stoic philosopher Marcus Aurelius said, “You have the power over your mind – not outside events. Realize this, and you will find strength.” Replacing the grind of personal growth with calling out all of society’s issues will never fill the empty void and negative self image one has. One needs to get their own life in order before going out telling others how to live theirs.

Taking care of oneself must be a top priority for everyone. Since no one is perfect, everyone has a moral obligation for personal growth. Knowing one must conquer themselves gives us purpose. As 19th century German philosopher Friedrich Nietzsche said, “He who has a why to live for can bear almost any how.”

Training the self to identify small things that makes us happy trains us to be happy with all our little blessings. It’s undeniable that if people were just grateful for what they had, they would be living a better life. That does not mean one should settle for less than what one deserves and overlook injustices throughout the world but the primary focus should always be on the positive.

The world is such a beautiful place and there has never been a better time to be alive. Yet anxiety, drug addictions, depression and suicide has all skyrocketed in previous years. Divorce rates are about 50% in the United States and Europe. Children are more than ever growing up without a parent in the household. Something is terribly wrong if when things have never been better they feel like it’s never been worse.

As people get more miserable, they project their feelings on others and cause social divides. Rather than building a bridge, it is easier to burn one down. Taking the easy path does not end with happiness but more misery. Overcoming a negative self image, low self confidence and insecurity takes time but it builds a person up.

Suffering is inevitable but to quote 20th century psychiatrist Victor Frankl, “If there is meaning in life at all, then there must be meaning in suffering.” Treat suffering as a friend teaching you a valuable lesson. Without suffering, one would never be able to overcome it.

More steps to overcome suffering include improving posture, humbling the ego, recognizing that everyone knows something you don’t and finding meaning in giving. Altruism is a beautiful thing and giving unconditional compliments for example is a gift where both sides receive. As the former chief Rabbi of the British Commonwealth Jonathon Sacks once said, “Happiness is not what we own. Happiness is what we share.” Happiness in giving may be a greater joy than the gift itself. Ultimately the goal is to find purpose in life. Find purpose in giving!

President John F Kennedy famously said, “Ask not what your country can do for you – ask what you can do for your country.” Realizing that you are not the center of the universe and there are things bigger than you surrenders the ego and humbles arrogance. Growth in self confidence comes by knowing you are worthy and competent. Providing a service that only you can do shows worthiness. Even if your service others can do, only you can do it your specific way. If life is intrinsically valuable and sacred, it is something worth fighting for and living up too.

Once one knows their life has purpose, becomes a giver, optimist and a positive force in their community, they have overcome suffering. Canadian psychologist Jordan Peterson says, “Life can be meaningful enough to justify its suffering.” Obtain meaning in the self, get your house in order, grow in personal responsibility and then go out and change the world!

Never has more information, opportunities, adventures, luxuries and pleasures been available to everyone. There has never been a better time to live. But if one substitutes spirituality and gratitude for total materialism he is bound to suffer.

Become a spiritual being, see everything as a blessing, create a life worth living, value struggles and celebrate the journey. Life is precious, worth living for and it’s a moral obligation to love every moment of it.

Victor Frankl says, “The last of the human freedoms: to choose one’s attitude in any given set of circumstances, to choose one’s own way.” Happiness is a choice. Overcoming suffering is a choice. Personal growth is a choice. Judging favorably is a choice. Humbling ego is a choice. These may be hard choices but they can be accomplished if one strives for them. The greatest choice of all is choosing life just as the bible says in Deuteronomy, “Choose life.” One must strive to truly live. Truly living is living with happiness.