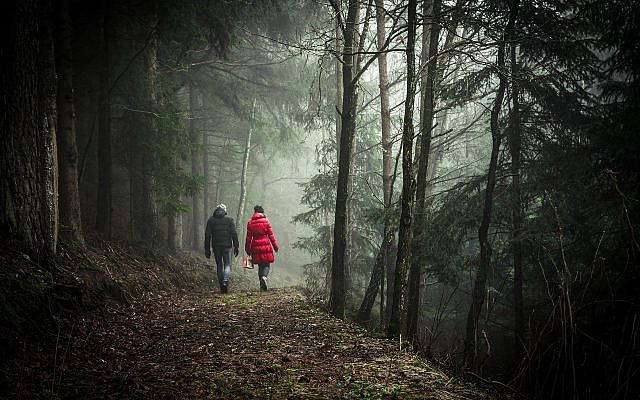 Throughout life, people are always trying to find their place, whether that be in their family, their community, or the world. There’s an intuitive yearning to fit somewhere like a puzzle piece, achieving a level of connection that’s “right” beyond words. For the past 2,000 years, Jews have been wanderers and drifters, spread across the world in our diaspora state searching for a place to call home, albeit a temporary one. In Parshat Chayei Sarah, we’re reminded of the existential truth of this reality, one in which Jews are caught between two different worlds.

Following Sarah Imeinu’s death at the onset of the parsha, Avraham goes in search of a burial place for her, and he finds Bnei-Chet (Hittites). He begins the conversation, as the Torah recounts, with a straightforward declaration and request: “I am a stranger and resident among you; sell me a burial site among you, that I may remove my dead for burial” (Bereishis 23:4).

After some brief exchanges, Ephron of Bnei-Chet sells the Miarat HaMachpela to Avraham, and the “scene” ends. While there are many notable points of this portion, Avraham’s first words to Bnei-Chet are striking, particularly with his paradoxical identity “stranger and resident.”

Commenting on this pasuk, Rav Soloveitchik offers a deep insight into the timeless power of this statement. “What is our position vis-à-vis modern civilization—with respect to science, to Western culture, to the countries in which we live?” Rav Soloveitchik asks. “The answer is enshrined in these words.”

Rav Soloveitchik goes on to explain that Jews speak the language of their respective country, conduct business as others do, and enter into the same social-economic institutions. Yet, Jews simultaneously plant their feet in a world of Torah, mitzvot, and Hashem-consciousness. We operate on different schedules with tefillah and see the underpinnings of life through another lens. In direct relation to this particular pasuk, Jews are buried differently, and thus, they have different graves (The Rav Speaks, p. 74).[1]

Thinking of Avraham’s words through Rav Soloveitchik’s perspective, they resonate in a different way. They serve as a reminder of the temporary status of a Jew’s reality, one in which culture, expectations, and location have constantly shifted throughout history. It also rings true of the inner-turmoil many find themselves, physically living in one reality while their minds are drenched in the secrets of another. To be Jewish is to harness an identity and an existence that seeks to swim in the world while being transcendent of it all the same.

In a 2019 sicha on this pasuk, Rabbi Jeremy Wieder says, “The ger [stranger] represents those areas in which Torah values are diametrically opposed to those of the society in which we find ourselves, whereas the toshav [resident] represents those arenas in which we have enough in common to participate in the discussion. But even in the domain of toshav — and especially in situations where we might deem it wise to not necessarily push for our own particularistic positions and values — we always do so cognizant of what ideal Torah values are.”

While his sicha was much more expansive, this one excerpt stresses that we must root ourselves in Torah and Hashem. Despite our immersion in society, we must not forgo our truest essence and always remain firmly committed to the core of our identity.

[1] As seen in The Neuwirth Edition of “Chumash Mesorat HaRav,” Bereishis, p. 163