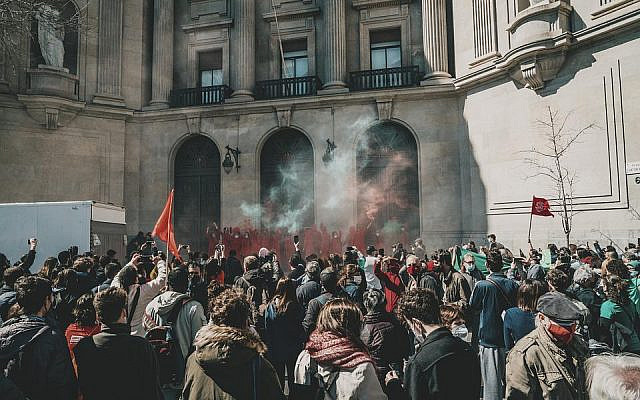 Revolutions seem to be built from grand, spontaneous moments: the lit fuse, the bursting powder keg, the final explosion. And in some sense, they are. Revolutions happen, as Rebecca Spang writes in The Atlantic, “when the distinct concerns of many different groups are for a time more or less soldered together—and this coming together is not planned in advance, but produced largely by chance.” But while that may spark their inception, it cannot promise their success. Change, real change, is made along the arduous tracks of time and patience, a slow journey to a better destination.

History may present revolutions as occurring in the blink of an eye, but its pages cannot reflect the reality. Within every turn was a struggle to steer the ship. The thing is that people much prefer the eruptions. Movies and TV shows glamorize the way things operates, and often, we subconsciously adopt their fantasy as reality. Reality is not a close-up shot with perfect background music, lasting all of five minutes before switching scenes. It is moment by moment, the long fight, the real fight.

In Parshat Emor, the Torah instructs us in one such way: “And when you reap the harvest of your land, you shall not reap all the way to the edges of your field, or gather the gleanings of your harvest; you shall leave them for the poor and the stranger: I am Hashem, your God” (Vayikra 23:22). This is not a movie moment. It functions like charity. You, with your field of crops, must designate a corner of it for the poor and the stranger. Not at an upscale community-wide event where your benevolence is celebrated, just at your home. In your field. You, your family, and the collectors. It certainly is not a movie moment.

Bringing a korban is the ultimate service people can do in the Beit HaMikdash. It epitomizes what divine service and divine closeness can be like. The Torah, and all that unraveled from it, speaks at length about the minutiae of this mitzvah. It is something big. That background makes the Midrash’s comparison seem preposterous and inappropriate. Peah is a private affair of charity — a designation for the needy. While surely important, can it be likened to the power of korbanot? Yes, the Midrash says. It can, and it is.

The Beit HaMikdash — its construction, its operation, and its guidelines — is revolutionary. The Divine Presence dwells within, a radio tower of God-consciousness that reaches near and far. When the third Beit HaMikdash is built, it will signal the Messianic era. And even so, abiding by the peah guidelines is equivalent to one who brings a korban to the Beit HaMikdash. Peah is revolutionary. It is meant to be an experience, a recognition, of divine closeness and presence. Revolution comes in more cloaks than spontaneity. We would be mistaken to suggest otherwise