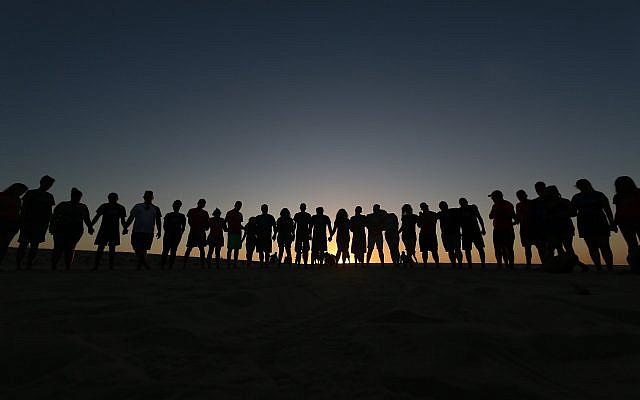 Parshat Vayechi marks the end of Sefer Bereishis, the first of the five books of Torah. Many themes are seen throughout the various parshiyot, and many of them culminate in this week’s parsha; one such example is familial relationships, specifically between brothers.

When Yaakov is lying on his deathbed, Yosef brings his two sons, Menashe and Ephraim, to receive blessings. The Torah says, “So [Yaakov] blessed them that day, saying, ‘By you Israel will invoke blessings, saying: God make you like Ephraim and Manasseh.’ Thus he put Ephraim before Manasseh” (Bereishis 48:20).
Rashi comments that the bracha to be “like Ephraim and Menashe” is one that will be repeated for future generations. This begs the questions: why should we be like Ephraim and Menashe? What is so special about them?

Beginning with Parshat Bereishis, we saw the bitter model of brotherly feuds when Cayin murdered Hevel because of jealousy for his offering to Hashem. Later, we saw Yishmael sent away because of the negative influence he would have on Yitzchak. Yaakov and Esav clashed over the birthright status and Yaakov subsequently receiving the firstborn brachot. Yosef’s brothers were threatened by his dreams and their implications and resentful, so they threw him in a pit, only to sell him into slavery moments later.

Ephraim and Menashe surely could have become another story of embittered sibling rivalry. When Yosef first brought them to Yaakov to receive their blessings, the pasuk explains that Yaakov could not recognize them. Yosef then positions Ephraim (younger) to face Yaakov’s left hand and Menashe (older) to face his right hand, but Yaakov crosses his arms to place his opposite hands upon each of their heads.
Despite Yosef objecting to Ephraim’s head baring Yaakov’s right hand, Yaakov dismissed his doubt and proceeded to recite the bracha quoted earlier that, in future times, everyone will bless their children to be “like Ephraim and Menashe.”

The Bnei Issachar asks our same question: what is so special about Ephraim and Menashe? Why should we be like them? Unlike the model of siblings quarreling from jealousy laid out in Sefer Bereishis, Ephraim and Menashe embodied a pure, brotherly relationship—they eradicated envy. In our own lives, he explains, we can remove envy from our hearts to appreciate and understand that Hashem bestows everyone with the unique tools they require; our friends have their roles, and we have ours. Menashe humbly accepted that Ephraim would assume a greatness not meant for Menashe. That is why we should be like Ephraim and Menashe (Igrah D’Kalah p. 174).

Sefer Bereishis ends with two siblings who choose to end the cycle of conflict. Ephraim and Menashe could have been another example of jealousy and tension turned familial conflict, but they instead accepted that Hashem designates everyone to their own roles and missions in life. In doing so, they ended the power struggle that would have dominated their lives.