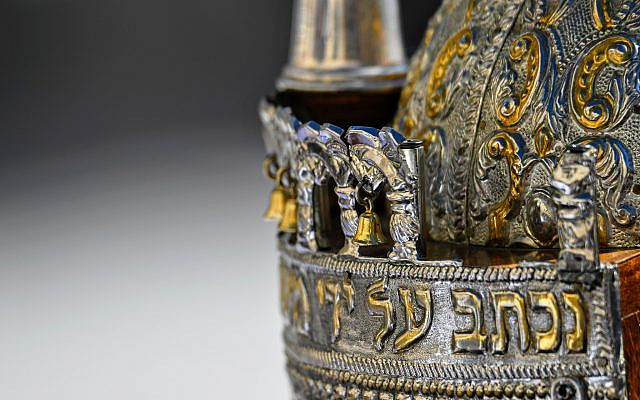 Any book lover knows how attached one grows to characters. Engrossed in their lives—from the trivial plot points to the grandiose character arcs—we form an intimacy with them, and the relationship becomes real. It is similar for TV shows, that viewers feel impassioned and connected to the actors on screen. They invite us into their lives, and we invite them into ours.

Who, then, can engender a more radical investment than Moshe Rabbeinu? We catch sight of him in the torrents of slavery and bubbling genocide at the hand of Pharaoh. Born a miracle, he birthed miracles, all at the hand of God. We study his story of becoming from infancy. Shemot through Devarim, four of the Torah’s five books, feature our main character, the people’s leader, God’s agent. Consistent attention to the Torah, in any form, should provoke a keen sense of familiarity with Moshe, an intimacy, a closeness, a friendship. Every tear, triumph, defeat he experienced is thrust before us. The Torah brings us into his inner world and travails as “rabbeinu.” So his death in Parshat V’Zot HaBracha is utterly heart wrenching.

“There died Moshe, eved of God, in the land of Moav, by the word of God” (Devarim 34:5). Blessed with the greatest headstone title— “eved Hashem,” connoting service, dedication, agency—Moshe’s seeming tragedy is woven between the verse. “There” he died, not in the Promised Land, but “the land of Moav,” by the will of none other than God Himself. The eved lives by the word of the Adon, even in death. Kafka’s classification echoes into a silent hum: Moshe’s life is “a human life.”

What is most eye-opening about the concluding pesukim of Devarim, the ones following Moshe’s death, is their volume in a rather silent assortment. They lightly describe the aftermath of his death, how the people cried, how Yehoshua assumed leadership, how God never knew another prophet like Moshe. At first, it appears like a heartfelt eulogy, the peace sealing Moshe’s legacy of a rather tumultuous and monumental existence. A more critical look reveals a more discouraging sequence of events.

“No one knows his burial place to this day,” the Torah says (34:6). A trace of forgetfulness, temporality, lines the pasuk. Perhaps the information of his burial slipped between the lips of communal chatter, lost somewhere along the way. The people cry and mourn for Moshe for 30 days, “until the time of weeping and mourning for him was over” (8). His mourning was scheduled—none missed him longer than asked. Rashi notes that while the “whole house” mourned Aharon, only the men grieved Moshe. Yehoshua similarly moves forward, as Ibn Ezra writes how the people now turned to him. Among his fellow humans, Moshe passes into the oblivion of history. For them, Moshe was good. But for God, there was never another Moshe.

Rashi says God and Moshe spoke whenever he desired, and Ramban dances with the possibility that it highlights God’s familiarity with Moshe. God knew Moshe, “face-to-face,” a closeness unique to him. But there will never be another Moshe. It is almost as if God longs for Moshe, yearns for the human who walked between worlds and carried His will into reality. Is there anything more than God’s love? By Divine kiss Moshe died, and by Divine memory he lives. The end of Moshe is colored by this heavenly affinity. That he is loved and cherished by God surpasses all other possibilities.