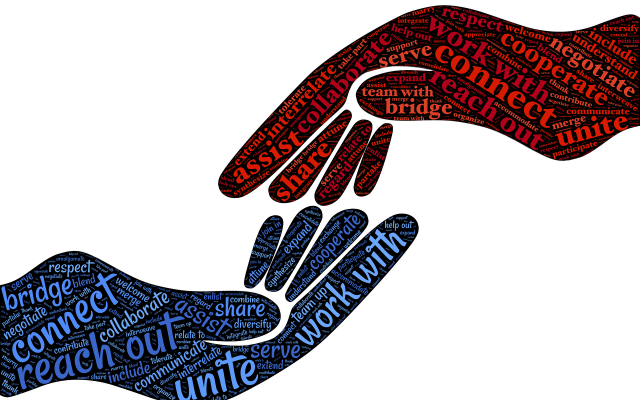 Our dreams and ideals for the world, whether big or small, can sometimes weigh on us, crushing our souls with stress, fear, and anxiety. It’s this do-it-all complex that creates such unnecessary worries and problems because it’s us who need to do it all. While there’s much to be admired of someone who takes initiative and feels a strong responsibility to others, this quality can be overrun and, consequently, diminished. It’s imperative that, in life, we try to avoid standing alone, for we would be much better off standing with all as one.

In Parshat Yitro, the Torah describes Moshe Rabbeinu adjudicating the problems and issues of Bnei Yisrael, listening and deciding on their cases from the morning until the night. Yitro, Moshe’s father-in-law, notices this, and he urges him to take another route. “What is this thing that you are doing to the people? Why do you act alone, while all the people stand about you from morning until evening?” (Bereishis 18:14). After Moshe responds, Yitro explains that Moshe will wear himself down, which will be bad for Moshe and, ultimately, for the people. Instead, he suggests something radical: delegate the responsibility.

In Yitro’s model, Moshe would not be the sole judge, rather he would assemble God-fearing, accomplished, capable, and honest men to decide upon the smaller, less complex matters. And Moshe heeds his advice; he gathers and appoints the new judges, and then they go and judge.

Aside from his obvious brilliance as his words apply with an efficient legal system context, Yitro is also teaching Moshe something quite revolutionary. Moshe, the esteemed leader of Bnei Yisrael who was Hashem’s hand-picked selection to liberate His people from Egypt, cannot do everything on his own, nor is he supposed to do it all alone. Instead, Moshe must delegate the responsibility. He must include others to bring them into the system, to create a coordinated, team effort to bring about positive change for their people.

The commentaries draw out, with variance, that Yitro was telling Moshe that for him to continue with his original protocol would have been self-destructive, but more importantly, it also would have been bad for the people. This do-it-all approach was not only detrimental to Moshe, but it wasn’t even good for Bnei Yisrael!

In Rabbi Sampson Raphael Hirsch’s Nineteen Letters, which was aimed at modern Jews facing German emancipation in 1836, he writes, “Nor should you remain alone and isolated; join yourself to a community, by which alone your work can be made universal and eternal in its results” (12:5). As it relates to this lesson imparted to Moshe, Rav Hirsch’s words add that when we include others in our avodah (Divine service), which can be manifested in endless ways, we universalize our work and create lasting progeny of the fruit it bears. For instance, one who leads a non-profit and manages the finances, programming, and creative aspects, as well as virtually everything else within the organization, makes everything dependent upon them; without them, nothing can be done.

Life is not supposed to be a one-player game. Whether with our trivial problems or our grand, idealistic ones, we should seek to build a collective that can create lasting change forever. We need others. We need their support, their ideas, their efforts, and their presence. We should, as Rav Hirsch urged, join ourselves to a community and change ourselves and the world together.