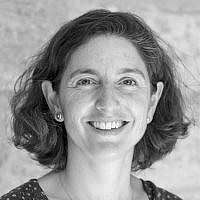 The Blogs
Miriam C. Berkowitz
Renaissance woman
Apply for a Blog
Please note that the posts on The Blogs are contributed by third parties. The opinions, facts and any media content in them are presented solely by the authors, and neither The Times of Israel nor its partners assume any responsibility for them. Please contact us in case of abuse. In case of abuse,
Report this post. 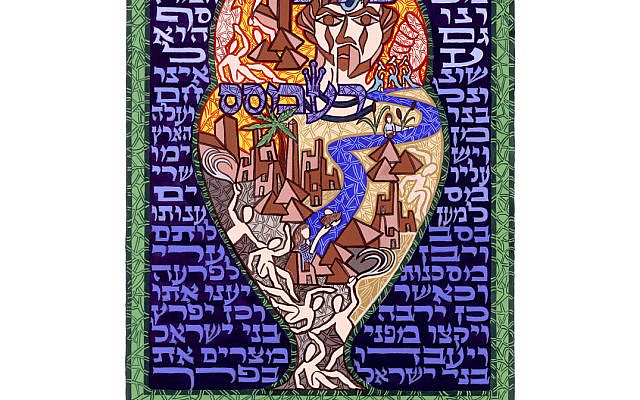 My rabbinic colleagues in Israel and abroad are swiftly reinventing their communities to find meaningful practical ways of maintaining their sense of community and continuing to provide the myriad of ritual, educational, spiritual and social services that synagogues provide.

As a chaplain, I have the luxury of focusing just on the internal responses to the virus and the attendant lifestyle restrictions.  Predictably, feelings about the virus itself range from fear of illness and death of themselves or loved ones, anxiety over the unknown, guilt over passing on the virus unwittingly, and other related concerns.  Reactions to the lockdown include isolation, concern the food supply will run out, fear of the consequences to the economy and employment, frustration at wanting to help others and not being able, boredom, and irritability.  I have found that while people can get used to many of the restrictions on their movement and activities, the greatest sense of loss is the distancing of grandparents from grandchildren and the prospect of having a small, family-only Passover seder.

Passover is an emotionally powerful holiday, one of the few whose celebration focuses mostly in the home, and one that evokes strong memories because it involves so many of the senses.  Its motifs of slavery, redemption, and a people reinventing its future are fresh and relevant today.  This brief piece will weave together some of the Passover themes with the reactions to the lockdown in Israel and offer a new, somewhat personal perspective on the balance between freedom and following directives from above.

The recent almost daily policy statements from local and national government and the Ministry of Health remind me of the incremental ways in which the Israelites’ lives changed in Egypt. Although the former are intended to preserve and protect life and nation while the latter were designed to destroy them, significant parallels offer food for thought.

According to the Talmud, the requirement to eat hazeret (the bitter food) at the seder can best be fulfilled with romaine lettuce. Initially this type of lettuce is sweet, but the longer it remains in the ground, (or the longer we chew it) the more bitter it becomes.  “Rabbi Shmuel Bar Nachmani taught, ‘ Why were the Egyptians compared to maror? To teach that just as maror is soft as it begins to grow and hard at the end, so were the Egyptians soft and mild at the beginning, but tough and hard in the end.’” (Tamud Pesahim 39a).

This evokes the experience of the Jews in Egypt- first they were welcomed as guests by Pharaoh and given the land of Goshen in which to dwell and raise their flocks.  As the famine overtook Egypt, the Jews began to be perceived as outsiders and as a threat to the nation’s stability.  Later, Jews were singled out for hard labor, perhaps first as day workers and only afterwards as permanent workers, forced to leave their homes and families.  Initially, they were given adequate straw to make the daily allowance of bricks.  Later even this “luxury” was taken away and they had to gather the straw for their own bricks (Exodus 1-5).

Tangentially, the Talmud points out that the name of romaine lettuce is hassah –the Aramic root spelled חסא.  This corresponds to the modern Hebrew word for lettuce, חסה.  The Talmud makes a word play, likening the sound of חסא (hassah) to the past tense of the verb לחוס  which means to save or have pity on or care about, as in the Book of Jonah:

Then the LORD said: “You cared about the plant, which you did not work for and which you did not grow, which appeared overnight and perished overnight.  And should not I care about Nineveh, that great city, in which there are more than a hundred and twenty thousand persons who do not yet know their right hand from their left, and many beasts as well?!” (Jonah 4:10-11).

Though not etymologically accurate, this allusion evokes God’s mercy and compassion on the Jewish People in Egypt, reminding us that even in times of suffering, God is not far away and will eventually heed our cry.

The current situation has taken us all through great changes in just a few weeks.  I think if the advisory to stay home had been issued during the first week, Israelis would not have accepted it.   But because it came gradually (and also because we saw what the virus did when unchecked in other countries), the usually headstrong Israelis have become quite cooperative.

Viktor Frankl affirmed that Dostoevski’s statement “a man can get used to anything” applied even in the concentration camps.  Of course our reality is not even comparable.  But the same mechanism is at play- we get used to one step and then another until it almost seems normal and we adjust to the new reality.

I am surprised how easy it has been for me to adjust to the proactive role of government.  I am generally a person who hates being told what do to.  Even though I was a disciplined and conscientious child, this came more from inner determination than  external discipline.  In fact one of the main reasons I became a rabbi was so I could make my own decisions and not have to “ask the rabbi” for answers.  I did not mind God or the Torah telling me what to do, but would not submit to the will or interpretation of other human beings.

I clearly recall Professor Rafael Arzt saying in an education class at the Schechter Institute that many Jews believe the traditions were created by humans, not Divinely pronounced,  but they keep the ways of their people out a respect for tradition.  I did not relate to this approach of letting ancient ancestors determine my destiny, thinking, “If the commandments are not Divine, I would rather go skiing on Shabbat!!!”

In politics I suppose I also tend more toward individual responsibilities and freedoms (besides the right to bear arms!), even though I believe in a social net for the very weakest members of society (also a Torah invention!).  I hate going to conferences where every moment is accounted for and attendance is compulsory.  I could not imagine letting parents choose my career path, tend to collect individual friends and never a group, like to follow my own path, often unconventional, and enjoy autonomy in every aspect of life.

And yet, during the past few days I have experienced almost no resistance to the increasingly strict measures designed to inhibit the spread of Corona Virus.  It is even somewhat comforting to know that someone has a strategy and a vision, that we may surrender some of our daily decision-making to a “higher power.” I am proud that Israel responded so swiftly and decisively, even though as usual the rest of the world had only criticism for its decision to close borders.  I truly believe that the Ministry of Health is making wise and responsible decisions.  I do not accept cynical interpretations that Bibi is engineering the draconian responses simply to appear as a “protector” and enhance the post-election perception of him as the only competent leader.  I also think the view that Israel is just trying to lessen the burden on the healthcare system and avoid showing it up as incompetent and unprepared is only a partial truth.

At the core, I believe the calculated response is an expression of the deeply Jewish / universal value that all life is precious, including [or even especially] the life of people who are elderly, ill or frail.  I believe the Israeli response, similar of course to that of other countries, is based on the value in Mishnah Sanhedrin 4:5 and Babylonian Talmud Sanhedrin 37a: “ Whoever destroys a soul [of Israel], it is considered as if he destroyed an entire world. And whoever saves a life [of Israel], it is considered as if he had saved an entire world.”

Returning the the Exodus story and to Pharaoh’s fear of the Hebrews as a “foreigners,” a “fifth column,”, Aviva Zornberg comments that “vayishretzu” (“The Israelites were fertile and prolific”- Exodus 1:7) indicates a reptilian procreation, a loss of identity- from the family of Jacob, named as individuals, the Hebrews become a nameless mass.  (The Particulars of Rapture: Reflections on Exodus by Avivah Gottleib Zornberg).

The illustration above depicts the brothers being welcomed by Pharaoh to Egypt, only to gradually descend within the outline of a lettuce leaf, to a writhing pit of nameless, identity-less slaves.

In contrast, when we reach out to one neighbor with a phone call or offer to bring food, when we empathize with the fear and panic of one grandparent or give gratitude for the selfless services of one healthcare professional, or when we see a foreign tourist as a person with a life story, and not just as a threat or “outsider,” we are providing the antidote to Pharaoh’s dehumanization.  We are seeing the individual Divine spark in each human and giving them honor.

This theme finds expression in Mishna Sanhedrin 4:5: “For a man strikes many coins from the same die, and all the coins are alike; whereas the King, the King of Kings, The Holy One blessed be He struck every man from the die of the First Man [Adam], and yet no man is quite like his fellow. Therefore, every person is obligated to say, ‘For me the world was created.’”

As we enter the Pessah season with mixed emotions and muted fervor, may we strengthen ourselves and each other with an ability to adapt to new realities, and relish the confidence that we can trust leadership to make wise decisions. May we seek to appreciate the unique and Divine spark in each person, even if our communication with them is not face to face.  And as we munch on our hassah, may we draw comfort from the hope/faith that a compassionate God is somehow waiting to hear our cries and redeem us from a frightening and demoralizing situation toward a new reality of cooperation among peoples, appreciation for the sanctity of life, and a true feeling of freedom for us all.

About the Author
Rabbi Miriam Berkowitz is an Israel-ordained Conservative rabbi and certified chaplain. She co-founded Kashouvot: Pastoral Care and is currently the International Coordinator of the Spiritual Care Association, promoting chaplaincy around the world. She does outreach for Keshet Educational Journeys and life-cycle events, editing and individual pastoral care in Jerusalem.
Related Topics
Related Posts
Comments