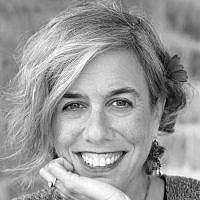 The Blogs
Shira Gura
You Can Handle Anything!
Apply for a Blog
Advertisement
Please note that the posts on The Blogs are contributed by third parties. The opinions, facts and any media content in them are presented solely by the authors, and neither The Times of Israel nor its partners assume any responsibility for them. Please contact us in case of abuse. In case of abuse,
Report this post. 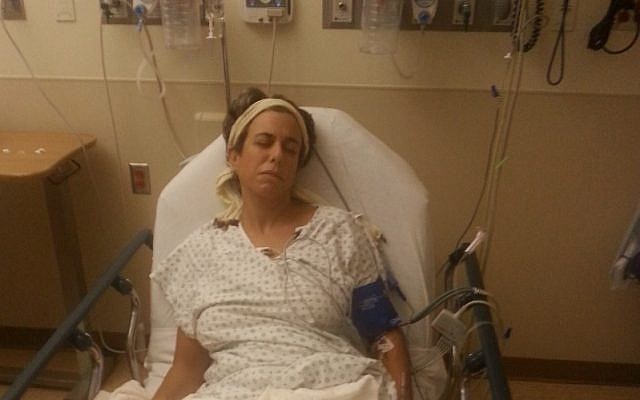 Four years ago, I nearly died.

I was with my husband and kids on my annual trip to the United States to visit my parents, siblings, and extended family. I only get to see my family once a year, so I always look forward to this two-week visit.

But in 2014, things went terribly different from my usual trips.

Four days after landing, and while standing at the Kiddush for my daughter’s bat mitzvah, I suddenly, out of nowhere, felt like someone punched me right in the stomach.

It was the freakiest experience in the world.

And then, within seconds, I felt freezing.

I remember asking my brother if he wouldn’t mind lending me his suit jacket.

And then I felt like I was going to throw up.

Hundreds of friends and family came from far and wide to celebrate with us and I felt like a strange stomach virus was coming on.

I took myself home immediately, thinking I needed to be close to a bathroom.

My parents followed and strongly encouraged me to go to a hospital.

As the non-medicine/hospital person that I am, I told them this would pass.
It was only a stomach virus.
A 24 hour thing.

Plus, what hospital in America would take me? I was on traveler’s insurance and had no idea what that would even cover.

The next day, I was begging my husband to get on the phone with the insurance company in Israel and tell them — I. NEED. A. HOSPITAL.

Two days after being admitted to the hospital and having endless CTs, MRIs, ultrasounds, blood tests, and failed attempts at laparoscopy, the physicians, surgeons, and specialists were stunned and stumped as to what was going on.

And then, I went into septic shock.

All my systems stopped working.

Decisions were made for me without my consent.

The next thing I would remember, 36 hours and two major abdominal surgeries to extract all the pus that was covering every organ in my abdominal area later, they gave it a name.

I was told 1-in-3 people usually die from it.

I had survived, but was clearly not anywhere close to seeing the light.

I would be on a feeding tube for two weeks while in the hospital.

I would be unable to communicate verbally to any of the doctors.

I was in the most excruciating pain I had ever experienced in my life — nothing remotely compared to any of the four natural childbirths I had gone through.

Visitors came.
But because of the pain, I kindly asked to limit them to nearly none.

And so, I was alone.

And I felt alone.

I was filled with many, many questions.

This can’t be happening!

I cried a lot during that time.
A lot.
Cries of self-pity and victimization.

And I’ll never forget when a rabbi friend of mine came to visit, just for a few minutes.

I assumed he would just ask how I was doing.

Or ask what I need.

Or tell me that God is watching over me.

He told me he was praying for me.

He was using MY name in HIS prayers.

And not only that, he said the entire community was praying for me.

Could it possibly be that people are taking time out of their very busy days and lives to pray for me?

People who don’t even know me?
People that have never heard of me?
They’re praying for ME?

It was something unfathomable.

You see, I did not grow up religiously observant.

Praying (let alone praying for others) was not something familiar to me.

Why would people, who don’t even know me, pray for me?

The enormous sense of gratitude and love that was instilled in me in that very moment brought me to tears.

I would get through this.

We would get through this.

Because hope and faith were instilled me by people praying for my healing.

Around the time that I was sick in the hospital, I stumbled upon Ahava Emunah’s blog, who for the past six years has chronicled her experiences as she “runs with” stage 4 cancer.

I immediately subscribed to her blog because I knew this was a superb human being.

Over the past few years she has courageously confronted her illness with optimism, resiliency, and super-human grace.

She has inspired me, and so many others around the world to bring love, gratitude, and faith to our lives.

I cannot come close to describing in words how Ahava Emunah has touch my life and the lives of so many others.

Whether you know her or not, a magical opportunity has been created to participate in a 15-minute segment of space-time (no matter where you are in the world), next Tuesday, October 9th (Rosh Chodesh Cheshvan) at 3 p.m. Israel time.

A critical mass of sincere hearts will (virtually) come together to raise their voices in support and prayers of healing for Ahava Emunah Lange.

I will never forget how the power of prayer helped me in my journey towards healing.

I would like to pay that forward and do the same for Ahava Emunah bat Chava Ehta.

To help the Lange family defray the high costs they face, please contribute via this GoFundMe page, established by the friends of Ahava Emunah. Truly any amount, no matter how large or small, will be incredibly appreciated. Thank you

About the Author
Shira Gura developed a simple and practical approach that empowers people to get emotionally unstuck so they can be in control and feel good in any moment. She is an emotional well-being coach and author of the books, Getting unSTUCK: Five Simple Steps to Emotional Well-Being and The CLEAR Way: Five Simple Steps to be Mentally Prepared for Anything. Shira is also the host of the weekly podcast, You Can Handle Anything!
Related Topics
Related Posts
Comments