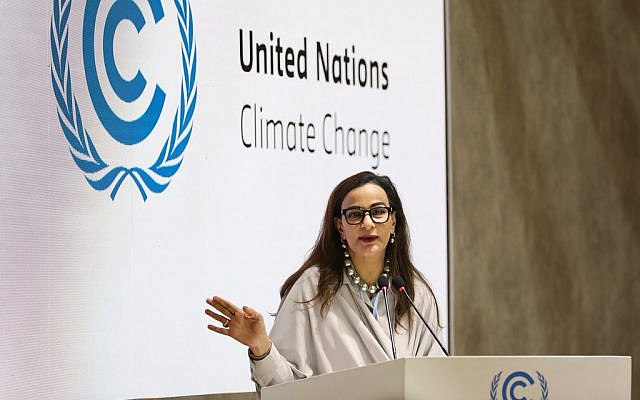 COP27, this year’s international climate change conference in Sharm El Sheikh, addressed  a newly  urgent issue. Now that warming temperatures have started to make parts of the planet unsustainable because of floods, fires and droughts, how will financially strapped nations pay for mitigation measures?  The conferees reached an agreement in principle on the mechanism, leaving important details for further negotiations. “Loss and damage” envisions rich, developed countries creating a compensation fund.  Developing countries would draw on the fund to remedy the effects of climate change.

COP27’s participants made a mistake.  Though the plan states that contributions do not constitute admission of legal liability, loss-and-damage will resemble traditional personal injury litigation. Wasteful debates over issues irrelevant to mitigating — and more important, preventing —   climate change will result.

In his seminal 1970 book, The Costs of Accidents, Yale Law School Professor Guido Calabresi proved that, in curing and curbing personal injuries, rather than cast blame, policymakers must focus on the practical question. Who can best and most efficiently fix the problem and compensate injured parties?  Nations should follow that prescription and ask:. How best to remedy current mess and, at the same time, prevent future catastrophe?

Under the current UN framework, controversy starts at the outset: which  countries qualify as developed?  China, the world’s second largest economy, considers itself a developing nation, as does the UN.  How will nations force China to contribute?

Next, arguments will break out over whether and how much each developed nation caused the devastation, therefore, the degree to which each must pay for the damage.

Just as in personal injury litigation, under loss-and-damage, claimants would have to prove that their actions did not contribute to the damage. The concept of contributory negligence will prove an obstacle.  In the 19th and early 20th centuries, pinning blame on employees for work-related injuries allowed unscrupulous employers to maintain dangerous workplaces. Employers, whom courts protected, held the keys to safety.  Employees who suffered but were found at full or partial fault could do nothing about it.  Accidents persisted.

In jurisdictions where contributory negligence reduced, but not eliminated,  liability, complicated deliberations, with expert testimony on both sides, required juries to apportion fault.  Similar issues arose in other areas of tort law, such as auto accidents.  In short, expensive litigation serves as a diversion from the main goal: improving societal safety.

Assessing liability also required a showing of foreseeability.  Defendants had to have known or should have known that the particular injury would result from their conduct.  In Palsgraf v. Long Island Railroad, 248 NY 339 (1928), a passenger holding what turned out to be a bomb dropped it on the tracks when conductors helped him board the train. The package exploded and injured a bystander on the platform. Ruling that the carrier could not have foreseen the events that unfolded, New York’s highest court absolved the company from fault and liability.

In the real world, the Palsgraf should have prevailed.   Assessing the railroad would have led the company to inspect packages.  Passengers could do nothing of the sort.

Ultimately, states adopted workmen’s compensation laws and no-fault auto insurance.  Under the former, employers compensate workers injured on the job, without determining fault.  Safe workplaces resulted from lower insurance rates safety-minded employers enjoyed. No-fault auto insurance incentivized  bad drivers – those involved in multiple accidents – through insurance rate increases and insurance-company imposed mandatory classes, or assignment to an expensive high-risk pool, to improve or give up the keys to their cars.

In the long run, litigating individual claims of loss-and-damage  would produce similar detrimental results.  First, the administrator of the fund would have to decide exactly which fire, flood or drought resulted from climate change.  Scientists cannot determine causation in such detail.

Next, the question of contributory negligence would arise.  Rich nations could claim that developing nations had a hand in causing climate change.  For example, until the recent election of Lola da Silva in Brazil, the government over the last four years allowed, indeed, encouraged, destruction of Amazon forests.  Scientists consider deforestation, which spews tons of carbon into the atmosphere, a major contributor to climate change. Other nations readily allowed coal mining, another cause of climate change.

Finally, the question of foreseeability poses a problem.  Nations have spewed pollution into the atmosphere since the dawn of the Industrial Revolution.  Only recently has a consensus emerged that greenhouse gasses pose a danger.  Arguably, liability could not attach to any activity before the Kyoto Protocol in 1997. Apportioning damages to activity before and after 1997 involves, at best, arbitrary drawing of lines.  At worst, it becomes an impossible task.

Therefore, in the case of climate change, polluters should fund the effort. They should contribute  based on the societal cost of their activities. Technology which Vice President Al Gore unveiled at COP27 exists to measure accurately and in necessary detail, the exact amount of greenhouse gasses  a given facility emits into the atmosphere.  Nobel Prize winner William Nordhaus has calculated a formula for determining the true cost of carbon.  While he covers future damage, experts can adjust it to include mitigation.

As critics say, loss-and-damage ignores prevention.  It fails at mitigation.