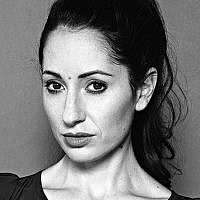 As well as incorrectly interpreting the statistics, and a Twitter showing that reeked of #everydaysexism, McCartney seemed oblivious to the detriment done to both sexes in restricting masculinity to antiquated ideas about what boys were ‘born to do.’

But despite May and Clinton, and capable women everywhere, this remains a shockingly prevailing stance. And in Israel, the impact is devastating. Because such attitudes are nowhere more marked, or more damaging, than in peace efforts.

Of course on the face of things, Israel is a beacon in the Middle East of gender equality. Say, ‘Israeli girls,’ and Joe Bloggs will probably recall a picture he’s seen somewhere of a beautiful sun-kissed teenager, dressed in combats and slinging a gun. What could be more egalitarian than that?

Those with a more historical perspective may find themselves imagining a sleeves-rolled-up kibbutznik tending the land. Or former Prime Minister Golda Meir. Or, perhaps, the unforgettable Dana International.

But on the ground, a growing religious faction is sullying the nation’s egalitarian ambitions. All year in Jerusalem we have seen women fighting for a pluralistic prayer space at the Western Wall, demanding, simply, the freedom to enter this area as equals to men, and by gosh to read from the Torah. In 2013, the Supreme Court agreed.

Yet in the intervening months and years, a host of women attempting to pray according to non-Orthodox practices have been abused and attacked by Haredi disapprovers. Meanwhile, the Western Wall Heritage Foundation stood by. And the police either did nothing, or in some cases arrested the ‘offending’ women for such crimes as carrying a Torah or wearing traditionally ‘male’ prayer shawls.

It is not such a surprise to see repressive attitudes within highly religious tranches of society, and while not necessarily palatable, within one’s chosen synagogue or the private sphere, there is a multiculturalist argument for letting this be.

But slowly, insidiously, the Israeli government has allowed these principles to infiltrate secular policy: in the army, in the workplace, in the courts, on buses. And too often, calls against gender discrimination have been deferred in favour of the more pressing causes of peace and war. Almost as though women were being patted on the head, mollified, because there is just not time to discuss it, dear.

What is being missed, what is so crucially being ignored, is that far from being a distraction from war, these issues, the status of women, this is a critical aspect of the conflict conversation. And female voices have a vital place within it.

One of the clearest reasons for this is because of a truth we already know, and that is that the status of women within a society is indicative of the values and progress of that society. If a country is open, liberal, and values equality and social justice, it is far more likely to approach peace efforts with open, liberal and socially just ideals.

On the other hand, a nation that represses, excludes, or undermines women, is much more likely to be repressive, exclusionary and domineering in its outlook towards conflict resolution, too.

So where are the women?

The Israeli women I know are doctors, psychologists, artists and educators; they are thoughtful, strong, and impressive. But at the negotiating tables, where are they? In these societies that supposedly want peace, their absence from such talks speaks volumes. Because the feminist struggle is part of the broader tension between liberal and fundamentalist factions of both communities.

Who is in control? Who will dominate? Who is in charge of peace?

After Camp David in 2000, Bill Clinton famously remarked that if women had been present, they would have had an agreement. Of course not all women are peacemakers. France’s Le Pen is a fine example of this. But the multitude of women’s peace groups in Israel have illustrated already the important cooperation they can foster.

Perhaps it is because of the universality of the female struggle. In almost every nation of the world, even (despite McCarthy’s claims) in the UK, women are still employed less, paid less, less represented in government, more exposed to violence. And perhaps this encourages a border-crossing empathy amongst women, a shared value for women’s rights, for human rights.

Such emphasis on rights has oft been framed as too ‘feminine,’ a bit impractical. One need only watch Homeland or 24 to know that sometimes, rights get in the way.

But in a conflict that is so deeply rooted, so ingrained in the heart, empathy and respect, and compromise, are exactly what the conversation needs.

Women, are what the conversation needs. And the liberal men who can see that. 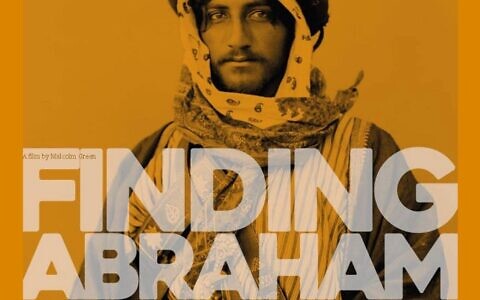