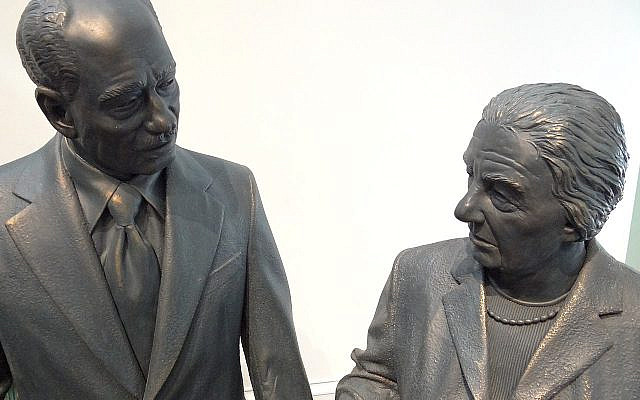 The growing normalization between Israel and Arab states is great to see and long overdue.

Haviv Rettig Gur wrote in The Times of Israel that even though “the Emiratis asked for F-35s, the Moroccans recognition of their claim over Western Sahara, the Sudanese an end to their 27-year stay on the terror list and protection from lawsuits linked to the previous regime”, the normalization is in fact “warm and genuine”.

I sure hope so. Arabs have no reason to hate Israel. Sure, Israel has done some things that are questionable, such as building Israeli settlements in the West Bank which isn’t part of Israel, but the Palestinians have done even more questionable things, such as terrorizing Israeli civilians. The Palestinians’ right to exist isn’t denied as a consequence, and nor should Israel’s right to exist.

Whether Israel’s borders should be the 1948 armistice lines (the Green Line) or something else, that doesn’t change the fact that Jews are a people who have a right to self-determination. It doesn’t change the fact that Jerusalem is the centre of the Jewish people’s faith. If Arabs had accepted that premise in 1947, the Israeli-Arab conflict would have been resolved long ago, and the Palestinians would have long ago achieved self-determination in their own state rather than being dispersed between a small self-governing entity (Gaza), semi-self-governing entities (in the West Bank), and various refugee camps.

The normalization that has occurred in the last few months has been relatively easy to negotiate because there is no land to divide, and there are no refugees to be discussed. The Arab countries involved have not even been actively at war with Israel at any time. Normalization with Lebanon and Syria will be much harder to achieve. Even with Egypt and Jordan who technically are at peace with Israel, there is much more normalization needed, and it won’t be easy to get there.

But Arabs have to see peace not as the ultimate goal but as the starting point. They should have seen it that way from the start, but it’s still not too late. Any disputes between Israel and Arab states can be resolved peacefully much more easily and fairly than they can be resolved through war. This is not a naïve statement of wishful thinking but a statement of fact.

If Arabs had accepted the 1947 United Nations partition plan, Palestine would now exist and it would be the same size as Israel. If Arabs had established a state before 1967 based on the 1948 armistice lines, they would now have all of Gaza and the West Bank. If the Arabs had accepted after the 1967 war to discuss peace, Palestine would have been created then and there, most likely with borders close to the 1948 armistice lines. Betting against peace year after year and decade after decade has not worked in the Arabs’ favor. It’s time to stop betting on a losing horse.

The representatives of the Palestinians show no sign so far that they understand history. They still make claims about a Palestine stolen by Western imperialists when in fact Palestine has never existed as an independent state and the Jews have never been Western imperialists unless imperialism means returning to a land that you were forced to leave, and unless being Western means living in the West as second-class citizens and then being decimated through mass murder.

It’s time to embrace peace for the sake of peace. It’s time to recognize that Jews, like Arabs, Kurds, Turks, and Armenians are people of the levant. It was time 73 years ago to do these things, and it’s still time now because the thing about time is that it moves only in one direction. The Arab world should lead the Palestinians in that direction rather than letting them live in a past that for the most part has never even existed.