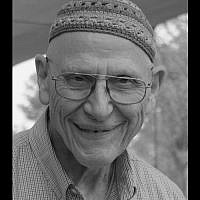 The Blogs
Frank Mecklenburg
Apply for a Blog
Please note that the posts on The Blogs are contributed by third parties. The opinions, facts and any media content in them are presented solely by the authors, and neither The Times of Israel nor its partners assume any responsibility for them. Please contact us in case of abuse. In case of abuse,
Report this post. 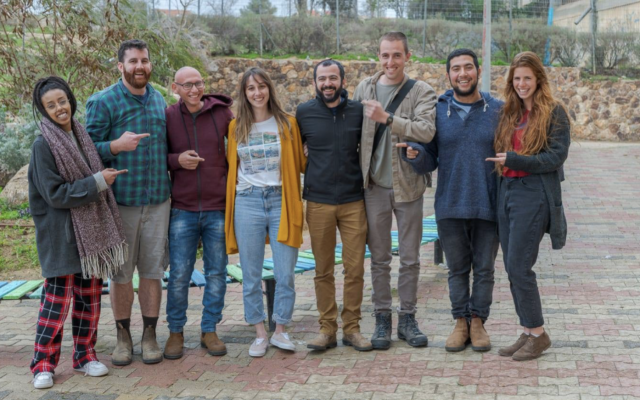 A group of Israeli young people ages 20–24, who are part of the People and Land movement, decided to live in the community of Arad located on the edge of the Negev desert and moved here a year ago in January of 2020.

They plan on staying in Arad for a long time. Their desire is to be a positive influence in the community and attract more young people to settle in Arad. The basic group of 15 young people is quite diverse, representing many aspects of the Israeli community — including some still in the army; some rightwing and some leftwing; some religious and some secular; and some kibbutzniks and settlers.

All of them have the same purpose which is contributing to the life of Arad.

The People and Land movement was first established in Kibbutz Keren Shalom located near the Gaza Strip and the Egyptian border. The leaders of the group saw the potential of expanding the movement to more locations and one of the locations chosen is Arad. All of the young people with this movement in Arad learned about People and Land in Kibbutz Keren Shalom and about a group that was to start in the city of Arad to help the community.

They also have a love for the Negev desert is why Arad was chosen. Yahav, 21 who is part of the group in Arad said, “In Arad there is a special magic. The desert embraces all parts of the city, which is composed of the Israeli mosaic all over its shades.”

Several of the group came to Arad a few times to visit before deciding to live here and were so impressed with the area and the people that they have chosen to live in Arad and contribute to the community.

Roi Kidron is stationed in Jerusalem with Sherut Leumi — a civilian service alternative service in lieu of military service, but spends the weekend in Arad along with other soldiers who are stationed in other locations who are part of People and Land in Arad.

Besides the soldiers, there are those who have finished the army and are now living and working in Arad. As more complete their time in the army, the People and Land group will volunteer on city projects, work in the city, and some will possibly study at Ben Gurion University or other colleges in the Negev.

One of their projects is teaching young people their age, one or two times a month about Zionism and the importance of the Land of Israel. They also want to make a community garden. Another need they see is for a bar for young people to gather for entertainment and for socializing because the closest venue for youth to socialize is in Beersheba.

The city of Arad has provided accommodation in one of the youth centers in Arad that was part of the Jewish Agency. The group has felt a warm welcome from people in Arad and appreciates the support of the people.

Of course, this is a new thing and there is much potential for this group to grow and for more contribution to the community of Arad as this movement develops.