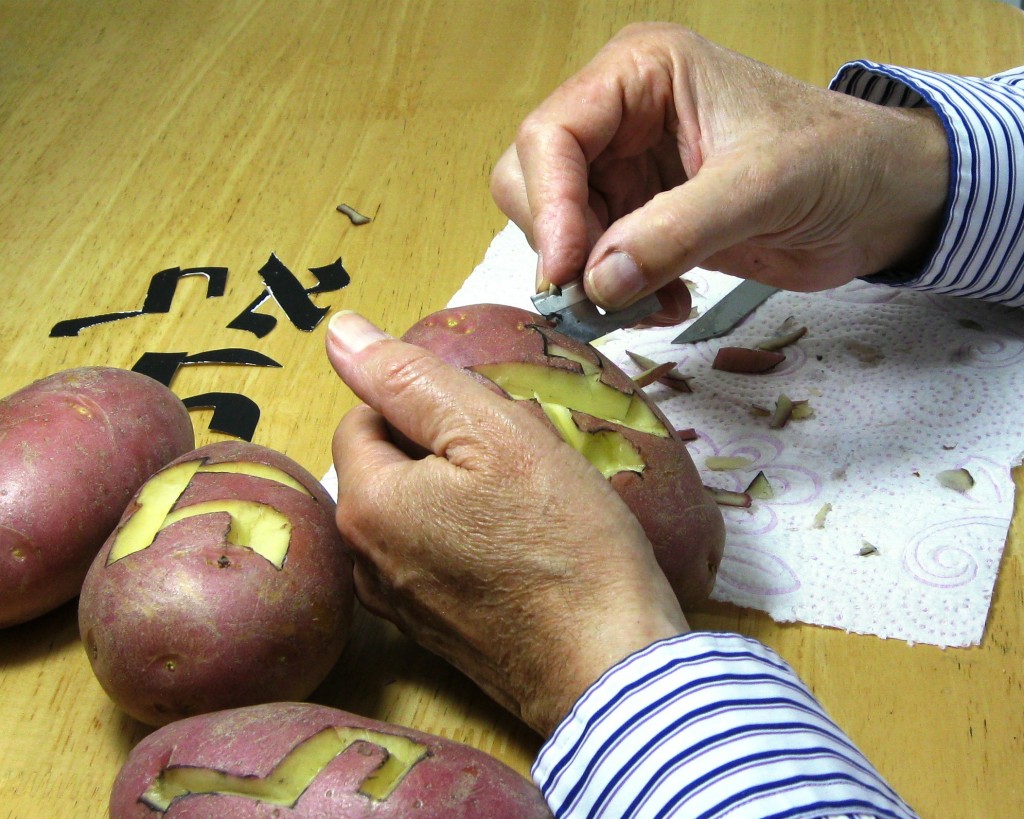 I explore the links between ThePlace, one of names of God, and TheCloud, the digital age global network of networks, in my book Photograph God: Creating a Spiritual Blog of Your Life http://photographgod.com.  Facets of my exploration are offered below.

The photo above is shows me carving Hebrew letters from a potato as part of the “Torah Tweets” blogart project that I created with my wife Miriam. It relates spiritual media systems exemplified by the Hebrew alphabet to physical and digital media systems of atoms and molecules and bits and bytes.

ThePlace in Hebrew is HaMakom. “Why do we call God by the name HaMakom?  Because God is the place of the world.”   These words penned almost two millennia ago as a commentary on Genesis teaches us that HaMakom, the Omnipresent, is everyplace. HaMakom is the spacial name for the endless God.

The biblical narrative describes Jacob coming upon a nameless place on his journey from his parent’s home to a distant place that he has never seen.  It was at that place where he stopped to sleep that he had the dream of a ladder linking heaven and earth.

“And Jacob left Beersheba and headed toward Haran.  He came upon the place and spent the night there because the sun had set; and he took from the stones of the place which he arranged around his head and lay down in that place” (Genesis 28:10-11).

It was in this rocky no-man’s-land that Jacob encountered HaMakom.   If God is in everyplace, how could Jacob have stumbled upon HaMakom in one particular place?  Jabob came upon a new insight rather than finding a new geographical place.  He came to realize that in the finite place where he happened to stop for the night is where he encountered the infinite HaMakom. He began to see that God was present wherever he stopped on his life’s journey.  Jacob stumbled upon the understanding that wherever he found himself was the right place at the right time.  When he awoke from his sleep, he said “Surely God is present in this place and I did not know it…. How awesome is this place (Genesis 28:17-18).  Jacob’s insight teaches us how awe-inspiring it is to discover God’s presence everyplace we happen to find ourselves.

Photograph God by focusing your smartphone lens on Hamakom, ThePlace, anyplace where you see divine light illuminating reality.  Photograph places in nature that God creates and places that God creates through human creativity.   Let your lens collect the light reflecting from the reality shaping your life and you will find yourself photographing God.

THEPLACE AND THECLOUD LINKED IN THE TORAH

A creative digital age translation of the first verses of the Bible from the original Hebrew can offer us a fresh look at connections between ThePlace and TheCloud.  “In the network, God created media systems for creating heaven and earth.  When the earth was absolutely empty and dark, God created light and separated between light and darkness (1 and 0)”

We can read the first word of the Bible B’reshit (In the beginning) as B’reshet (In the network).  In Genesis 1:1, the Hebrew word et appears twice, before heaven and before earth.  “In the beginning God created et the heaven and et the earth.”  Since English has no equivalent for the word et that links a verb to a noun, it drops out in translation. et is spelled alef-tav, the first and last letters of the Hebrew alphabet.  Spanning the full set of 22 Hebrew letters, et symbolizes media systems. 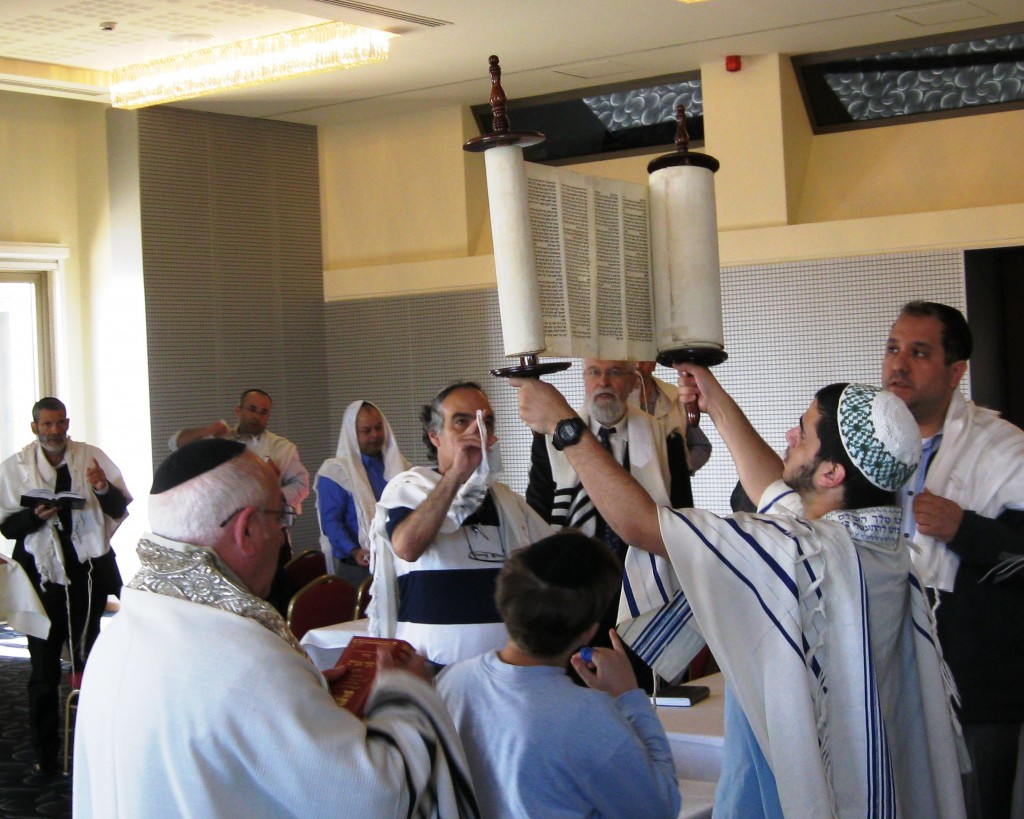 ‘TheCloud’ is a digital age term that describes a vast number of computers interconnected through a real-time communication network such as the Internet.  TheCloud embodies a peer-to-peer distributed architecture without the need for central coordination.  Residents of TheCloud act as both suppliers and consumers of information. TheCloud appears to be cloudy because it is unpredictable which paths data packets will take when transmitted across a packet-switched network that links your computer, tablet and smartphone to every other one in the world. TheCloud is a living network of networks of networks blanketing our planet.

When you photograph God and post your images on your blog or on Facebook, Flickr, LinkedIn, Twitter, or other sites in TheCloud, you distribute them worldwide, sharing them with all who enter into TheCloud. When you are spiritually blogging your life, you are building a blog in TheCloud that continues to live on in The Cloud, accessible to billions of others. Indeed, I am writing this book in Dropbox, situated somewhere in The Cloud unknown to me.

TheCloud is a thought-provoking metaphor for an invisible God everyplace that can be revealed to us anyplace that we invite divine light to illuminate our retinal screen.  ThePlace, HaMakom, is the One and only master network of all interlinking networks.  That you see nothing at all looking at the motherboard or memory of your computer with the most powerful microscope is extended to every other digital device in TheCloud.  However, the screen on your computer, tablet or smartphone can reveal every photo, video and text on a growing global organism that we call TheCloud.

THECLOUD IN THE BIBLE

In his book Judaism: A Way of Being, distinguished Yale University computer science professor David Gelernter explores the paradox that God coexists as an abstract, indescribable, and invisible transcendence and an intimate presence close to us everyplace we are.  He proposes a veil between God and man to reconcile two verses from the same chapter of the Bible: “No man can see Me and live” (Exodus 33:30) and “The Lord spoke to Moses face to face, as a man speaks to his neighbor” (Exodus 33:11).  Perhaps the metaphor of a veil made of a misty cloud can resolve the passages from the Midrash: “Let the soul praise God whose place nobody knows” and “In every place where you find a trace of human footprints, there am I before you.”  God can be intimately close while not visible through the veiling cloud. 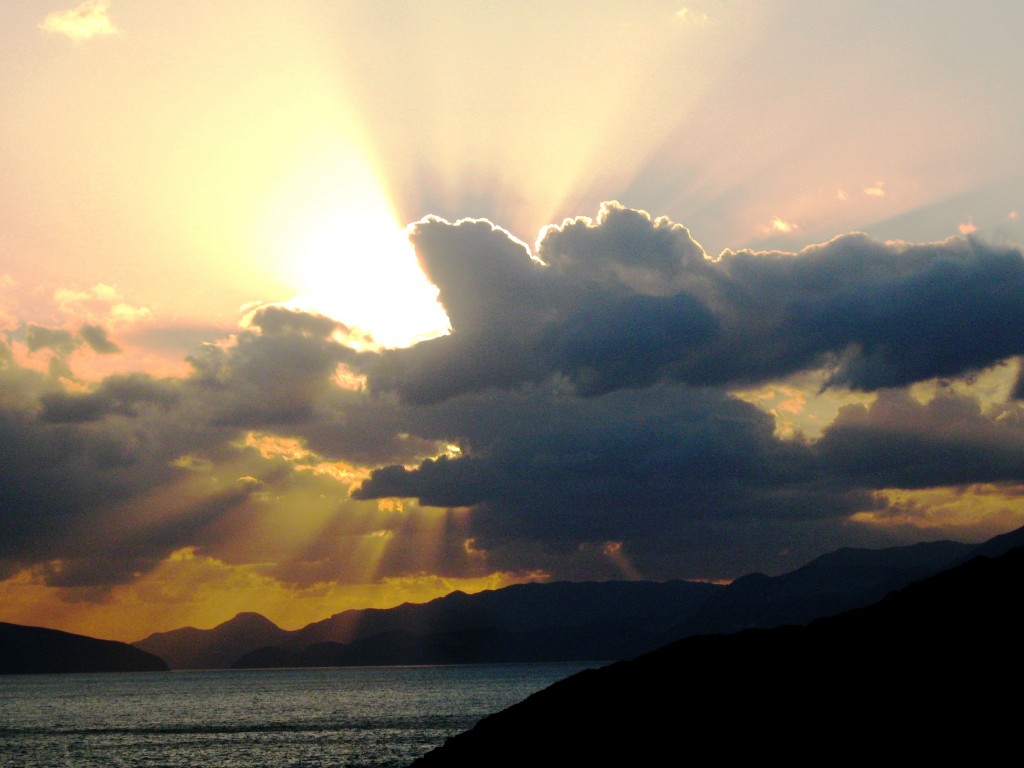 A number of biblical verses describe a cloud guiding the Israelites on their trek through the desert and hovering over the Mishkan (the Tabernacle).  Kabbalah proposes that the cloud over the Mishkan extended over the huts of every family.  The cloud both shielded them from the scorching desert sun and was translucent enough to let enough light through to see their way.  TheCloud is a metaphor for God’s both being hidden above a hovering cloud and divine light that can illuminate our huts when we let God in.  Kabbalah proposes ten sephirot, stages in the creative process, thorough which the blinding intensity of divine light filters down into our everyday world. In Genesis 9:13, God sets a rainbow in the cloud as a sign of a covenant between God and the earth.  The rainbow spectrum transforms white light into the multicolored world for us to enjoy if we open our eyes in wonder.

Educated as a scientist, The Lubavitcher Rebbe, the 20th century’s greatest Hasidic leader, recognized the spiritual power of TheCloud early on.  Each of the nearly 4,000 husband-wife emissary teams who established Chabad Houses from Miami and Paris to Mumbai and Katmandu have created websites. The emissaries’ annual conferences can be viewed live via Internet simulcast with a running Twitter commentary.  The Rebbe, Menachem M. Schneerson, teaches:

“The divine purpose of the present information revolution, which gives an individual unprecedented power and opportunity, is to allow us to share knowledge – spiritual knowledge – with each other, empowering and unifying individuals everywhere. We need to use today’s interactive technology not just for business or leisure but to interlink as people – to create a welcome environment for the interaction of our souls, our hearts, our visions.”