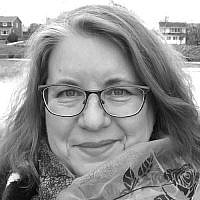 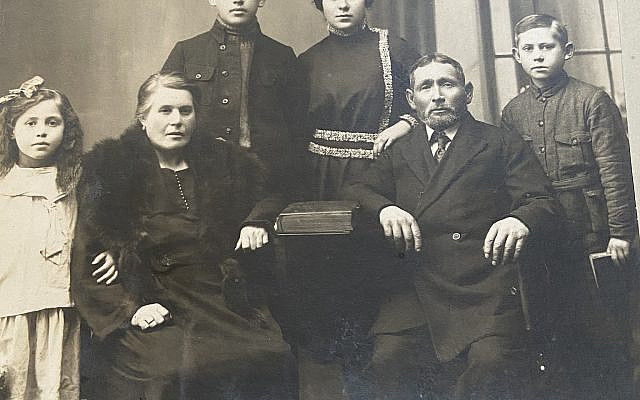 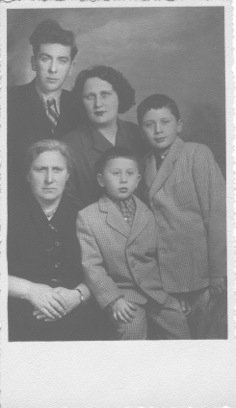 For most of his life my husband could count his small post-Holocaust family on the fingers of one hand: “We were five.  My brother and me, my parents and my grandmother.”  That’s all he knew. Everyone else was dead, and their deaths were so awful, that no-one even spoke the names of the lost aloud. As if they had never lived.  Their occupations, their hobbies, likes and dislikes, none of it was spoken about, so none of it was known.  My husband’s parents rebuilt their lives after the war without the benefit of family, jobs, homes or possessions, except for a few very precious photographs from “before.”

In recent years, we’re counting on more than five fingers as we’ve joyously embraced some discovered cousins (by marriage), with whom we’ve connected in Canada, Sweden, the US and Israel.  And now we have names and approximate dates for those who perished. Many were murdered by Lithuanian collaborators in the killing pits of Ponar, formerly a country place Jewish families went to for weekend picnics, about thirteen kilometres from their stylish homes in Vilna.

You know how you read a book or watch a tragic film, and you long for a Hollywood finish? How you’d like to press rewind and imagine the beautiful life they would have had, if only they’d made it? But the pit of your stomach says that’s not how the story will end. There are few miracles in the sad story of the Shoah; the loss is like waves crashing over my head some days.  Work may have saved some Jews for a while, but even having worth-its-weight-in-gold work papers didn’t mean that you weren’t going to be part of the Final Solution, as Shimon’s great-aunt Nechama was, just two days before her camp was liberated.  Only 85 people of over 2,000 were left to “liberate.” She was not one of them.

And so, “We were five,” was the official family line for more than 70 years, although over time my husband came to understand that people who he initially thought were new friends in Israel were actually related. Even there, it was still traumatic to talk about family matters.

But in December I was startled with a new discovery in my Inbox from Yad Vashem, Israel’s Holocaust museum/monument, responding to a query I’d sent them months before.  They’d found a copy of a tracing card from after the war from Joseph Bromberg, writing from his home in New York.  Did anyone know what had happened to his step-brother Shmuel, or his other step-brother Meier, back in Vilna?

From his home in New York!

I grinned from ear to ear, laughing out loud to realize that Joseph, who I’d assumed didn’t survive, had actually immigrated in 1914 to the United States.  With the help of other online searchers, I found Joseph’s descendants and wrote them a letter, praying they would reply.  They did, and now we’re planning a family Zoom reunion.

In my letter I’d included the precious family photo taken in Vilna of Shimon’s grandmother as a young woman with her parents and siblings. The picture, which we think was taken in 1923, is a treasured family heirloom, bearing witness to a long and arduous journey, hardship, deprivation and suffering.  It has frayed edges and a large crack down the middle, a visual reminder of how this close-knit Jewish family was ripped apart by Nazi Germany and the forces of war. 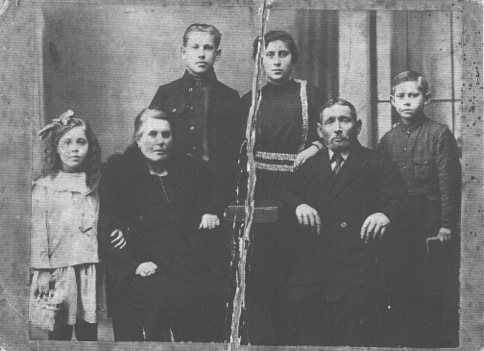 Incredibly, it was nestled in with a few personal items as Ida fled her loving family home in Vilna, having received a tip off that it would be best to leave town, and fast.   She and her husband escaped with their daughter Bela and a nephew with four other families to a temporary safe spot in Baranowice, where Ida worked in a collective bakery by day and attended Communist meetings at night.  They never saw their family in Vilna again.

Then, like the hastily grabbed bread the Jews couldn’t bake when fleeing Egypt, the photo was deported along with its owners by Russian forces.  Prodded for two weeks on cattle cars, trains and barges, the family kept it safe all through their time at their next destination: a barren log cabin in Siberia, where Shimon’s grandmother worked in freezing temperatures in the forest with the men as a lumberjack.

Tucked somewhere for safekeeping yet again, the photo kept moving with them for thousands of kilometres, on to Tashkent, where the family found work in various industries until the war ended.   Then the heartbreaking and difficult return to Europe, first to Romania, Bela having married a fellow prisoner who came from Czernowitz.  Living for a while in a storage closet with no running water or bathroom, and now with a new baby, they tried to make sense of the awful news that their families had all been murdered.

The photo was with them as they returned to Vilna, and then on to Poland as the five tried to leave Europe’s still rampant anti-Semitism once and for all. Although books, records, and the family’s piano were all forcibly left behind, the photo was packed safe for the plane ride to Tel Aviv, where this testimony to a vanished world now rests protected, inside a drawer in my mother-in-law’s apartment in Rishon-le-Zion.

Of the six people photographed when she was nineteen, Shimon’s grandmother Ida was the sole survivor. She never told her grandsons about any of the others.

When the newly-found cousin in America said quietly on the phone, “My sister said we have the same photo, but we didn’t know who those people were,” I wanted to cry. This week, they emailed us their copy of the photo, the past leaping through my computer screen. It’s real.  I had found them, I thought, longing anew for a happier ending for the family I will never know. “I am your cousin,” the sister wrote, the words as much a gift as the photo, a mirror of our collective loss. Mishpacha (family).

The American cousins’ photo is more pristine; presumably it only made the one journey, from Vilna to New York, perhaps mailed with a newsy letter from home. How precious it must have been to open the envelope and see them:  beloved mother looking prosperous in her fur-trimmed jacket, Rabbi step-father, a confident big and a sweet little sister, two handsome brothers.  How long the years of waiting to find out what happened to them. 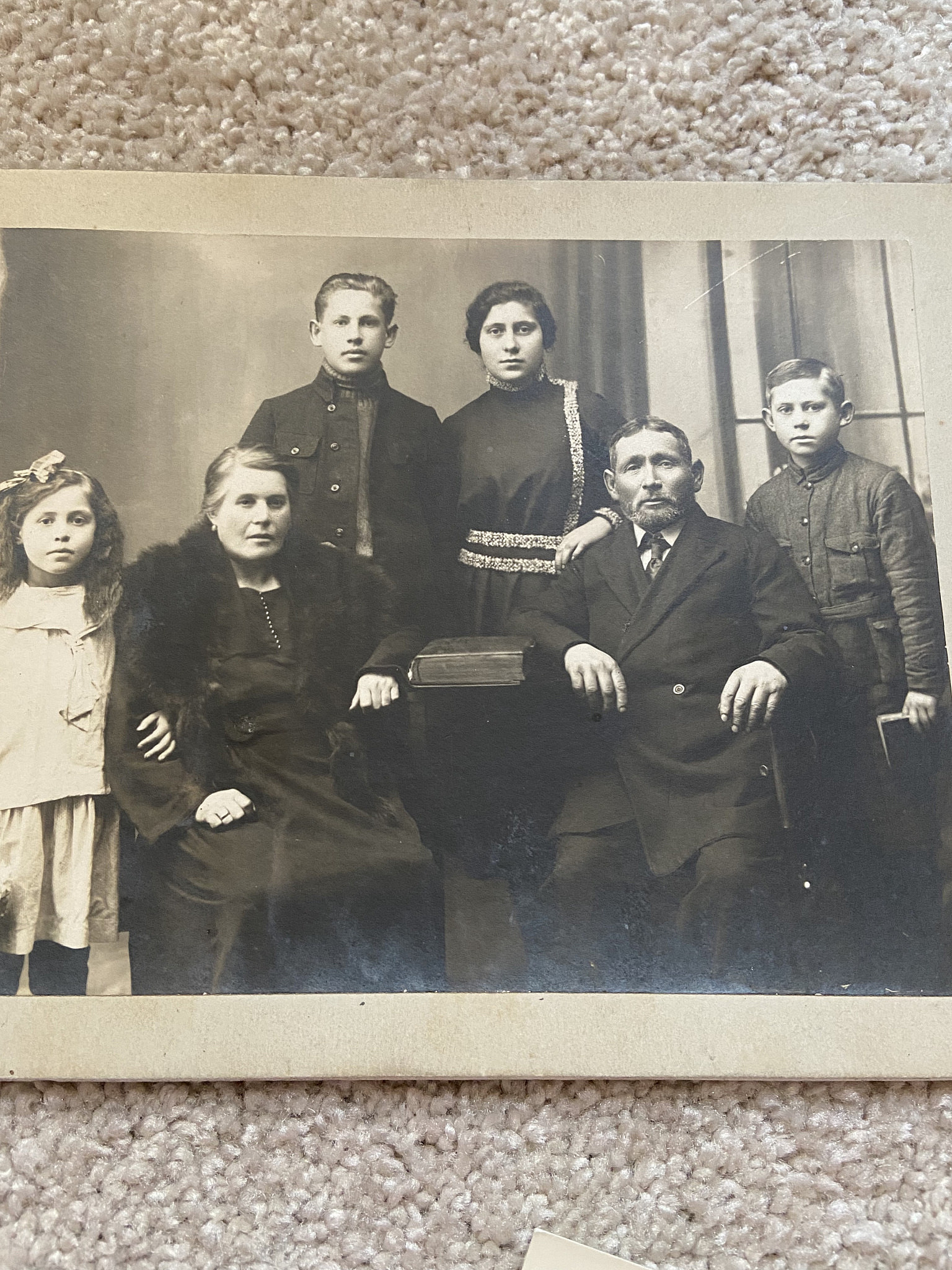 Where is my step-brother, Shmuel? Seventy-some years later, the reply comes, not from Vilna, but from Nova Scotia. He is gone but we’re here, waiting until we can all meet safely.  For now, we compare our photos, giving thanks for finding each other and for happy endings.

About the Author
Peggy Walt has worked for almost 40 years in the arts and culture sector in her native Nova Scotia, Canada. She is a Jew-by-choice and has been researching her husband's family during the Shoah, the proposed subject for a Master of Fine Arts Program in Creative Nonfiction at King's University in Halifax.
Related Topics
Related Posts
Comments