Much has been said about “lying.” If you Google up the term “lie,” you will find many tens of sayings from all types of cultures and groups.

Even by us Jews, the subject of lying earned its place as number nine of the Ten Commandments. “Thou shall not bear false witness against your peer” is a negative commandment prohibiting perjury.

We can understand a lie in the way it is mentioned in the Tractate Shabbat in Talmud Bavli, “Falsehood has no feet”, or as this saying has been known in more recent generations: “For falsehoods, there are no feet”. This is a saying that has its source in the Midrash and the Talmud and it means: Falsehood does not have a solid foundation and, as such, it struggles to remain standing for any length of time and eventually collapses. As opposed to words of truth, a false word cannot endure and the liar will eventually be exposed.

Yet, as much as there are numerous sayings about the duplicity of lying, the practice of resorting to lies is on the increase. Utilizing lies has become a social norm and is prevalent in every place and every matter – from the corridors of the Knesset to the many investigations that are being conducted against the Prime Minister and certain MKs from all sides of the political spectrum. And perhaps this is the catalyst for the increase of lying that has infiltrated the corridors of the courthouse. 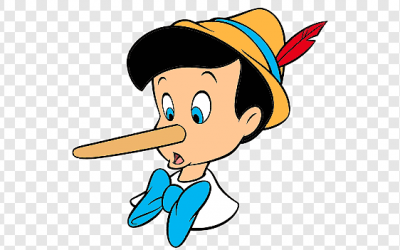 Are the many lies delivered by the MKs, legitimizing perjury, liberating our tongues and giving our words the freedom to fly around without any connection to reality?

From what occurs daily in the halls of justice it looks like the plague of perjury is in competition with the Corona Virus in the way it spreads.

In the past, the courts were the place where people swore to tell “the truth and only the truth”, an assurance that was an oath taken upon a book of faith.

The judges would warn the witnesses of the penalties meted out to those who presented false testimony, exactly like the ninth commandment states, “Thou shall not bear false witness against your peer”. Today, the judges contend with fabricated evidence and lies that flood the pages of the protocols.

Lawyers and judges sign up for courses given by companies advertising special training for legal professionals, that enable one to read body language. The ad states, “Just be aware that they are lying to you”. In other worlds, “Everyone lies, so learn to recognize who is lying.”

Only a few days ago in the Tel Aviv Rabbinical Court, (Case 1104441-11), a divorced man claimed that he signed a divorce agreement only two weeks after he was released from the mental health facility where he had been hospitalized and therefore, was not mentally fit to sign it.

For the purpose of proof, he submitted a Hospital Release document from the rehabilitation center dated two weeks before the date the divorce agreement was signed. The lie was hidden in the hospital release paper. The two-page document that he submitted to the court to substantiate his claim, was tampered with. The divorced man submitted only two out of the original five pages. To do this, he erased the notation of “Number of pages”. He also edited the document so that the court would not see the other paragraphs indicating in black and white that he is sane and mentally fit. To such lengths will somebody go to lie. Indeed, another lie from the ever-spreading plague of lies.

The question to be asked is how was this lie spotted by the judges?

In this case it was the court sessions.

“We are dealing with an extremely serious act wherein the plaintiff is consciously attempting to deceive the court. He took a serious step toward the boundary of criminality.”, they wrote. The Judges pointed out that the plaintiff attempted to dupe the Beit Din (Rabbinic Court) in order to extort from his ex-spouse. And only by going soft on the law did they hold back from assessing him punitive expense payments.

Such is the picture. The big problem in my opinion, is how are we responding to this phenomenon? The plague of perjury is overwhelming our lives. Have we learned to live with lies? Has lying become a “misdemeanor” – a “small sin” that society has legitimized because everyone does it, so it’s okay? Have the ethical boundaries become blurred? The boundaries of what “we must do’ and what “we cannot do”?

And, where will this lead us?