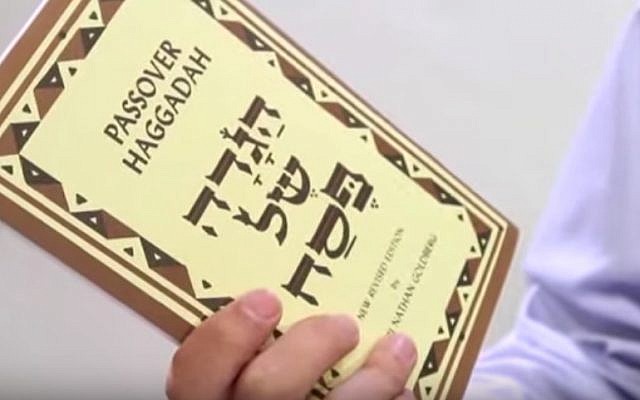 Now that Jews all over the world will once again assemble around the seder table and read the Haggadah — the story of the exodus from Egypt — it may be worthwhile to put some thought into the art of reading.

In The Phaedrus (275a-278a) and in his Seventh Letter (344c), Plato questioned — and in fact attacked — the written word as being completely inadequate. This may explain why philosophers have scarcely written about the art of writing, although they extensively engaged in that very craft!

It is well known that Plato used to write in the form of dialogues, and it is clear to anyone reading these conversations that his main purpose in doing so was to hide the characteristics of the texts. He worked for years on polishing this literary form. Cicero maintains that Plato actually died at his writing table at the age of 81. “Plato uno et octogesimo anno scribens est mortuus.” (Cicero, “On Old Age,” Section 5.)

What bothered Plato was that he believed the written word would fall prey to evil or incompetent readers who would do anything they want with the text, leaving the writer unable to defend or explain himself or herself. He feared the text would take on a life of its own, independent of its author, as is indeed characteristic of the written word. Even more interesting is his observation that a written text actually becomes a “pharmakon” — a drug that can either heal or kill, depending on how it is applied. It may even be used as a prompt, but will ultimately lead to memory loss since it will make the brain idle. Years later, Immanuel Kant wrote along similar lines, saying that the “script” wreaked havoc on the “body of memory.” (Immanuel Kant, Anthropologie in Pragmatischer Hinsicht, Suhrkamp, STW 193, Frankfurt am Main, pp. 489-490.)

However, according to Plato, this means far more than just losing information, or being deprived of the skill of memorizing. For him, real knowledge was a matter of “intrinsic understanding,” demanding a person’s total presence within what he reads or says. Only that with which I totally identify and which has become united with my Self can be called knowledge and is in-scribed in my whole personality. That which I have simply read or learned superficially is not really knowledge.

Unwittingly, Plato touched on a most fundamental aspect of the Jewish tradition. We Jews are called “the people of the book.” But we are not; we are the people of the ear. The Torah is not to be read, but is rather to be heard. It was not written in the conventional sense. It was the Divine word spoken at Sinai, which had to be heard and which afterwards, out of pure necessity, became frozen in a text, but with the sole intention of being immediately “defrosted” through the art of hearing. This, then, became the great foundation of the Jewish oral tradition.

Reading entails using one’s eyes and, as such, the act remains external. The words are not carved into the very soul of the reader. Rabbi Yaakov Leiner, son of the famous Ishbitzer Rebbe, Rabbi Mordechai Yosef Leiner, and one of the keenest minds in the Hasidic tradition, speaks about seeing. He makes the valuable observation that sight discloses the external aspect of things while hearing reveals the internal. (Rabbi Yaacov Leiner, Beis Yaakov, “Rosh Chodesh Av.”) One must hear a text, not read it. This is the reason why the body of Torah consists of minimum words and maximum oral interpretation.

Still, does not the open-endedness of the Torah present the opportunity for anyone to read his or her own thoughts into the text and violate its very spirit? The Jewish tradition responded to this challenge with great profundity. It created an ongoing oral tradition in which unwritten rules of interpretation were handed down, thereby securing the inner meaning of the text, while at the same time allowing the student to use all of his or her creative imagination. Even after the Oral Torah was written down in the form of the Talmud, it remained unwritten, as any Talmud student can testify. No other text is so succinct and “understaffed” in written words, while simultaneously given to such vast interpretation. The fact that the art of reading the Talmud can only be learned through a teacher–student relationship, and not merely through the written word, proves our point. Only when the student hears his or her master’s oral interpretation of the text is the student able to read it, because the teacher will not only give explanations, but will also convey the inner vibrations that were once heard at the revelation on Mount Sinai. This is the deeper knowledge that teachers themselves received from their masters, taking them all the way back to the supreme moment at Sinai. In that way, the students can free themselves from a mechanical approach to the text. Each person will hear new voices in the old text, without deviating from its inner meaning. This will provide the courage to think on one’s own and rid any personal prejudices. The text, then, is not read but heard.

Jewish law states that even if one is alone on the Seder night, one must pronounce the text of the Haggadah and not just read it. One must hear oneself, explain the text in a verbal way, and be in continuous dialogue with oneself, so as to understand and feel what happened thousands of years ago. Plato alluded to this matter without fully realizing why his own teachings never came close to receiving the treatment they perhaps deserved. They are read too much and heard too little.

This may be the difference between the Divine word and the human word. The Divine is a dimension where words have no spiritual space. Human words are too grounded in the text. The Divine word goes beyond these textual limitations and can find its way only through the act of listening, because it is through this particular one of our senses that we are able to hear the “perpetual murmur from the waves beyond the shore.” (Abraham Joshua Heschel, Man Is Not Alone: A Philosophy of Religion (New York: Farrar, Straus and Giroux, 1976) p. 8.)

When we read the text on the seder night, we should be aware that it only provides the opening words. The real Haggadah has no text. It is not to be read, but is rather to be heard. And, just as with the Torah, we have not even begun to understand its full meaning. We are simply perpetual beginners.

Every week I receive hundreds of emails and important observations on my essays, via many channels. Unfortunately, the volume makes it impossible for me to respond to every comment. Please know that I deeply appreciate every comment, and learn from them all. Thank you for taking the time to share your comments. I hope you will continue to do so.
— Nathan Lopes Cardozo

About the Author
Rabbi Dr. Nathan Lopes Cardozo is the Founder and Dean of the David Cardozo Academy and the Bet Midrash of Avraham Avinu in Jerusalem. A sought-after lecturer on the international stage for both Jewish and non-Jewish audiences, Rabbi Cardozo is the author of 13 books and numerous articles in both English and Hebrew. Rabbi Cardozo heads a Think Tank focused on finding new Halachic and philosophical approaches to dealing with the crisis of religion and identity amongst Jews and the Jewish State of Israel. Hailing from the Netherlands, Rabbi Cardozo is known for his original and often fearlessly controversial insights into Judaism. His ideas are widely debated on an international level on social media, blogs, books and other forums.
Related Topics
Related Posts
Nathan Lopes Cardozo
Comments