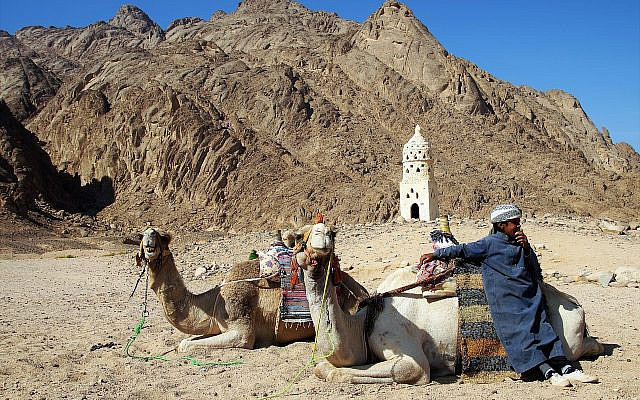 The first place that Israel’s new Minister of Communication, Mr. Yoaz Hendel, visited on assuming office earlier this year was the Bedouin town of Tel Sheva, just outside Beersheba. When the visit was announced, many were puzzled. During the visit, though, Hendel explained why he had traveled to a marginal community in the South of the country: the new government will provide high speed internet to every person in Israel, he promised, including the Bedouin.

This news will certainly be welcomed by that sometimes marginalized community. Despite analysts claiming that the future of Israel is in the Negev, Bedouins still face systematic discrimination in Israel, and during the recent elections some far-right groups even claimed they present a threat to the nation. However, it also appears that the new government is borrowing an idea from overseas: both the US and Australia have focused on providing high-speed internet to rural communities over the past decade, and some have credited these programs with significant boosts to productivity and GDP.

Providing Internet to the Bedouin

The program to provide high-speed internet to communities in the Negev is, in many ways, long overdue. The region, and therefore many of the minority groups that live within it, lag far behind the rest of the country when it comes to infrastructure. A study by professor Amit Schechter of the Department of Communications at Ben Gurion University found that just 34% of homes in Bedouin towns and villages are connected to the internet, compared to 70% of Israeli society in general.

The recently announced program is also relatively inexpensive. The initiative will be rolled out as a joint project of the development authority and the southern district in the Ministry of Interior, and will cost approximately NIS 16 million ($4.67 million). It has been developed partly in response to a similar project in Arara, where free WiFi infrastructure has been offered to Bedouin communities since 2017. The announced program will extend this model, with nine further councils (Al-Kason, Rahat, Neve Midbar, Ksaife, Hura, Lakiya, Tel Sheva and Segev) to receive similar infrastructure.

The Internet for Development

There appear to be two major motivations for the program. One is that, during the Covid-19 pandemic, government agencies found it very difficult to communicate with Bedouin communities, and members of ethnic minorities found it difficult to get access to health information. As the Ministry of Interior said in a statement: “unfortunately, it became ever clearer during the coronavirus crisis that the Bedouin society needs to have access to information. This investment will lead to an improvement in the quality of life of the residents during normal times and during emergencies.”

There may also be a more pragmatic motivation, though. In the US, statistics on rural internet coverage indicate that speeds in rural communities have steadily increased over the past decade, thanks in part to government spending. In the UK, another recent program aims to invest $300 million in providing high speed connections to isolated communities.

There are many benefits of high speed internet to rural populations. One is simply the ability to contribute to the cultural life of their nation. Another is economic. Analysts argue that investment in rural internet can have huge benefits for the economy of nation-states as a whole. The money devoted to building WiFi infrastructure provides much-needed jobs in economically disadvantaged areas, and free access to information is a powerful way to increase educational levels in impoverished communities.

The Internet in Israel

For the new government of Israel, the program is also a way of bringing Bedouin communities closer to a nation that many do not feel a part of. The Ministry of the Interior said in a statement, “This is a move that will drive forward Bedouin society,” and “will allow school children, business owners, and the councils themselves to advertise events and activities and to improve the level of basic services as well as prepare for emergencies, and also create an advanced platform for smart city services.”

Many are skeptical of these aims, however. The internet in Israel is still haunted by two problems. One is that Israel’s internet speeds remain very slow in comparison to other developed nations. This has led to a significant economic cost, according to some analysts, who say that the country’s promising but fragile start-up economy is being threatened by a lack of government investment in core internet technologies such as fiber optic cables.

The other major concern with the internet in Israel is that online activity is subject to a much higher level of state surveillance than almost anywhere else on earth. For many citizens, this only became apparent during the recent Covid-19 pandemic, when contact-tracing required no special legal or technological powers, because information is already being collected by security services. As some journalists have pointed out, “over the past decade, Israel has enacted a number of surveillance laws that allow unrestrained use of personal information of citizens for routine investigations, not only for the prevention of terrorism.”

Given these two issues, it’s not hard to see why some citizens have criticized the plan to bring internet access to the Bedouin. The government would be better off investing in high-speed cables for Israel’s tech companies, say some. Others have detected a less benign motive: that by encouraging ethnic minorities to communicate online, the government will be able to extend it’s already powerful surveillance capabilities.

Whether these criticisms are justified remains to be seen.