The Blogs
Gabi Kaltmann
Apply for a Blog
Advertisement
Please note that the posts on The Blogs are contributed by third parties. The opinions, facts and any media content in them are presented solely by the authors, and neither The Times of Israel nor its partners assume any responsibility for them. Please contact us in case of abuse. In case of abuse,
Report this post.

One of my favourite novels is ‘The Kite Runner’ by Khaled Hosseini. There is a quote in it that really resonates with me: “Children aren’t colouring books. You don’t get to fill them with your favourite colours.” There is such truth in it, and there are some clear parallels in t 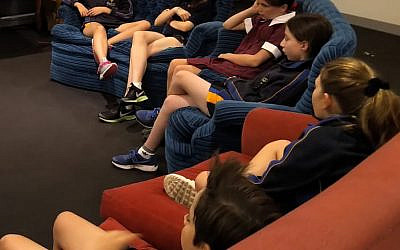 his week’s Parshat Toldot. This week’s parsha speaks about the birth and youth of Jacob and Esau, twins with two fundamentally different personalities. When reading the Parsha we learn about the great responsibilities and difficulties in raising children.

We are reintroduced to the twins’ father, Isaac, in this week’s Parsha as a blind and elderly man. However, his shrewdness and understanding of human nature is very much still intact as shown when Jacob dresses up as Esau by covering his arms in goat skins to impersonate his hairy brother’s body. Isaac, although blind, is suspicious and asks Jacob: “Please come closer, so that I may feel whether you are really my son Esau or not.” From this phrase and what we know of Isaac’s intellect, we can suspect that he was in no way oblivious to the barbaric and boorish nature of his son Esau. Why then did Isaac continue to adore and cherish Esau, and most importantly why did he choose to bless him before his other and significantly more righteous son Jacob? 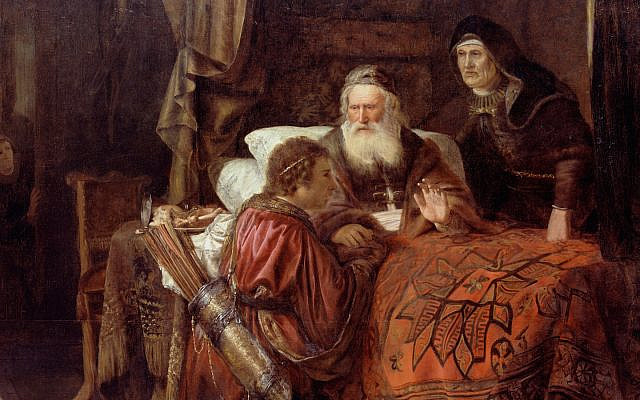 Isaac’s continuous love for Esau is not very difficult to explain. Ultimately Esau was his son, and despite his various undesirable characteristics, Isaac’s devotion to him never wavered. Despite Esau eventually succumbing to the immoralities of the surrounding societies, Isaac never viewed his child as straying too far from repentance and being able to return to the ways of G-d.

Moreover, Isaac specifically decided to bless Esau with the choicest of blessings because he did not necessarily view Esau’s attraction to the ‘great outdoors’ and wilderness as a negative.

Isaac understood that no child is born evil nor malevolent, rather, as any father would, he saw Esau’s desire to roam the wilderness, hunt and enjoy the outdoors as an advantage in his spiritual service of G-d, representing the fulfillment of the wider role of Judaism throughout the globe. However, like with most things in this world, we must attain some sort of equilibrium, a balance not to take things too far, and not to stop short of achieving our goals. Esau, however, yielded to the whims and lustful nature of the corrupt society around him. Nevertheless, a father’s love does not waver, and in this case, Isaac’s eternal love and devotion does not sway. He adores Esau to the point that he was willing to give him the dearest of blessings, to help his son and his descendants prosper and achieve greatness.

Yet, in some way, all of us can acknowledge that blind affection and adoration for our children isn’t always helpful, but rather can be counterproductive and in some ways even harmful. The sages actually criticise Isaac for not attempting to deal with Esau’s troublesome behaviour head-on, acknowledging it and confronting him to change.

On November 23rd, we in Australia commemorated International Day for the Elimination of Violence against Women and Children. Every year on this date we recognise the huge evil in our society which is violence against women and children. In the majority of cases, such abuse is committed by the intimate partner of the women or the father of the children. The Australian Institute of Health and Welfare in 2018 revealed that 1 in 6 (approximately 1.5 million) women suffer from domestic violence. The unfortunate reality is that this is a real and existing issue, that anyone can become victim to. It is insidious, and often we do not know who in our community has fallen prey to the violence, intimidation and threats that they face in their personal lives.

I urge all of us to educate our sons to treat the women in their lives with respect and love. Being a part of the Jewish community does not make us immune to domestic violence, substance abuse and sexual assault. We can’t turn a blind eye to the negative actions our children may engage in. It is imperative we do not act like Isaac in this situation, rather we must confront the situation head-on. I am sure that everyone loves their sons and their daughters. Yet we must hold bad behaviour to account, and teach our children early, especially our sons, how to treat women. It is no longer acceptable to dismiss sexist behaviour by saying “boys will be boys”. Let us promote and educate our sons, and create a better future for women and all the community.