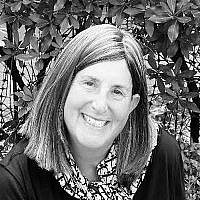 The Blogs
Rivy Poupko Kletenik
Apply for a Blog
Advertisement
Please note that the posts on The Blogs are contributed by third parties. The opinions, facts and any media content in them are presented solely by the authors, and neither The Times of Israel nor its partners assume any responsibility for them. Please contact us in case of abuse. In case of abuse,
Report this post. 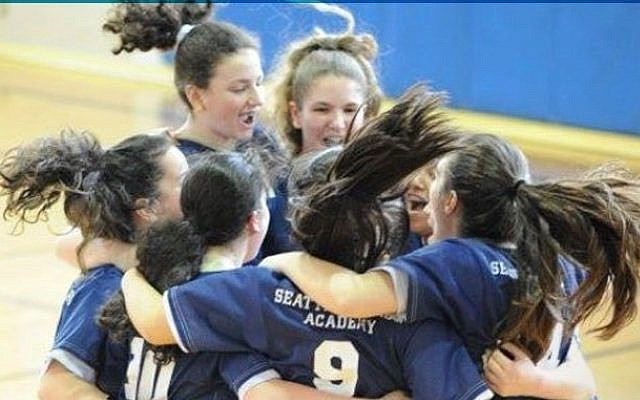 Never mind the Supreme Court ruling that Coach Joseph A. Kennedy from Bremerton, Washington is now permitted to pray after his high school football games, I ask: Should we be praying before or after or about sports at all?

When I first became head of a Jewish day school that offered competitive athletics, I was a reluctant fan. Yes, I wanted to be present in all aspects of school. Yet, I prided myself on rarely if ever attending my own children’s sports events. I was that mother who refused to carpool to ball games. Do something academic, I will be there to cheer you on!

However, I soon caught on that these games offered students wonderful opportunities for leadership, discipline, and a place for working hard on honing skills. It was exhilarating to see a student who might stumble while answering a question in class dominate the court, and show tremendous confidence while doing so.

Then it reached my ears that a coach was reciting prayers with the students before the games as part of their revving up ritual before game time. Not just any prayer but one of our holiest of prayers, The She’ma – “Hear O Israel.” For me, the disequilibrium was not a church-state separation issue; we are a religious school. And I am all for meaningful prayer experiences for our students. Yet I felt grave discomfort.

I wondered about the appropriateness of teaching students to turn to the Almighty for help with something as trivial as winning a game. Though the outcomes of these games absolutely mattered considerably to our students, I was not sure that victory on the court was prayer-worthy. On one hand, God is the address for all our concerns, both major and minor. And I must be truthful: on more than one occasion — in weak moments of desperation — I too have elicited the Almighty’s assistance in an unguarded desperate plea for help facing an everyday petty discomfort – in-the-moment parking spot crises, for example.

Yet, who am I to triage God’s prayer queue? Prayer is complicated. An All-knowing God can discern the secrets of our hearts better than we. Thus, the articulation of prayer in the form of liturgy is to be understood more as an exercise in reminding ourselves of what is prayer-worthy.

Rabbi Joseph B. Soloveitchik teaches this idea, quoted by Dr. David Schatz, in his article, “Redemption, Prayer, and Talmud Torah”: “Man is surely aware of many needs, but the needs he is aware of are not always his own…. Quite often man loses himself by identifying himself with the wrong image. Because of this misidentification, man adopts the wrong table of needs which he feels he must gratify…. Prayer tells the individual, as well as the community, what his, or its, genuine needs are, what he should or should not petition God about…. In a word, man finds his need-awareness, himself, in prayer… becomes a redeemed being (in Tradition, 1978, 62).

Our prayers should be weighty, yet relatable. A perusal of the traditional Jewish morning service reveals blessings expressing gratitude for day-to-day mundane humane needs: eyesight, hearing, shoes, clothing, and even successful elimination. So why does the thought of praying with students before or after a ball game irk me to such a strong degree?

Pre-game or post-game prayer sends the wrong message to our students. Games should not be the stuff of the Divine. We are what we pray, what we long for, what we aspire to, our most noble desires held dear. I wish for our prayers that they be the stuff of peace, of ending pain and an expression of a passion for a good life for all humanity – not for a mere victory on the playing field.

I take students’ lives seriously, their hopes, their dreams, their struggles their pains, their losses. If we encourage them to recite our holiest prayer — “Hear O Israel the Lord Your God the Lord is One” — before a basketball game, what are we teaching them?

About the Author
Rivy Poupko Kletenik, a 2002 Exceptional Jewish Educator Covenant Award Winner, just completed sixteen years as Head of School at the Seattle Hebrew Academy. Rivy is an enthusiastic writer and devotee of poetry and literature. Her column “What’s Your JQ” appeared for years in the JT News and then “Jewish in Seattle Magazine” and she is thrilled and proud to be awarded the Simon Rockower American Jewish Press Association Excellence in Commentary.
Related Topics
Related Posts