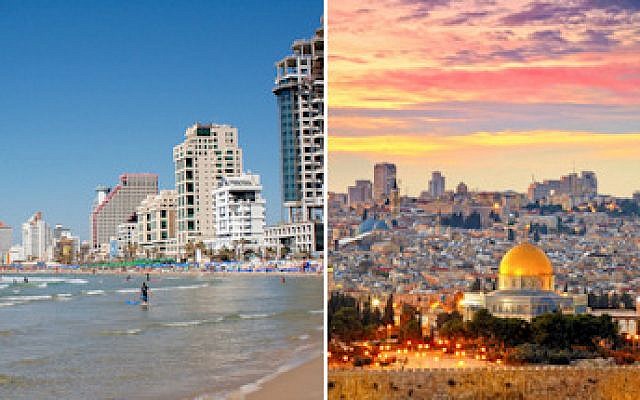 Don’t think for a moment that there is anyone in Israel who likes the Jewish State but who wants it to split in half. But if things develop the way I see it, it will. What would these two halves look like?

On the East, there will be a State with Jerusalem as its Capital and most inhabitants will be ultra-Orthodox, meaning: Charedi (“black hatters”), Chardal (“big knitted yarmulkas”) and fundamentalist Jews and Muslims.

They will be upbeat about their heightened chance to welcome the Redeemer sooner and about the better dress of most people. In the Arab cities, alcohol is outlawed and in the Jewish cities, TV is forbidden.

More to the West and South (Eilat!) will be a State of Israel with Tel Aviv as its Capital, with a total separation of religion and State. Most people would be full-time vegans and life would be prosperous and friendly.

Those Israelis daily enjoy the lack of any religious coercion. Tolerance and debate are nowhere more outspoken than there. Big sections of the population are activists, trying to create a better and juster society and export this around the world. There is little time for killing time (TV).

(A similar thing is then tried by Arab Palestinians, with in West Palestine a vibrant wealthy secular democracy, after overturning Gaza’s Chamas junta and in East Palestine (formerly known as the Kingdom of Jordan) a very conservative society, after ousting the Hashemite dictators’ clan. But let’s focus on Israel.) 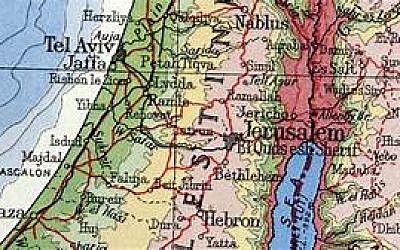 Unfortunately, Eastern Israel will turn out to be unmanageable because without a free press, no one will stop the powerful, the corruption and nepotism. Child molestation will sky-rocket because many pedophiles stayed or moved East. Divorce will be rampant because most closeted GLBTQ advisors and therapists will have vacated to the West.

Unfortunately, also Western Israel will not function well. Each person, will be obsessed with receiving “their rights,” without being too concerned about mutual obligations, which will result in widespread egotism and intermarriage. No one will want to serve the public and there will be a dangerous lack of soldiers and nurses. A 24/7 society without a day of rest will wreck homemakers, employees and activists.

The hard way, people in both countries will learn that the grass on the other side of the border is greener. Israel East will vote for reintroducing the free press and full democracy, while West Israel will invite Eastern neighbors to come and teach everyone about religion as a guide for life.

Both populations will discover that they need to learn deeply what the other knows. We will see the two States reunite, with now, most citizens very dedicated to religion, the whole country functioning completely as a democracy without any religious coercion and most inhabitants will be socially active inside the country and all over the world. At this sight of unity and glory, all nations will decide that they want to be close to the new Israel and make peace. Just in time before 300 million Jews from the Lost Tribes will immigrate to Israel, turning almost all of the old-time Israelis into Jewish teachers. But that’s a different story for another time.

(About how religion and secularism are interconnected in Judaism see: here.)