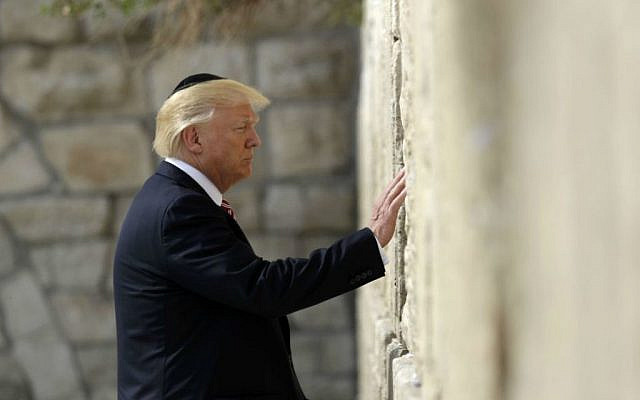 Like many here in Israel, I watched the news on Wednesday from Washington with fear and disgust. As an American-born Israeli, Washington, DC is a special city to me, and the Capitol building is a place of great reverence. I’ve taken my students with Congressmen on midnight tours of the Capitol. We’ve sat in the quiet and empty chamber of the House and Senate. We’ve prayed Maariv (the evening service) together multiple times on the empty House floor. I’ve always explained to my students how unique of an experience it is to pray to God together within the very heart of America’s democracy. Watching the Capitol overrun by thugs shook me to my core.

I pride myself on following our Rabbi’s advice to not jump to conclusions and to think about each issue with nuance. I try to be humble and not assume that the only correct perspective is my opinion. This essay will not be appreciated by those who tend to see issues in black and white and are confident that their take is the correct one. I don’t aim to convince others to feel as I do, but rather to share a perspective.

I was raised by my parents, Rabbis and teachers to have gratitude to those who improve my life. Showing gratitude challenges people because it forces us to admit vulnerability and dependency on other people. I’m grateful to President Trump and my gratitude will never wane. I’ve previously written of all that he and his administration have done for Israel and the Jewish people. Many criticize his policies as purely cosmetic, but nothing could be further from the truth. Many of President Trump’s policies concretely improved Israeli’s lives. He has made Israel safer and more secure, and even more importantly, he has encouraged and helped Israeli growth. President Trump has been a true ally to the Jewish people, and he was the most supportive American President Israel has ever enjoyed.

While each criminal that violated the Capitol’s sacred grounds is ultimately responsible for their own actions, I maintain that President Trump is responsible for Wednesday’s actions. Our Rabbis have instructed leaders, “Be careful with your words.” I’ve read many people’s comments excusing President Trump for Wednesday’s riot claiming that his speech called for peaceful protest. While it is true that he repeatedly said the protest should be peaceful, it was his responsibility to ensure every one of his words reflected the call for peace. Tweeting “fight,” calling on people to march to the Capitol and his dastardly video praising the protestors as “special people” and expressing his love instead of condemnation of them, allowed a small minority of his loyal admirers to understand his words as a call to riot. Not only do I maintain that he’s responsible, but I think criminally so, and I think he should be impeached. His words cause me to fear what he’s capable of over the next week and a half.

I try not to paint Presidents, Prime Ministers and elected official with broad strokes such as “good” or “bad,” “Pro-Israel” or “Anti-Israel.” I prefer to focus on specific actions, issues and policies and judge based on those limited areas. Over the years I have written essays praising President Trump and criticizing him. It is easy for me to end this essay by characterizing President Trump as “Good for Israel, bad in every other way,” but I think that’s a superficial take.

My gratitude to President Trump for his unprecedented support of Israel is tainted by my disappointment over his behavior on Wednesday. As an advocate for a strong US-Israel relationship and Presidents supporting Israel, I put President Trump above all other Presidents. As an American who values the Presidency and the sanctity of American Democracy, I put President Trump below all other Presidents, including President Nixon. I don’t think it sufficient to conclude the good outweighs the bad or the bad outweighs the good. I don’t know how we make those calculations. As a teacher, I’m supposed to know all the answers and explain to my students the proper outlook. In this situation, I don’t have an answer, I am perplexed.