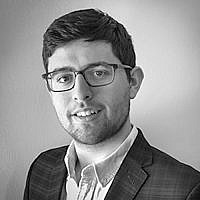 The Blogs
Elan Kawesch
Apply for a Blog
Advertisement
Please note that the posts on The Blogs are contributed by third parties. The opinions, facts and any media content in them are presented solely by the authors, and neither The Times of Israel nor its partners assume any responsibility for them. Please contact us in case of abuse. In case of abuse,
Report this post.

Slipping on cobblestones in a downpour, I toured the Auschwitz-Birkenau death camp with basketball Hall-of-Famer Ray Allen last year. It was the athlete’s first trip to Poland; he was there to learn about the murder of six million Jews during the Holocaust.

In touring Auschwitz and other sites with Ray, I noticed that he often took a few steps away from the group in order to privately process the information we were receiving. Learning about what took place in Nazi-occupied Poland during World War II was an experience that shook him to his core.

“This is not history,” he wrote after the trip. “This is humanity. This is now. This is a living lesson for us as a people.” 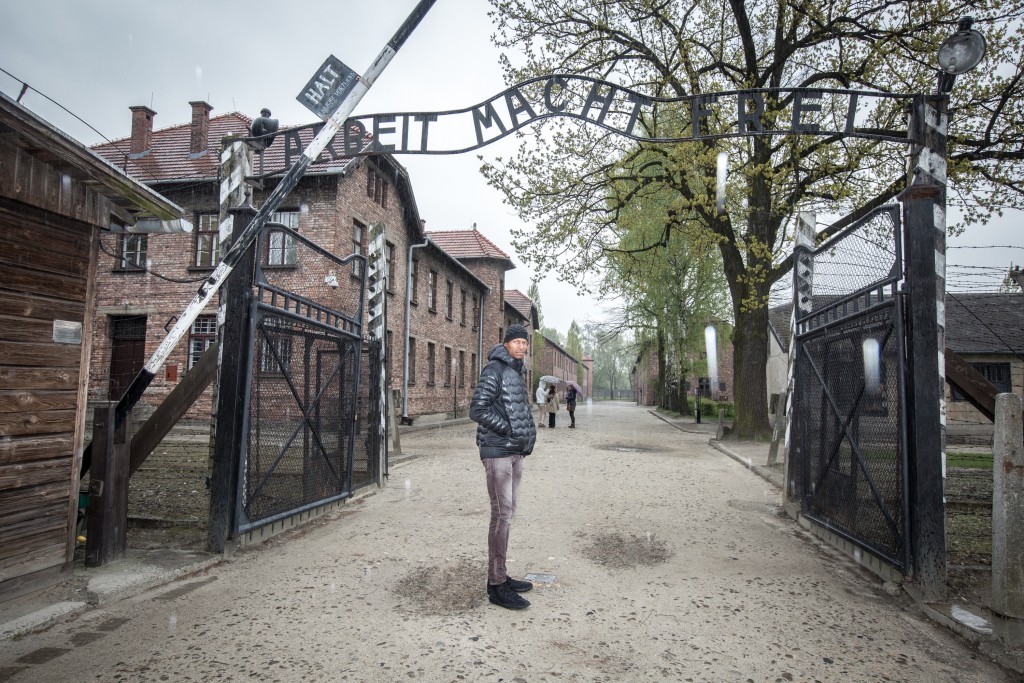 NBA Hall-of-Famer Ray Allen stands beneath the “arbeit macht frei” gate at Auschwitz on May 2, 2017.

Surprisingly, millions of Ray’s fellow Americans have not heard of the Holocaust, according to a recent Claims Conference study. Nearly half of our nation’s Millennials are not able to name a single Nazi concentration camp or ghetto — and there were 40,000 of them established across Europe during the war. Perhaps most shocking of all, two-thirds of Millennials have not heard of the most infamous site of genocide arguably in the world, Auschwitz-Birkenau, where one million Jews were gassed and their bodies cremated.

Even after the world promised “Never Again” following the Holocaust, genocide has been perpetrated in many countries. From Rwanda to Bosnia, and from Darfur to Iraq, minority populations continue to face the threat of annihilation. So long as extremist ideologies hold sway, these communities will be at risk.

Three years ago, I worked with other students to launch a campus Holocaust memory service-learning initiative called “Together, Restoring their Names.” There was an obvious lack of education and awareness about the Holocaust on campus, and incidents of Holocaust denial on many campuses. Additionally, we were learning that many local survivors were living in less than ideal situations, oftentimes isolated from the community and in need of friendship.

Keeping in mind those factors, our project aims to (a) disseminate accounts of the Holocaust on campus through a variety of channels, (b) provide companionship and support to local Holocaust survivors in need, and (c) engage students of any and all backgrounds in serving as agents of memory. To that end, we are fortunate to have organized several student missions to Europe since 2015, including Poland, Germany, and the Netherlands. For these service-learning missions and other activities, our project receives support from Combined Jewish Philanthropies and its “IACT” campus initiative. 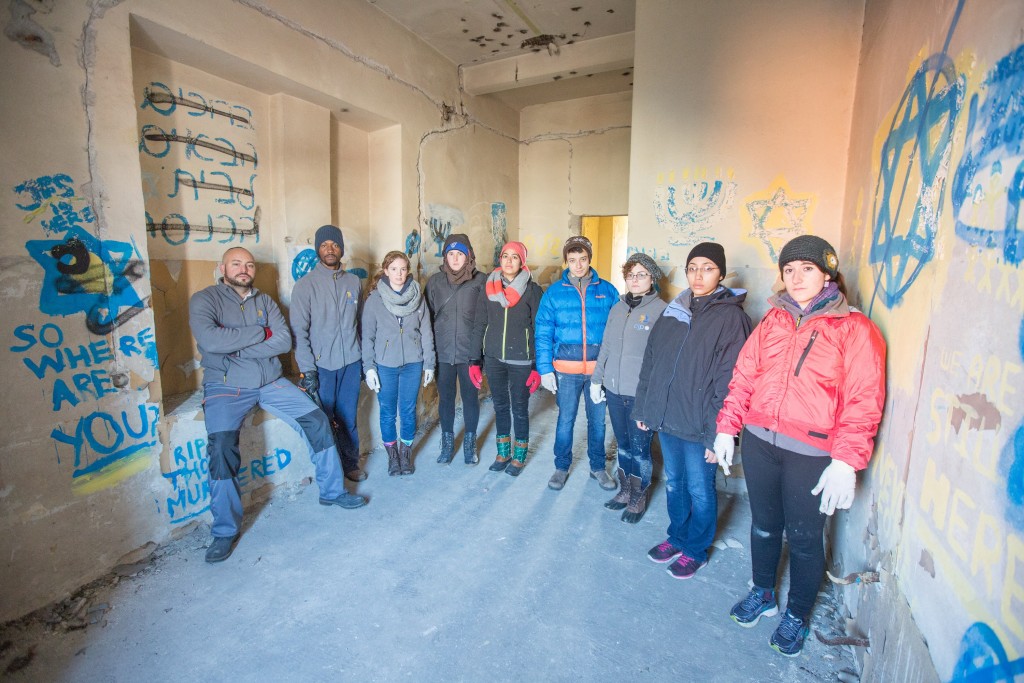 Together, Restoring their Names fellows of diverse backgrounds worked together to clean up an abandoned Synagogue in Poland.

The student fellows of “Together, Restoring Their Names,” are of Latino-background, and they are black. They are half-Jewish, and of no religion. They are Russian and Taiwanese and Indian. Each of these students brings a unique perspective to our shared mission. Importantly, students listen to each other’s narratives and we “walk the walk” of intersectionality, partnering around our shared values to make change.

It’s easy for students to understand the importance of Holocaust awareness when they stand in the middle of a former death camp. However, not everyone can have that experience, and not everyone wants to.

In Boston, our fellows have helped teach thousands of other students about the Holocaust. This includes articles they have written, conferences they have put on, and presentations they have created for – for instance – Germany’s top diplomat in New England, or local high schools. In February, we helped bring 150 students to a “Break the Hate” conference based on the immigrant stories in students’ own families. For a gathering of this nature, the Holocaust is not necessarily the exclusive focus; rather, education about the Shoah is tied to other human rights issues and current events, according to the students’ interests. 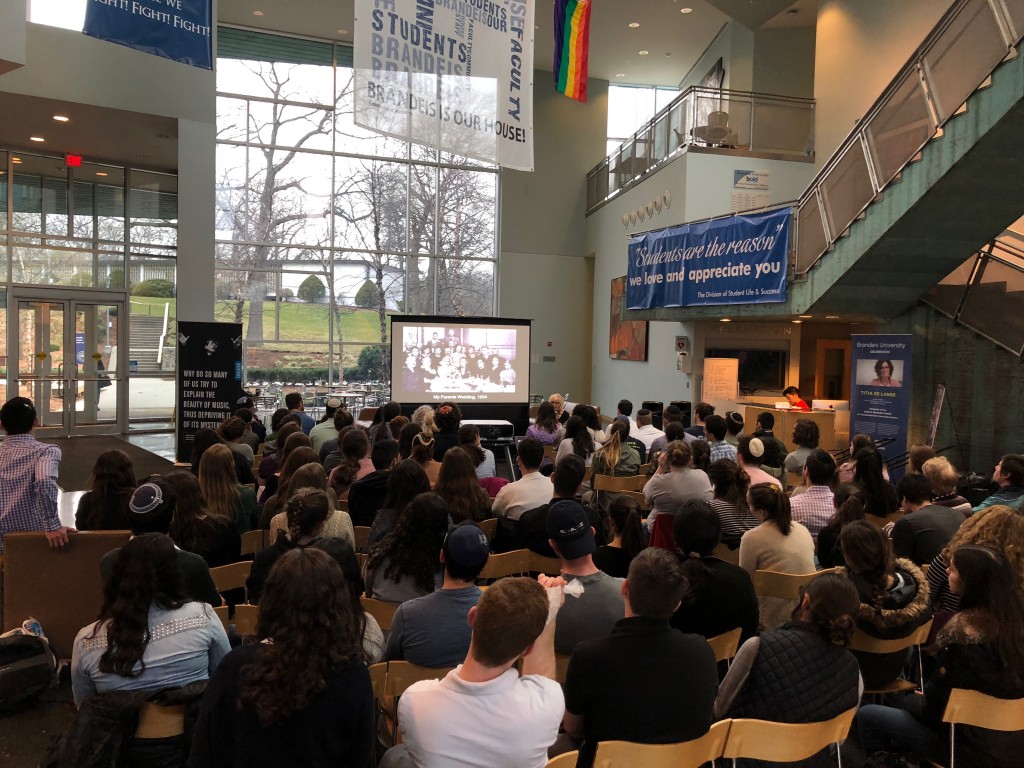 On Yom Hashoah 2018, Together, Restoring their Names fellows organized an event for two Holocaust survivors to speak at Brandeis University. 150 students attended.

In April, we worked with local campuses to up their game around Holocaust education tied to Yom HaShoah, the annual commemoration. For instance, we helped organize and fund a “Zikaron BaSalon” evening (Memory in the Living Room) at Boston University, as well as other Holocaust commemoration events at almost half a dozen other campuses. At BU, no fewer than seven survivors and second generation speakers held discussions in dorms and other locations on campus, engaging far more students of diverse backgrounds than a more centralized ceremony inside Hillel would likely draw.

It is essential that Holocaust education take place every day of the year, and not be limited to annual, hour-long gatherings. As such, we have helped one-dozen Boston campuses bring compelling programming year-round, ranging from Nazi-hunter Efraim Zuroff to the screening of several new Holocaust films. In June, our fellows will volunteer at a large event set for the New England Holocaust Memorial, which was vandalized twice last year. As one would expect from a project led by Millennials, we have put a lot of time and creativity into social media. To date, we’ve reached almost a quarter of a million people on Facebook alone. Tens of thousands of people have engaged with our content, many of whom would not have the Holocaust in their feed were it not for our project. 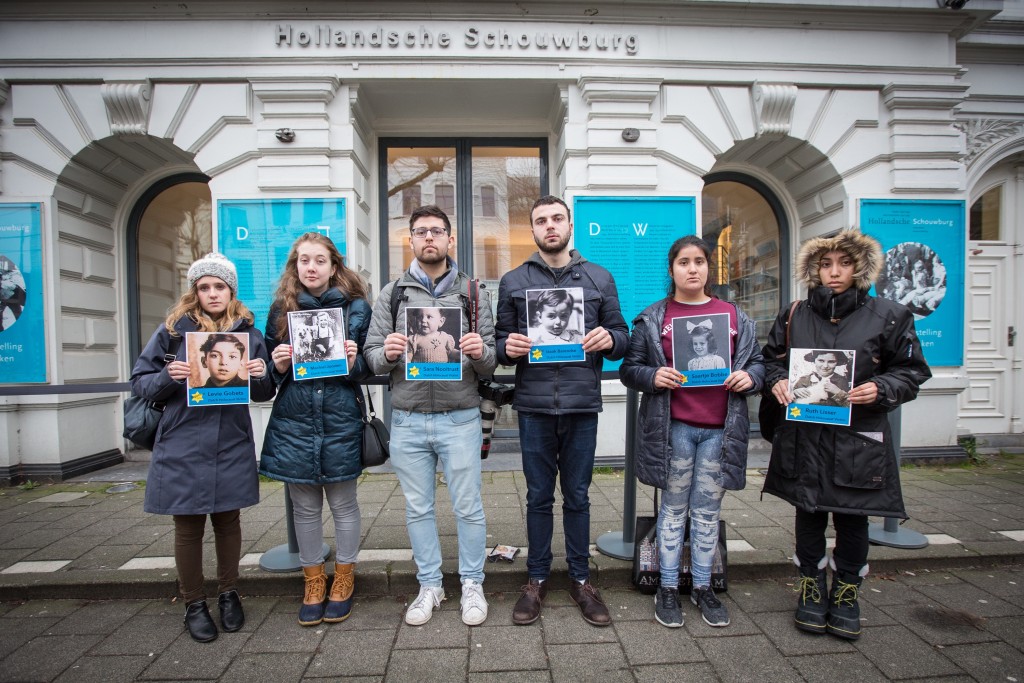 Outside of the Hollandsche Schouwburg in Amsterdam, Together, Restoring their Names fellows held the photographs of Dutch children who died in the Holocaust.

“The story of the Holocaust did not end when Hitler was defeated and the concentration camps were liberated,” wrote Samantha Stewart, one of our fellows and a student at Wellesley College. “The story continues today. Our memory work and interaction with the history keeps it alive, and has the potential to prevent it from happening again.”