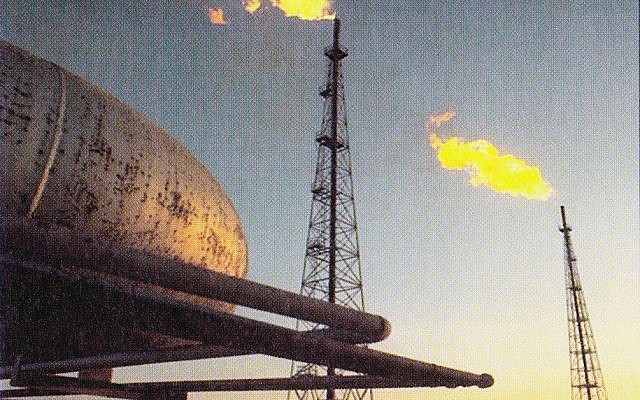 One of Theresa May’s few policy announcements at the Tory party conference was a pledge to keep the freeze on petrol duty. There had been speculation that, after eight years on hold, the Treasury was anxious to raise extra duties to help find £20bn for the NHS.

In effect President Trump made that impossible. An unholy alliance between Saudi Arabia and Russia to limit production of crude oil has meant a surging crude oil price, which determines the cost of petrol at the pumps.

The reason for the rise, which lifted crude oil above $80 a barrel, was Trump’s decision to side with Benjamin Netanyahu and tear up the Iranian nuclear agreement.

But Trump doesn’t do things by halves. He also decided to reimpose sanctions on Tehran in spite of a vote in the United Nations saying such action was illegal. The consequence is the oil price has begun to climb again, with many countries fearful of attracting the Trump ire by doing business with Iran. The price of petrol and diesel at the pumps has jumped by 10 pence or so since May and many experts believe the wholesale price for oil could rise from the current $80 to $100 a barrel.

Those who opposed the Iran deal by President Obama to lift sanctions in response to inspection of its nuclear facilities and a halt in further production of the isotopes critical to nuclear weapon production have welcomed Trump’s actions. But as veteran journalist Bob Woodward revealed in his new book Fear: Trump in the White House, the administration has more than enough reasons to want to tame Iran. Indeed, for supporters of Israel, paying more for petrol may be a small price.

According to Woodward, former army colonel Derek Harvey is a “fact driven” intelligence officer who serves as Middle East director on Trump’s National Security Council. Early in the Trump presidency, he warned Trump’s son-in-law Jared Kushner (assigned a Middle East peace portfolio) and others in the administration that Hezbollah, with more than 48,000 full-time military operatives in the Lebanon, was an existential threat to Israel. Hezbollah, financed by Iran, had extended its reach and now comprised 8,000 regional commando forces in Syria, Lebanon and across the region. It also had units operating globally from Colombia in South America to Mozambique and Kenya. Iran was paying Hezbollah bills at a staggering cost of $1bn year.

Most disturbing of all, Hezbollah has under its command some 150,000 rockets. In the 2006 Lebanon war, it had access to just 4,500. In addition to direct subvention from Iran, Hezbollah was making money from money laundering, human trafficking and the opium trade. With the backing of Iran’s Revolutionary Guard, Hezbollah was Israel’s most serious enemy and had enough rockets to pummel the Jewish state’s air bases and overwhelm the Iron Dome, David’s Sling and Arrow defences.

The forensic detail of the Harvey briefing goes a long way to explaining much of America’s policy toward the Middle East. This includes reaching out to Saudi Arabia and Israel, as an alliance against jihadi extremism, across the region, and the aerial campaign supported by the UK against the Houthi rebels in Yemen. Most importantly, it convinced Trump and his advisers the moderate leadership of President Hassan Rouhani in Iran was a chimera and with the export of terror nothing had changed.

The restoration and toughening of sanctions on Iran already is causing serious difficulties by sending the currency, the rial, plunging on foreign exchanges, blocking off hard currency flows and causing internal hardship. Next time members of the British Jewish community fill their cars and complain about the price of fuel, they can at least reflect there are good, strategic reasons behind the cost.