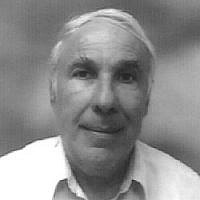 “They told us, and wanted us to believe,” that right-wing extremists were merely a “handful,” Garbuz said, along with “the thieves and bribe-takers,” “the corrupt and hedonistic,” “the destroyers of democracy,” “those who think democracy is the tyranny of the majority,” and “the kissers of amulets, idol-worshipers, and those who prostrate on the graves of the righteous.”

“If all these are just a handful,” Garbuz continued, “how does this handful rule over us? How is it that without anyone noticing or interfering, this, the handful, became a majority?” [Times of Israel, 9 March 2015][also see here]

Today, a radio talk show had one of Garbuz’s friends on, another “artist,” who meant to defend Garbuz but may have dug a deeper hole for Garbuz and himself and his party, Meretz. He said that Garbuz did not mean to insult anybody but was just describing objective reality. That means that all Likud and Jewish Home Party voters kiss amulets or that all amulet kissers and (and rapists and sexual harassers and bribe takers) are supporters of the Likud and associated parties.Talk about generalizing!!! Be that as it may, this friend –can’t remember his name but he was interviewed on Israel Radio [Reshet Beyt, Estee Peretz between 12:05 pm and 12:25 pm]– went on to reinforce the image of the so-called “Left” as arrogant and snobbish and cut off from most Israelis and their concerns, when he shamelessly declared: In Israel only the Left is rational.

As you appreciate that remark, let me ask whether it was rational for either Garbuz or his friend to insult large parts of the Israeli electorate and public opinion –some of them potential voters for the so-called “Left”– by implicitly calling them irrational. Now this patently false position –sincerely believed by Garbuz et alia, I am sure– was compounded as an insult, since many detected in it a reference to Oriental Jews, Mizrahim. Thereby Garbuz repeated the mistake made by a pro-Labor Party entertainer, Dudu Topaz, at a pre-election rally in 1981. On that occasion, Topaz –since revealed to have his own less than moral character traits– called Likud voters tchakh’tchakhim, meaning roughnecks, ignoramuses, and the like. This remark helped to ensure Begin’s victory in the subsequent election.

Simply as a tactical matter, leaving the immorality and inaccuracy of the remark aside, it was hardly rational for Topaz to say what he did in 1981 or for Garbuz and his friend to repeat the mistake in 2015. In other words, after the passage of 34 years, the supporters of the “Left” in the arts and overlapping entertainment communities had not learned to control their tongues. And we know the old Jewish saying: Life and death are in the power of the tongue.

Of course, we can go on and ask why “Leftists” serve as toadies to just about any American president whether he is right or wrong about any issue touching on Israel. Is that Leftism today? Be that as it may, Ran Edelist, a HaAretz journalist, listed twenty traits of the Leftist, as he saw them [Maqor Rishon, 12-19-2014]. Not one of these traits has anything to do with working people or the working class. About half or more of the traits are rants against “settlers,” apparently the epitome of all evil for Edelist and other “leftsts.” Since workers and the working class are of no importance to the Israeli Left, at least as Edelist defines it, then it is appropriate that they pay no attention to the abuse of working people in Qatar. I should say, the horrid working conditions in Qatar for the thousands of foreign workers building the stadiums and other facilities for the 2022 World Soccer Mondiale,  won by Qatar through bribery, by the way. It is estimated that one building worker dies in Qatar every few days. And Qatar funds the Hamas and the Hamas bases itself on a charter built on traditional Muslim and European Judeophobic themes, including a call for genocide of the Jews in Article 7 of the charter.  But our very “rational” Israeli “Left” does not see this as a matter of concern. Maybe they think that Qatar will want Hamas to make peace with us if only we Israelis pay no attention to inhuman conditions in that Persian Gulf sheikdom that has the highest or one of the highest per capita incomes in the world.

At this point I will explain what I mean by pre-Vichyites. The Vichy government was set up in France after the German conquest and occupation of 1940. It was meant to govern that part of France not directly occupied by the Germans. And it was committed to collaborating with the Germans. Before the German occupation, there were what I call pre-Vichyites who paved the way for German Nazi conquest of France by demanding peace with Hitler, peace at any price, and by castigating France for occupying territories like Alsace which these critics wanted to see as part of Germany, perhaps the way certain Israelis inclined towards Peace Now views would like to see the Jewish Quarter of the Old City of Jerusalem as part of an Arab state to be called “Palestine.” [see my article here]

What Garbuz and his friend may not be aware of is that seeing Jews, all Jews, as irrational and/or incapable of reason, science and progress goes back to medieval European Christian philosophy, and was especially noticeable in the writings of the German philosophers Kant and Hegel, and of the Frenchman, Voltaire, as I demonstrate in my article on this subject published several years ago. What Garbuz and others are doing is recycling an old Judeophobic theme and doing it in an irrational way.

About the Author
Elliott A. Green is a writer, researcher, and translator living in Jerusalem. He has published in Nativ, Midstream, the Jerusalem Post, and other publications.
Related Topics
Related Posts
Comments