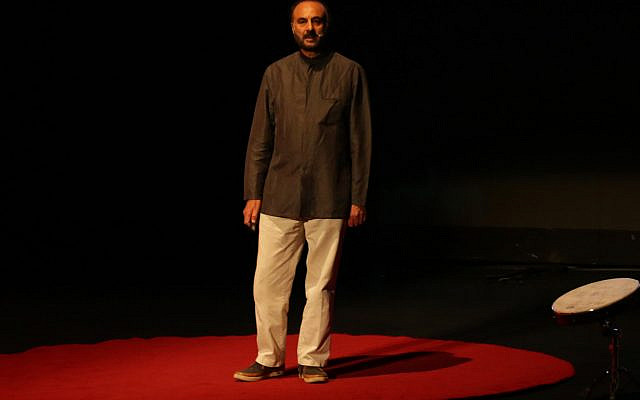 It’s time for Mohammad Jafar Mahallati to do the right thing and retire from his position as a professor of religion at Oberlin College in Ohio.

He needs to go.

Professor Mahallati has taken advantage of the good will of the administrators and students at the school for long enough.

It is time for him to retire so that Oberlin, an already beleaguered institution, can move past the controversy and ignominy he has brought upon the school where he has taught since 2007.

The school has been mired in controversy and the target of protests since serious allegations were leveled at the professor by the school newspaper in 2020 and 2021. The brief against Professor Mahallati is, as the courageous journalists at Oberlin Review have declared, “irrefutable.”

In addition to running interference for the Islamic Republic of Iran during a UN investigation into mass killings in prisons throughout that country in late 1988, Professor Mahallati also used religious doctrine and rhetoric to justify the destruction of Israel at a speech at the UN in 1989.

In this speech, he declared that the establishment of Israel by “Zionist usurpers is a transgression against all Muslims of the world and its liberation is therefore a great religious obligation and commitment.” Later he responded to complaints about this speech, declaring he had a right to criticize a government. Mahallati wasn’t “criticizing” Israel. He was calling for the destruction of a member state of the United Nations.

And in the early 1980s, Mahallati inveighed against the members of a beleaguered religious minority in Iran, declaring that Baha’is were not adherents of a religion, but were instead a political group that sought to undermine the Islamic Republic of Iran by serving as spies for Israel and by violating “the laws concerning espionage, terrorism, drug-trafficking and other inhuman activities.” With this rhetoric, Mahallati was promoting, on the world stage, a culture of mass hate that had taken root in his home country under the leadership of Ayatollah Ruhollah Khomeini.

When confronted about his anti-Baha’i rhetoric at the United Nations, Mahallati told the Oberlin community that he was the scion of a powerful family whose efforts to “protect religious minorities is exemplary in the history of modern Iran.”

This is simply false, unless “exemplary” means lamentable, condemnable, or just plain bad. 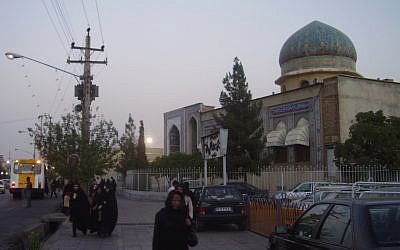 A mosque has been built over the razed ruins of the House of Báb in Shiraz, Iran. The Baha’i shrine was destroyed in 1979. (Photo By NicholasJB, Wikimedia)

Professor Mahallati’s grandfather, Ayatollah Bahaoddin Mahallati, called for Bahai’s in Iran to be stripped of their jobs, and even their pensions, because of their “heretical” beliefs soon after the 1979 revolution in Iran. This same man, whose last name Professor Mahallati invokes as a symbol of religious tolerance, also affirmed the destruction of the House of Báb, a Baha’i shrine in Shiraz, Iran, in 1979. A Shiite Mosque now stands in its place.

No, Professor Mahallati should not be held accountable for the sins of his grandfather, but for him to invoke the family name as a symbol of religious tolerance in Iran, in a letter to the school’s administrators no less, is an act of dishonesty. If he does things like this when dealing with the people who sign his pay check, what will he say to his students over whom he has the power of grading?

It would have been one thing if Professor Mahallati had repented of his sins at the UN, but he hasn’t. Instead, he has told the Oberlin community that he, a high ranking official in the Iranian government, had no direct knowledge of the mass killings that took place in Iran in 1988.

In 2018, Professor Mahallati was interviewed in a podcast during which he spoke in nostalgic terms about his time at the UN while working for Iran’s Ministry of Foreign Affairs, a job he got after being interviewed by two leaders in Iran’s intelligence agency. He spoke about the influence he had at the Ministry and the role he played in formulating Iran’s strategy at the UN. These are not the reminiscences of a low-level functionary kept in the dark by his colleagues, but the memoirs of a high-ranking official with close ties to the leaders of a murderous regime. The nature of the regime Mahallati was working for played itself out in Iranian newspapers long before the mass killings that took place in 1988.

On one hand, Mahallati wants to tell his listeners that he was an inside player in the Iranian government who helped bring about an end to the Iran-Iraq War. He also tells us that he came from a family that played a significant role in the religious and public life in the country.

But when push comes to shove and he’s challenged about how he used the authority he wielded in light of a mass killing perpetrated by the regime he represented, Mahallati tells the Oberlin community he didn’t know what was going on. And then, when challenged on this narrative, he retreats to another explanation, that he was only doing his job as a diplomat at the UN.

Given the fragility of his story, Mahallati should not mistake the support he has gotten from his friends and colleagues at Oberlin in the face of this controversy as everlasting.

Eventually, as administrators and faculty members start to struggle with their consciences and lose sleep over their efforts to protect a man credibly accused of crimes against humanity, they will come to their senses and conclude it’s time for him to go. They can only dismiss the professor’s critics as kooky right-wingers for so long.

Eventually, Oberlin’s trustees will conclude that it’s time for Mahallati to fade off into the sunset. Small liberal arts colleges are looking at declining enrollments and growing doubts about the value of higher education in the American job market and Mahallati’s presence at the school is not helping in this tough environment.

It’s not as if the Oberlin trustees don’t have other things to worry about aside from Mahallati’s presence on the faculty. Oberlin is still dealing with the fallout from a lawsuit filed by a local grocery story over a confrontation that took place years ago.

The bubble of support for Mahallati will deflate as market forces bring themselves to bear on the school’s admissions and budget offices. Hopefully, Mahallati will recognize that his presence at the school will be an unwanted distraction from Oberlin’s learning and labor and he will retire.

Thankfully for Mahallati, Oberlin will let him keep his retirement benefits, and maybe even give him a severance package, which is better than what Iran did for the Baha’i.

Mahallati should follow his own advice. In the 2018 podcast, Mahallati told his interviewer that he always tells his students that “change is good.”

“Quitting a job seems like a tragedy,” he said. “But ten years later, you look back and see what a blessing it was. Change is always a good thing.”

Reality is knocking at the door.

It’s time for a change. Professor Mahallati had a good run. It’s time to call it quits so Oberlin can move on.

It’s what a good friend would do.

Dexter Van Zile is Shillman Research Fellow for the Committee for Accuracy in Middle East Reporting and Analysis. His opinions are his own.