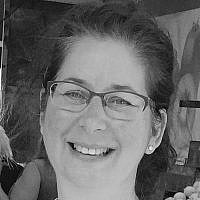 The Blogs
Heather A. Stone
Apply for a Blog
Advertisement
Please note that the posts on The Blogs are contributed by third parties. The opinions, facts and any media content in them are presented solely by the authors, and neither The Times of Israel nor its partners assume any responsibility for them. Please contact us in case of abuse. In case of abuse,
Report this post.

Israeli politicians should be glad a few progressive Democrats in the U.S. House of Representatives pushed Speaker Nancy Pelosi (D-CA) to pull the Iron Dome funding from the short-term government funding bill this week. The Republican Party has pulled another dirty trick, in a long line of dirty tricks, and refuses to support the continuing resolution to keep the U.S. Government open and running after September 30, 2021.

Senate Minority Leader Mitch McConnell (R-Ky.) said on Monday, September 20, 2021, that Republicans would help pass a short-term government funding bill — but only if Democrats divorced it from a plan to suspend the debt ceiling through 2022.

It’s “funny” that McConnell wants to impose this limit regarding the debt ceiling now. McConnell thought it was ok to suspend the debt ceiling in 2019 when the Republicans were in control of Congress and Donald Trump was president and he wanted to pass a nearly two trillion dollar tax cut for the super-wealthy, but it’s not ok to suspend the debt ceiling now because it helps achieve the policy plans of the Biden Administration. Since it would help the Biden Administration achieve things like lowering child poverty, closing the wealth gap, lowering climate emissions, McConnell has made a new rule – no supporting the short-term government funding bill. The Republicans are in lockstep with their leaders, McConnell and Kevin McCarthy (R-CA).

A few progressive Democrats seized on the opportunity that the short-term government funding bill will be passed solely by Democrats to push Speaker Pelosi to remove the funding for Israel’s Iron Dome program from the bill. It’s a pyrrhic victory for the small group of Progressive Democrats. It’s only a temporary delay of the funding of Israel’s Iron Dome program. It will be funded in another bill – next time in a bi-partisan resolution supported by both Republicans and Democrats. The progressive Democrats will be shut out of controlling the debate on this when it comes up in another bill. Israel is more secure when it has bipartisan support in the U.S. It is better for Israel that the Iron Dome program will be part of a bill that will garner support from both parties.

Perhaps, unintentionally, the progressive Democrats are helping Israel improve its relations with the United States by encouraging bipartisan support in the Congress. Good job!

About the Author
Heather Stone is visually impaired following brain surgery in 2017 and is learning to navigate the world differently. She worked for leading law firms in Tel Aviv for more than 20 years, and has expertise in international mergers and acquisitions law. She is the Vice Chair of Democrats Abroad Israel; Deputy International Counsel of Democrats Abroad; Chair, DA Medicare Portability Task Force -- www.democratsabroad.org www.votefromabroad.org
Related Topics
Related Posts
Comments