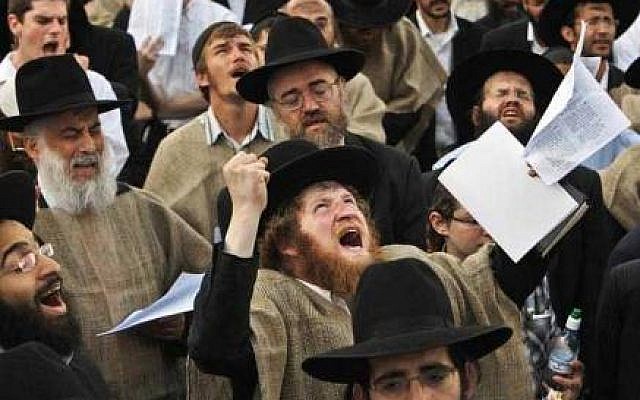 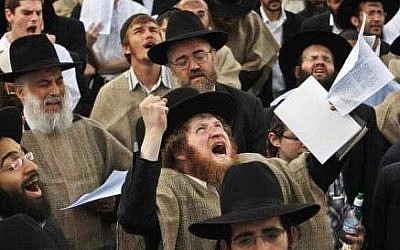 When Esav found out that the blessing from his father Yitzchak had been given to Yaakov, Esav “cried out a great and bitter cry” (Genesis 27:34). The Midrash says that because Yaakov caused Esav to “cry out”, Yaakov’s descendants were later punished with the threat of annihilation (via Haman, a descendant of Esav), and Mordechai ended up having to “cry out” to G-d (Esther 4:1). In this way the Midrash links the fate of the Jewish People in the story of Purim to the story of Yaakov and Esav. However, this Midrash is somewhat problematic, because when looking at the Hebrew words used to convey Esav’s crying and Mordechai’s crying, one will notice that they are not the same. Esav’s crying is described as a tzaakah, while Mordechai’s, a zaakah.

What’s the difference between tzaakah and zaakah? (And don’t tell me the letter t!)

Rashi (to Iyov 6:17 and Sotah 36b), Nachmanides (to Iyov 40:17), the Zohar (Shemot 20a), and others, all explain that tzaakah and zaakah are wholly synonymous, and both words can be used interchangeably. They explain that both the letter ZAYIN in the beginning of the word zaakah, and the TZADIK in the beginning of the word tzaakah,yield similar phonemes, both articulated by the teeth. Therefore, these two letters can be used substituted for one another. Rabbi Shlomo Pappenheim of Breslau (1740-1814) likewise writes that there is no difference between the words tzaakah and zaakah. Although he notes that the word tzaakah is related to the word tzaar (“pain”), he concludes that both words denote an outward expression of one’s pain and suffering (similar to crying).

According to this approach the Midrash is entirely justified in connecting Esav’s cries to Mordechai’s, because the Bible practically uses the same word for both.

However, the late 12th century Asheknazic scholar Rabbi Elazar Rokeach of Worms writes that the words tzaakah and zaakah are not synonyms. He explains that the word zaakah implies crying out in the context of registering a complaint, while tzaakah does not. He further notes that zaakah implies multiple people crying, while tzaakah does not. In light of this understanding it is somewhat difficult to justify linking Esav’s crying out to Mordechai’s crying if the Bible uses two different words to express those two different occurrences.

Rabbi Yehuda Leib Shapira-Frankfurter (1743-1826), who was Rabbi Samson Raphael Hirsch’s great-uncle, writes that while the terms zaakah and tzaakah can be used to express somebody pleading with another human, the word shaavah applies only to one who pleads with G-d. Rabbi Pappenheim explains that the word shaavah is related to the word yeshuah (both have the root SHIN-VAV-AYIN), and connotes one who calls out with the expectation that it bring his salvation.

Rabbi Yaakov Tzvi Mecklenburg (1785-1865) writes that all three words denote somebody who calls out with the expectation of bringing about his deliverance, but differ in one small detail. Those who engage in zaakah and tzaakah simply verbalize their suffering, but do not explicitly ask for help (like a poor man who cries, “I have not eaten in a long time”). By contrast, one who engages in shaavah makes his desire for help unmistakably clear (like a poor man who cries, “Please give me something to eat”). The Zohar also contends that tzaakah/zaakah is less explicit than shaavah, but explains that the former is the silent cry of pain, while the latter is an expression of prayer. According to one opinion in the Zohar, tzaakah/zaakah is a greater form of supplication because it denotes the crying out of the heart.

Psalms 107 tells of four people who ended up in dire circumstances, and they called out to G-d and were saved: the wayfarer lost in the desert, the incarcerated, the deathly ill and the sailor aboard a ship in the storm. In the first and last of these cases the word tzaakah denotes the sufferer’s crying out, while in the middle two cases the word zaakah appears.

Rabbi Emmanuel Chai Ricci (1688-1743) explains that the difference between tzaakah and zaakah is that the tz-consonant in the former is a longer sound than the the z-consonant in the latter. Accordingly, since the incarcerated and the deathly ill are confined to their respective places (the incarcerated to his jail cell and the ill to his deathbed), they use a shorter word than the other two, who have more options to escape their predicament.

The Midrash understands that these four fellows correspond to the four kingdoms which are to subjugate the Jewish People: Babylon, Persia/Media, Greece, and Rome. To explain this, the Midrash asserts that the first and last of the above kingdoms (Babylon and Rome) were more detrimental to the Jewish People than the middle two (probably because they both destroyed the Holy Temple and exiled the Jews from Jerusalem).

Rabbi Shlomo Aharon Wertheimer (1866-1935) deduces from this that the word tzaakah denotes a more intense form of crying out than zaakah does, as it indicates a more serious state of distress. Indeed, Malbim (to Psalms 107:6) writes that the Bibles uses tzaakah (as opposed to zaakah) in the cases of the lost wayfarer and the sailor because they are in greater danger than are the jailed person and the sick person (unlike Tosefot to Berachot 54b who write that the four people are listed in order of their danger).