The Blogs
Shlomo Toren
Apply for a Blog
Please note that the posts on The Blogs are contributed by third parties. The opinions, facts and any media content in them are presented solely by the authors, and neither The Times of Israel nor its partners assume any responsibility for them. Please contact us in case of abuse. In case of abuse,
Report this post. 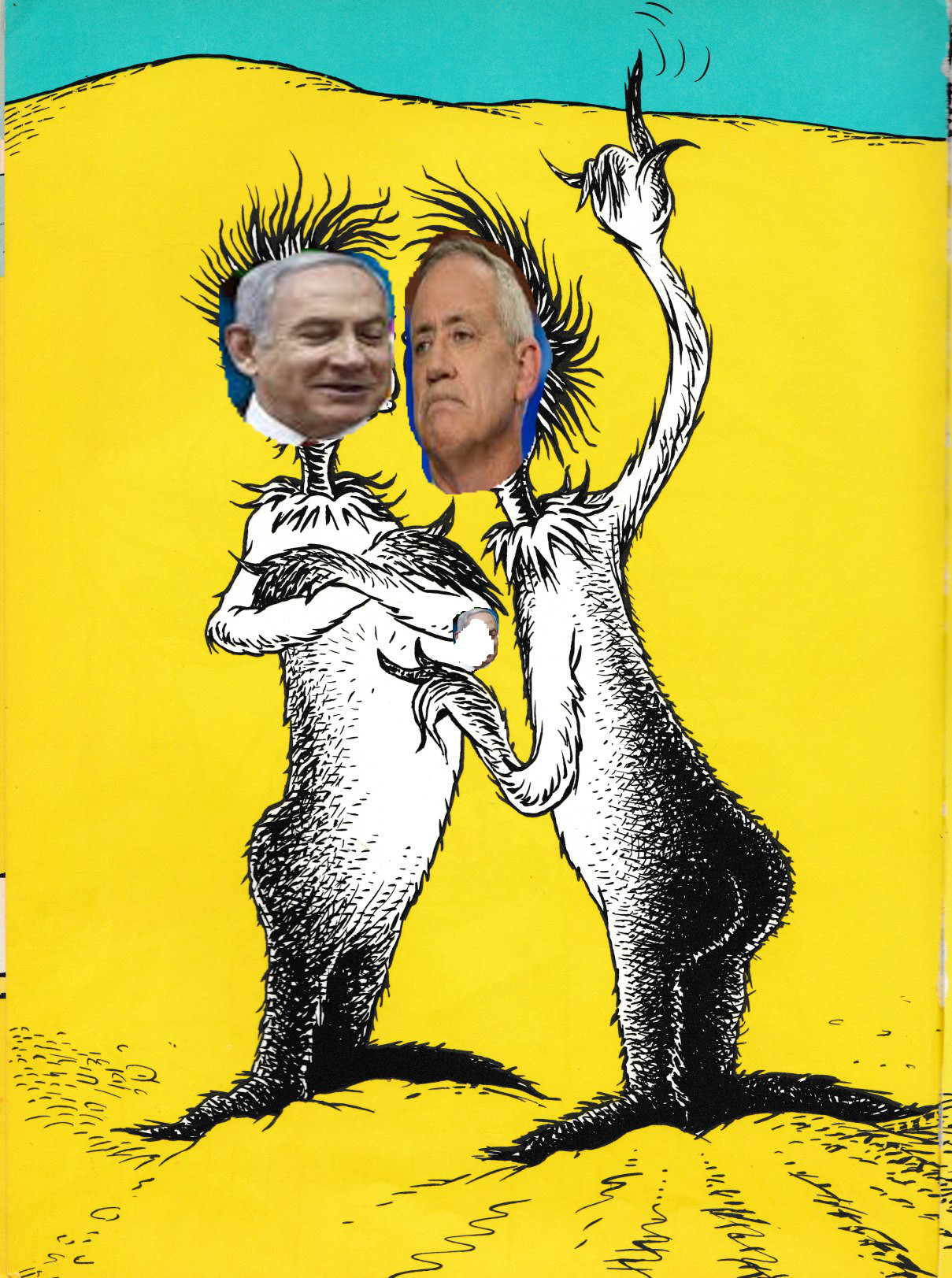 Sometime after elections in the center of Israel

There they stood, foot to foot, head to head in their place

Each one quite confident that he won the race

” The People have voted, and they did decide,

I must return as the leader, where I do belong!”

I’ll form the government and on that, I insist,

“You what?” raged the Right -going Benny and started to hiss

How could you ever accept support from the Joint List?

They are anti-Israel and admire terrorists.

And anyway, Liberman and Oudeh won’t even kiss

“Yet you are three short to form your coalition,

Give up and resign now of your own volition

Let me lead a government secular and stable

Just give me the Likud and I am certainly able”

You may call me a Left-going Gantz

But you are going to prison to wear some striped pants

And a felon or one who is indicted indeed

Can’t be the Prime Minister and the country to lead

For neither could form a government that the other could enter

They were stuck facing each other somewhere in dumb center

Stuck in a quagmire as we can surmise

Unable to find some fair compromise

And Israel’s problem’s, both large and small

Are stuck with them now and can’t be resolved

Congestion pricing and the price of spring lamb

For without a new budget we are stuck in a jam

Will another election, the fourth be the charm?

(And every election costs a leg and an arm)

Or will we end in the same game again

Pointing fingers at each other when there’s no change?

And I wish I could end this with some Purim cheer

(Maybe something will pop up after some whiskey and beer)

Meanwhile let’s remember, if just for the fun

That back in Old Shushan we collected as one

And we can do it again once the elections are done