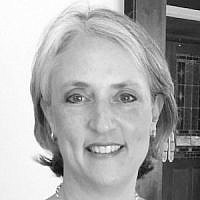 The Blogs
Alissa Burstein
Apply for a Blog
Advertisement
Please note that the posts on The Blogs are contributed by third parties. The opinions, facts and any media content in them are presented solely by the authors, and neither The Times of Israel nor its partners assume any responsibility for them. Please contact us in case of abuse. In case of abuse,
Report this post. 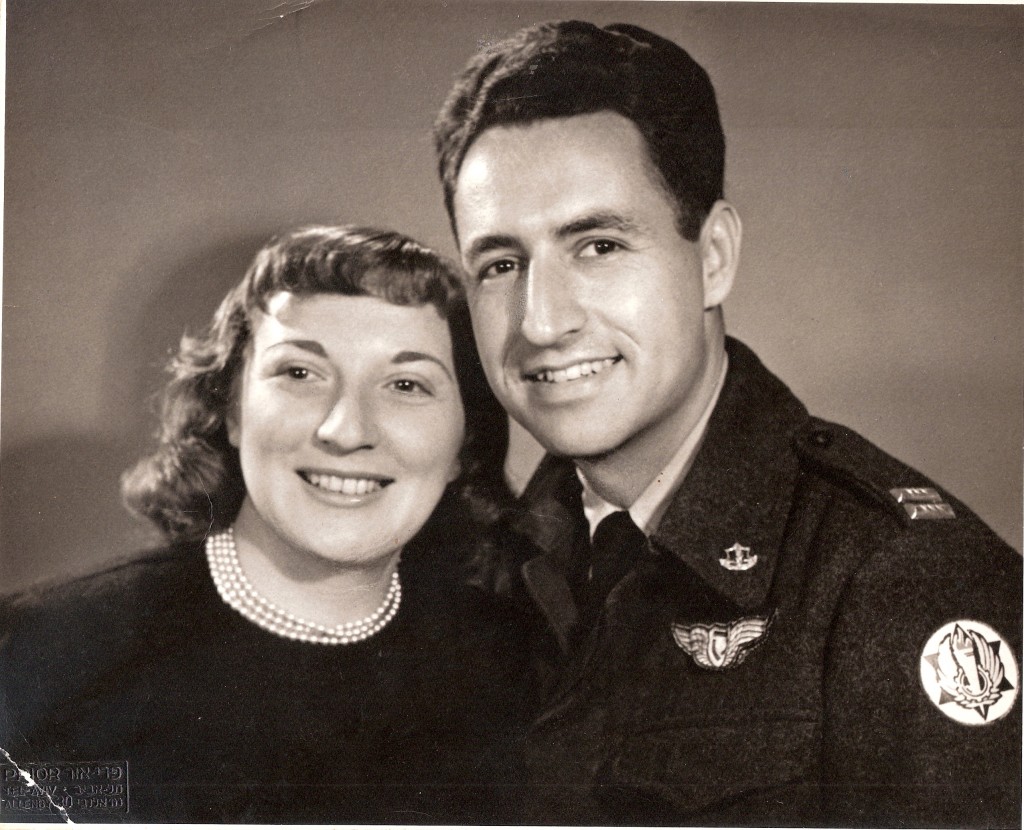 My parents’ engagement picture (by Prior, Tel Aviv)

I wish my father were alive to celebrate Israel’s 70th Yom HaAtzmaut.  A little-known hero from that era – having served as a Mahal pilot – you have probably never heard of him.

My father was not only a pilot, but he was a rabbi, and a very talented and dedicated one at that. When he gave a sermon he quoted not only from the weekly portion, the Talmud, and other rabbinic sources—but from general philosophy, literature, and science. A true erudite. He jotted down microscopic or abbreviated typewritten notes on a card, and captured  his audience as he spoke from the pulpit. He was a well-rounded genius who was even published in the Bulletin of the Atomic Scientist.  And all this in a time before one could look up quotes or do fact checks on the Internet. But he was also genuinely down to earth, and a family-man, featured in the local press on several occasions, in his role of rabbi and father, with a family hanukia-lighting photo-op. He loved all living creatures, never so much as killing a spider, and taught me all I know about astronomy, navigating, and knot-tying. Rumor has it he even knew how to make sponge cake, and could darn his own socks. But you may not have heard of him. That’s why I am here, now, on the eve of his 25th yahrzeit which falls during Passover, to thank him in public for making it possible for all of us to live the lives we are fortunate enough to live, now, in Israel.

My father Samuel Moses Burstein was born in New York, a third generation American. He arrived in Israel illegally via Europe under the name David Szupak. And he joined the Israel Air Force as Shmuel Barav. In a nutshell, after graduating Columbia College at the age of 20, having studied physics and math, my father followed his father’s footsteps and became a pulpit rabbi. While serving as a rabbi in Lincoln Nebraska in the 1940s he was, frankly, bored. He was not married, there was no TV or Internet back then, so he did what anyone would do to fill up free time: he learned to fly! Rabbi Burstein shortly thereafter found himself serving as a US Chaplain at a Displaced Persons camp in Frankfurt Germany (I recently found a Passover haggadah, with the menu, that he used at the time). But apparently that wasn’t enough for him, he felt the urge to also help the fledgling state of Israel, share his flight as well as “hachshara training,” and got himself over here at the end of 1948, under an assumed name, David Szupak. When he left in 1951 to marry my mother Pearl Shmidman whom he met while she was working in the Knesset, the intention was to return to Israel. Health reasons delayed those plans, and the rest is history. My mother did make Aliya in the year 2000 and had the opportunity to come full circle for eleven wonderful years with us.

My father’s story never made it to the film “Above and Beyond” and other recent documentaries about volunteer (Mahal) pilots during the War of Independence because, frankly, he passed away too long ago, 25 years ago, and his story was largely forgotten. The film makers were, rightfully so, looking for live testimonies. But my father was so modest, that even had he been alive, I wonder if he would have shared his experiences. I do not remember him talking about his glorious past, while I was a child. My mother, on the other hand, never gave up an opportunity to share his story (as everyone who ever knew her, can testify!), with such pride, but my father was one of the most modest people I ever knew. I think he just did what he thought was the right thing to do, never expecting a reward, or even public acknowledgment. To this day this pulls at my heartstrings.

During the years 1948-1951, Shmuel Barav who was originally sent to Ein Hanetsiv, then shortly thereafter found himself in Tel Nof, became base commander in Beersheva, and ultimately flight instructor at Kfar Syrkin where he also wrote technical manuals some of which we came across after his death. With a penchant for photography, my father always had his camera with him when he flew. We have, somewhere, old aerial pictures of the Negev and even Nahalal (looks the same as today!). Our car trunk was always full, with emergency rations and safety equipment, as my father was, after all, a pilot, prepared for any situation. And yes, he taught my sister and me, from an early age, to shoot pistols and rifles, not to be afraid of them, and not to abuse them. Having seen the aftermath of the Holocaust, and a proud American, he strongly felt that we, especially his girls, should know how, and had the right, to defend ourselves. His religion was at the heart of everything he did, though he never forced his beliefs on anyone.  I remember that he would leave the prayer book, the siddur, next to my bowl of cereal on Sunday mornings before he left to teach—but never asked me if I used it. I am sure he would have been proud, to say the least, of my children who have served in the IDF and IAF.  If you’d like to learn more about Flight Officer Barav’s experiences, my father did write a book, entitled, of course, Rabbi With Wings: Story of a Pilot.

It is customary to sponsor a “shiur” (lecture/learning on a Jewish topic) and invite friends and family, to mark a loved one’s yahrzeit, the anniversary of one’s passing.  But I’ll be honest, all speakers pale in comparison to my father, and I really don’t want to commemorate him in this traditional manner.

Instead, since I have kept your attention this far, I would like to ask for a small favor. One of my father’s favorite adages was “In a place where there are no men, strive to be a man” (Pirkei Avot 2:5). There are various ways to interpret this, but my father always said, that when you see someone doing something wrong, when you see an injustice, if you live among immoral people, no matter how hard this may be for you—YOU do the right thing. I don’t feel the need to do a formal “azkara” for my father. Instead, the next time you are in a challenging situation, and must choose the right path, even if it is hard—think of my father, HaRav Shmuel Moshe ben Harav Avraham and Bat Kochva, a lesser-known rabbi-pilot who in his own modest way was a role model for us all. Do what’s right. That is the best way of memorializing him and in so doing, making the world we live in, a better place.

May his memory be for a blessing, and a lesson to us all.

About the Author
Alissa Burstein is an over-educated mother, wife and cat lover living in the center of Israel. With a PhD in education, she currently works at the Bar-Ilan University Azrieli Faculty of Medicine in an administrative capacity. Yoga and good coffee (and cats!) keep her somewhat sane.
Related Topics
Related Posts
Alissa Burstein
Comments