One day centuries ago, the Roman emperor’s daughter paid a visit to the famous Rabbi Yehoshua ben Chananiah. On the surface, it is a strange tale as recorded in the Talmud (Ta’anit 7a) — but not really that strange. 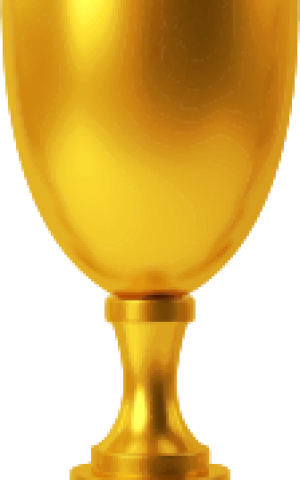 Historians tell us that at a certain time around the first centuries C.E. many upper-class Roman women showed a serious interest in Judaism, some (as I recall) even converting. So for her to choose a rabbi to talk to might not be that unusual, and for her to pick this specific rabbi — that, too is understandable because of his stature. (He was among the three primary teachers of greatest-of-them-all, Rabbi Akiva).

For the rest of the story, we may have to use a little Yiddish, as I imagine a student in the Volozhin or Mirrer Yeshiva might have thought when learning this tale. The first word out of the emperor’s daughter’s mouth is “Ay!” which in Aramaic and talmudic Hebrew can only be translated as “Oy!”

Now we have to picture the meeting. The emperor’s daughter shows up at his home and work (probably the same location) in all her elegant finery. To put it in modern terms what today would be an Armani or Fendi dress, David Yurman jewels around her neck and wrists and hanging from her ears, a Birkin purse dangling from one arm, and shoes by Jimmy Choo. (Translation in Mir, she was all farpitzt.)

Now according to one source, Rabbi Yehoshua made his living as a blacksmith, which would be enough of a shock as it is, but the “ay” was surely from the rest of her impression of how he looked, because she says, “Such magnificent Torah in such an ugly vessel!” (Translation for the Volozhiner student, he was a real miesser.) She was not really being unfair about his appearance for his ugliness was apparent to all of Rabbi Yehoshua’s colleagues, students, and friends. 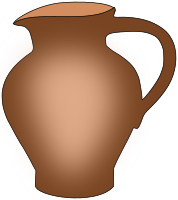 The good rabbi replied, “It what kind of containers does you father store his wine?”

She says, “In clay containers. In what should he store them?” He replied, “You people, who are such important people, should keep them in containers of silver and gold.”

She told her father to do that. He put the wine in silver and gold containers — no doubt the finest wine anywhere to be found in the empire — as she said, and they turned to vinegar. They (the wine keepers) told the emperor what had happened.

He asked his daughter, “Who told you to do this?”
She said, “Rabbi Yehoshua ben Chananiah.”
They summoned him and the emperor asked, “Why did you tell her that?”
He answered, “I only said to her what she had said to me.”
The emperor, “But there are also good-looking ones who have learned great Torah.”
Rabbi Yehoshua, “If they were more unpleasant looking, they would have learned much more.”
So goes the story.

The lesson (musar) is trickier. While we cannot get into the psyche of Rabbi Yehoshua who lived every day with his appearance, I think it would be unwise to universalize what the good rabbi said. While we may hear stories of individuals with afflictions and disabilities who are driven to excel to compensate for the exclusion, isolation, or whispered unkind words of  others, we do not hear of the ones who just couldn’t do it, who sank into a lifelong depression. And, I believe, though we might be sympathetic to Rabbi Yehoshua’s closing words, we ought not to apply them everywhere. The cost to the other person’s well-being may be great beyond what we “normal people” could imagine.

(This is the second in a series of blog posts regarding the physical attributes of the rabbis in the Talmud, the first can be found here)