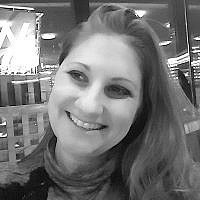 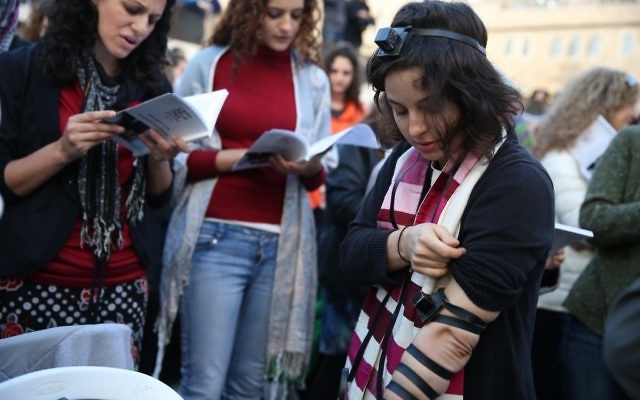 The following was sent to me by a sister from Women of the Wall, Rachel Ann Anolick, to be shared. It speaks to the very spirit and heart of pluralism which WOW embodies through prayer.

My family was what I have come to call Conservadox: We kept Shabbat, sort of, we ate kosher, sort of, and we were happy with how we were.

Until I was 12 years old. There came a point when I was 12 when I asked myself three questions:

So I became frum, slowly taking on the laws I felt were incumbent upon me, bit by bit.

I did not however give up me.

I was always feminist. Orthodox, Jewish, feminist, made up for a very small niche. For many years I knew very few like me – that was about 30 years ago. Actually, I just knew me.

Then I moved to Brooklyn and met Rivka Haut, and the women who formed a small, but vibrant weekly גמרא (gemara) shiur and a monthly davening group. There is something special about davening with a group of women where one plays a part, especially when one has learned with them as well. My attention became more focused. I became more aware of what was going on within the service.

I found my chevra, my place. Then we moved to New Jersey, then ten years ago to Israel. No women’s davening group in those places that I knew of.

Last year I heard about Women of the Wall. So I came.

Women together, davening together, lifting their voices to G-d, in prayer, in song at the kotel. What could be more beautiful? I was amazed. Looking around at the women beside me I see faces full of joy and awe, a sense of achdut (unity) that I don’t feel elsewhere.

Achdut of harmony I call it, each of us different yet together, accepted as who we are, part of something bigger than ourselves. Jewish women of all different streams, coming together, with respect and love, repairing the mistake of our forebearers, whose strife destroyed the Temple. Standing together in harmony I imagine we are rebuilding the Beit HaMikdash spiritually. May it be rebuilt physically, in our days.

[editor’s note: I asked Ms. Anolick her thoughts on the claim that WOW’s prayers are less than sincere. The following is her insightful response]

As for the sincerity of WOW prayers, while of course I can’t speak to each and everyone woman, on the whole yes. One only has to look at the faces of the women and see that they are, in the majority, connecting with G-d as a group.

What I found most beautiful was the love and acceptance of each other regardless of other factors.

Several moments stick out in my mind from the Kislev/25th Anniversary davening, one involved me on a personal level.

My derech is that women don’t wear tallit or tefillin. I understand that women can, though I disagree with it, however, I respect others for their derech as well. “These and these” is one of our guiding principles.

The call came to those women who had tallit to stretch out their tallit and invite other women to share, and several women offered to take me under, their tallit. I did not, felt I should not. What struck me though was not only was my “no thank” sufficient, but the women who offered had the same smile on their face before and after my reply. There was no attempt to “convince me” no attempt to question me, no sense of rejection at all. I was accepted as who I was.

I did feel a slight degree of envy for those who went under the canopy, and came home and talked about it with my husband. Could I do it? We decided I could not.

Perhaps this goes to the fear of some of the Charedim; that attraction will lead to action. However, life isn’t meant to be lived in a bubble. If my faith isn’t strong enough to say “that is interesting to me, I wish I could do that, but I realize I cannot”, then what is my faith? Just words.

I’m happy for the women who are able to sense that “aliyah” though it is denied me. Why should I not feel happiness for others even if it isn’t something that I feel I can do? Jealousy is a sad feeling, and that is the emotion behind “attraction will lead to action”.

Perhaps it is, in the end, a matter of emunah.

Yasher Koach, Rachel. Thank you for sharing this thoughtful piece with us.