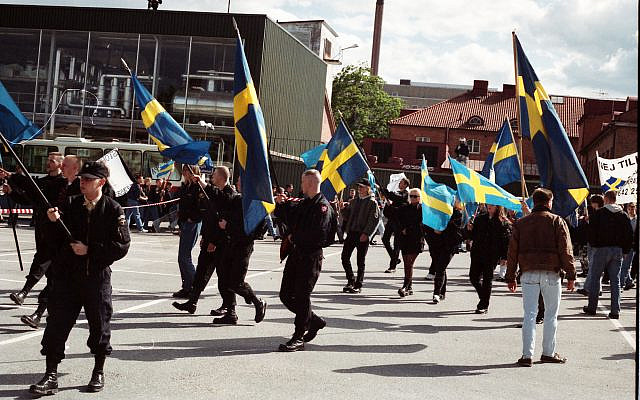 There has been a lot of focus and attention on racism against the black community in the US, rightfully so. Racism against that community unfortunately exists on other places as well. Since I live in Sweden, I want to share some of their experiences here with you.

This data was collected nation-wide by the government in 2018. The Christian Democrats, the Nazi party and the right-wing hawkish party opposed this survey.

In the private employment sector, Afro-Swedes earns 36% less than the median of comparable work or titles – the same numbers goes for what follows below.

Those employed by the local council earns 10% less – nurses, garbage-collectors, social workers and the full plethora.

An Afro-Swede with a completed bachelor exam earns 49% less than ethnic swedes do.

There is an actual disadvantage for Afro-Swedes attending higher studies – since they don’t get employed at the same rate as those who only qualify for lower income jobs. Those educated have a higher unemployment-rate if not accepting a job that doesn’t require an education.

Afro-Swedes needs a full doctor, a PhD, in order to earn the same income as an ethnic swede, who only attended high school or less.

Afro-Swedes who have a work considered to be leading or in a management position earns 77% of what an ethnic swede does.

Afro-Swedes generally receives more harsh sentencing than an ethnic Swede, according to BRÅ – the Swedish bureau for criminal statistics, they get sentenced more often than an ethnic swede. Often in combination with a heavier sentence – this is specially interesting since the law leaves very little room for interpretation in many criminal cases and Sweden doesn’t have a jury-system. The courts have politically appointed observers, who convey together with the judge, prosecutor and the lawyer and then reaches a decision. Since Sweden has been social-democratic for most of it’s democratic era – Afro-Swedes still gets mistreated. Now when the party with Nazi roots are present – they push the language and discourse to a more hostile and polarized version each day.

A year ago it was not acceptable to measure a certain ethnic group’s criminal behaviour. That was out of touch since we happily consider everyone a Swede. Yet that changed and a survey was conducted – it turned out Afro-Swedes does not commit more criminal acts than the general population. Nevertheless they get reported, stopped, frisked, searched and becomes suspects in more cases than others – when comparing it to ethnic swedes the number is a shameful 15 to 1.

It goes without saying that any group with a foreign background in Sweden does not commit more crimes than an ethnic swede. Still we find that 69% of those incarcerated today are not ethnic swedes according to the penal system agency.

So why are the numbers so screwed? It’s spelled racism at first. And having a hard time leaving socioeconomic deprived areas. And intersectionality. And a twisted version of strain – where the minority struggle to be on par with the rest of the country and they do everything right – they get questioned and receive suspicion upon how and why they succeeded. And when they succeed, there are countless stories of people, companies and organizations ignoring them or not willing to do business with them. That’s when they have to turn inside their community and hence the segregation only grows stronger.

Racism. What a useless way of thinking in 2020. And all other years before that. We use to think that civil advancement and progress makes us better. But racism continue to flourish.