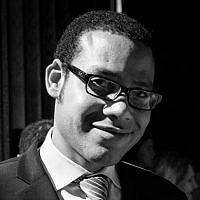 The Blogs
Shimon Mercer-Wood
Apply for a Blog
Please note that the posts on The Blogs are contributed by third parties. The opinions, facts and any media content in them are presented solely by the authors, and neither The Times of Israel nor its partners assume any responsibility for them. Please contact us in case of abuse. In case of abuse,
Report this post.

NEW YORK (JTA) — “We are committed to helping ensure that the State of Israel welcomes Jews of all colors.”

“We say, we have black lives that matter in Africa.”

“In America, race has been a central area of Jewish concern historically.”

These are all statements that have been made in the course of a well-orchestrated public relations campaign to hasten the implementation of an Israeli government decision, reached in 2105, allowing the immigration of a number of Ethiopian citizens. These Ethiopians claim Jewish lineage as Falash Mura, descendants of converts to Christianity, and family ties to Ethiopian Jews.

While the Israeli Cabinet decided that members of the community be brought to Israel, and this week sent a senior official to Ethiopia to begin implementing that decision, advocates for the community protest that the process has been delayed.

As the statements cited above clearly show, the campaign has become steeped in the language of the struggle against racism. The dog-whistle message of this language is unmistakable: “Israel is delaying the implementation of this decision because the people in question are black. Had they been white, they would have long been living in Israel.”

In an op-ed for JTA, and in remarks to journalists and community leaders, one of the leaders of the campaign, Dr. David Elcott, left the unequivocal impression that the question is one of racial discrimination.

I also met with Dr. Elcott, who presented his initiative as an heir to the civil rights movement. I was consumed with anger, literally unable to sleep for several days. I was surprised by the intensity of my emotional reaction. After all, having represented Israel in diplomatic missions across the world for over 10 years, I had already become accustomed to hearing many such calumnies against the Jewish state.

So why was I so enraged by this one?

It eventually dawned on me that I was outraged not as an Israeli but as an African. My own father came to Israel from Africa with the Ghana Embassy in 1965, at the height of the “love affair” being rekindled today between the Jewish state and the African continent. On the eve of the Six-Day War of 1967, my father threw in his lot with the embattled Jewish nation and was subsequently witness to its miraculous salvation. He went on to convert to Judaism, join the Israeli army and make Israel his one and only home.

Always having been proud of my African heritage and lineage, I was incensed by the assumption implicit in the racial tenor of this campaign: “If it involves Africans, it’s probably about race. Race is, after all, the essential, defining property of Africans, isn’t it?”

The racial framing of their supporters’ campaign is not only in language but in argument. Advocates have claimed that Israel is applying a standard to black Africans that it did not apply to Europeans who were welcomed as olim even when questions arose about their Jewish lineage. This is simply and factually false. The one and only criterion for making aliyah, which in Israel is a legally binding term, is the Law of Return. It speaks not of being a Jew according to halachah, or rabbinic law, but of having been born to a Jewish grandparent. The law has always applied and will always apply equally and unwaveringly to any human being — of any race and of any persuasion.

The fact that the government of Israel has had to make, and is in the process of implementing, a special ad hoc humanitarian decision to facilitate the immigration of these communities in the first place is precisely because the Africans were found not to meet the criteria for aliyah set out in the Law of Return. Nonetheless, in view of the hardships they face and on account of family ties to Jews in Israel, the Israeli government unanimously decided to facilitate the naturalization of people from these communities and even grant them full benefits as olim.

This demonstrates that Israel is not less sensitive to the community in Ethiopia, but in fact more sensitive to their plight than to that of any other such group in the world. Once this fact is obfuscated, the spotlight turns naturally and unjustly to the question of race. 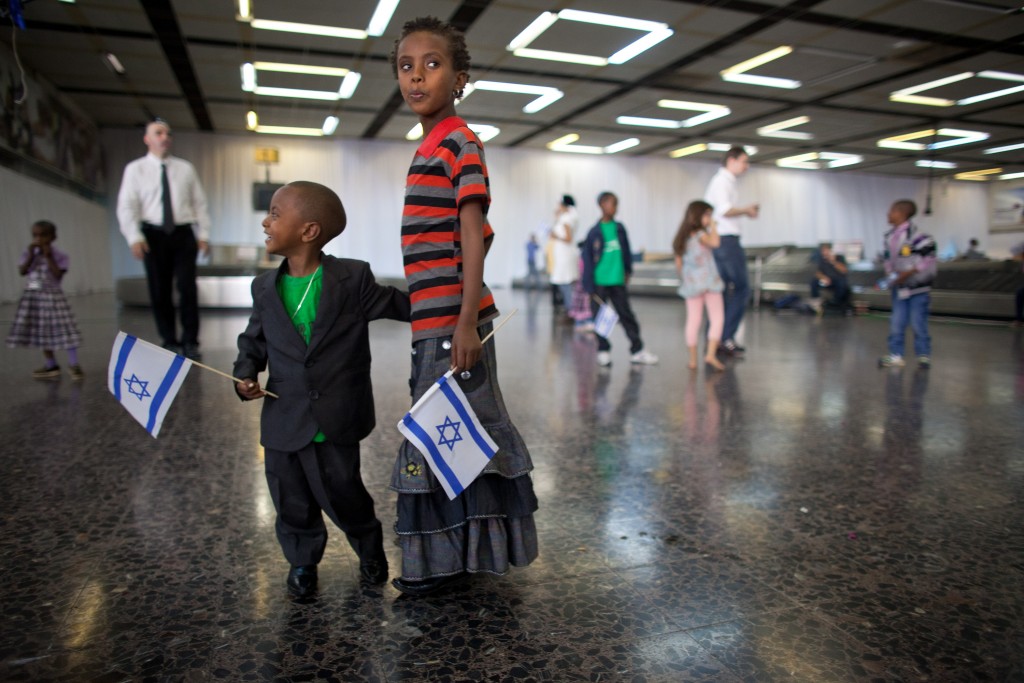 Moreover, in the public debate in Israel over the Falash Mura and their relations, the staunchest voices against their immigration were often those of Ethiopian Jews. They complained that Ethiopian Christians, who had come to Israel by claiming Jewish lineage, had no intention of identifying as Jews and were even continuing to use the same anti-Semitic slurs against the Ethiopian Jews – “Falasha” and “Buda’” – as they had done in Ethiopia. Some even reported attempts by such groups to convert Ethiopian Jews to Christianity.

One can criticize these voices for holding the many responsible for actions of the few and for bearing longstanding grudges. Indeed, it is to the great credit of the Israeli government that it decided to allow immigration from Gondar and Addis despite the accusations. But the objections of Ethiopian Israelis belie the notion that the question at hand is one of white versus black.

To continue portraying the issue as one of race is symptomatic of a difficulty to see Africans outside the prism of skin color. In the year-and-a-half since I came to the United States, for every day of which I am truly grateful, I have encountered this attitude on numerous occasions, an experience not always pleasant. At so many dinner tables, speaking engagements and social gatherings, I have been met with incredulous stares and blinking eyes.

“Aren’t you going to talk about your ‘background’?” the question rings time and again.

For some in the US, there is something inherently puzzling about an African Jew discussing, say, Middle Eastern geopolitics and not making any reference to race relations. Again, it is assumed, if there is anAfrican involved, it must somehow relate to race.

To be clear, I am not ascribing this attitude to straightforward racism. More often than not, the positions articulated toward me qua “racial issues” are supportive and sympathetic. But that does not make any less alienating the perception that everything I do, everything I am involved in and everything that concerns me must somehow be in the context of race. Even in the case of the current campaign for those claiming to be Falash Mura, one of its advocates, while trying to exhort me to come on board, quoted from the Book of Esther, saying “maybe this is the moment for which you got to where you are.”

Really? I thought to myself.  The culmination of my diplomatic career necessarily predicated on the color of my skin?

The desire of American Jews to see the implementation of a humane and compassionate decision by the government of Israel is a noble one. Their campaign is welcome and praiseworthy. Jews in America are and must always see themselves as stakeholders in the Jewish state and as rightful partners in its decision-making process. This government decision, as well as others, must certainly be followed through with effective and determined action. The 50 rabbis and community leaders who initially attached their names to a petition on the Ethiopians’ behalf, several of whom I know and cherish, were expressing the best of the ethical legacy of Judaism. This campaign could be a true blessing to the community and to the State of Israel.

But wrongly invoking racial conflict, misappropriating the language of the the struggle for racial justice in America and insinuating that the decisions of the Israeli government are informed by racism are harmful, hurtful and unjust. Propagating the perception that Israel is on the wrong side of the fight against racism introduces a toxin into the relations between American and Israeli Jews — a toxin that will take many years to expunge. Who can expect young American Jews to want anything to do with Israel if they are systematically led to believe it is racist?

Moreover, such language threatens to taint and discredit a cause that could otherwise be a beautiful example of the sincere and caring conversation within the Jewish people.

The implementation of the Israeli government concerning remnants of the Falash Mura community with family ties to Israel will continue, and so must the campaign supporting it.

But for the sake of all of us, let us not make this one a question of race.

About the Author
Shimon Mercer-Wood is spokesman and consul for media affairs at the Consulate General of Israel in New York.
Related Topics
Related Posts
Comments