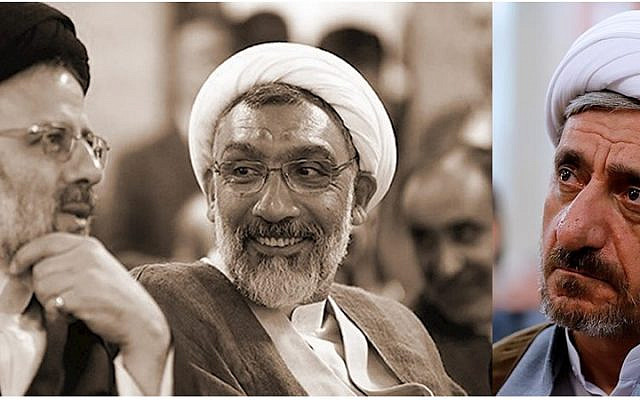 Primarily, the  name of MOIS (Ministry of Intelligence and Security) has labeled with Terrorism. simultaneously, they created the reign of terror and  they shaped transnational terrorist network in the globe to protect the Shia’ Islamic caliphate in Iran.

The main role of MOIS , as a branch of  the  Iranian regime’s intelligence community or Iran’s Council for Intelligence Coordination (CIC), is supporting Terrorism, radicalism, sectarianism and other elements of Khomeinism.

Albeit, doing terrorist activities is the policy of mullah’s regime in Tehran after the end of world war II, 1945. it’s not easy to encapsulate in a simple definition or summarize all main points, but to explicit it, however, studying the history of terrorism in Iran cannot be limit to the recent 4 decades which started from 1979.

Iran, since the rebellion of 1979, has been ruled by a radical militant and expansionist Shiite theocracy with worldwide hegemonic ambitions. The outlaw regime of mullahs , constantly, supported Islamic terrorism from its earliest days, with the ideological view of Khomeinism. It remains to be committed to exporting the Islamic revolution wherever it can to challenge the international norms.

Precisely, most of the agencies in EU or US  designates Iranian Ministry of Intelligence and Security [MOIS] for Human Rights Abuses and Support for Terrorism.

More to the point, on 2/16/2012, ‘The U.S. Department of the Treasury announced the designation of the Iranian Ministry of Intelligence and Security (MOIS), Iran’s primary intelligence organization, for its support to terrorist groups as well as its central role in perpetrating human rights abuses against the citizens of Iran and its role in supporting the terrorism’.

In addition, speaking more practically, another reason for this standpoint is the assassination of the opponents or the key enemy figures of Mullah’s regime. in current decade, in some major sectors there were staging strikes and had the potentiality to be spread all over Iran. MOIS suppressed all of those strikes mercilessly.

In actuality, most of the courts in EU or US annunciated some of the malign activities of assassination teams of Iran’s regime in the media; and the roots go back as far as the 14 century ago. the methods of terror are much the same as Iran’s present-day community of Intelligence doing. As an illustration, MOIS carries out acts of espionage and the assassination on behalf of the Iranian religious octopus in structure of Mullahs.

Frighteningly, Iranian regime have plentiful unidentified sleep cells inside Europe and US to create atrocities and perilous crisis. opponents to this view, or apologists of mullah’s regime, might argue that this is a norm among the intelligence services around the globe. it is not true!

Portentously, the Islamic republic or Islamic caliphate of mullahs in Iran will continue its aggressive behavior, and no matter who is spy mullah in MOIS. The regime’s pursuit of hegemonic power in the Middle East and beyond will not abate. The MOIS and the Quds Force will continue to operationally support terrorism as well as Iran’s covert ballistic and nuclear programs.

In a trice, or on Aug. 8. 2021, one of the wide-eyed tyrant and monster of Islamic caliphate in Iran will be the new president of Iran. the political analyst consider the potential candidates for MOIS.

Raisi, is a horrendous and brutal hangman who has spent his entire profession inside the regime’s repressive body. as soon as  Raisi was declared winner of Iran’s June 18 presidential election by the regime, the intelligence world quickly turned its attention to the potential minister of intelligence in Raisi’s administration.

This point never to be forgotten that, before the winter of 1979 with no spring insight, CIA and most of intelligence agencies in the west had close ties with SAVAK during the cold war. in spite of the fact, in 21st century, all the intelligence agencies in the civilized world the international community  hesitated to cooperate with the tyrant regime of religious octopus in Iran.

Inescapably, “Raisi is who you think and he is” with the history of crimes and bloody hands, so, the modern world know that a criminal thug such as “Raisi is the worst for any deal” or any negotiations. regrettably, some of the pro regime apologists with deception, paints a rosy picture of a mass-murderer and a bloodsheder!

As Senator Ted Cruz bravely and accurately declared on Iranian regime’s President-elect Ebrahim Raisi: “Raisi is a monster & a tyrant. He was 1 of the 4 judges on the death committees in 1988 responsible for the mass executions of thousands of political prisoners over 5 months.”

Beside this matter, in internal media, some of the authorities or journalists in Iran, talk about the potential candidates for Raisi’s administration. though, Khamenei, himself, will pick the spy mullah for MOIS and Raisi cannot make an obstruct in Khamenei’s decision.

There are some names, a likely candidates for the post of intelligence minister :

More likely, somebody from the Haqqani Seminary in Qom with a radical ideology, will be elected as a minister of MOIS.

Shamelessly, In 2016, he said: “We are proud to have carried out God’s commandment concerning the persecution of  political prisoners,… I am at peace and have not lost any sleep all these years because I acted in accordance with law and Islam”.

More likely, Mohseni-Eje’i will be replaced by Khamenei, as Chief Justice of Iran. He is a radical and corrupted Mullah from the Haqqani school in Qum. because Khamenei needs someone to be in accordance with Raisi to control the internal situation in Iran.

To be cynical, It seems improbable that Khamenei picked a rational Mullah as a Minister of MOIS. doggedly, Khamenei will select someone to be loyal to his goals and be a master of bloodletting.

In reality, from pessimistic point of view, Raisi tries to establish the reign of terror inside Iran.  more likely, Raisi will thrust upon his MOIS minister to following radicalism , aggressive policies ,meddling in regional crises,  increasing extremism , supporting terrorism , destabilizing the region and activating of terrorist proxies in the Middle East to protect the mullah’s regime. “Butcher of Iran” was in the pocket of Wilayat Al-Faqih (Guardianship of the Islamic jurist) for such days and revenge on all of the opponents ruthlessly.

admittedly, the main concern of new MOIS minister will be concentrating on Mossad. most of Iranian officials announced publicly:  “Mossad is everywhere!”  the latest one is the former Intelligence Minister who stroppily spoke out: Iran officials should fear Mossad! all Iranian officials are at risk of being eliminated by Mossad”. Ali Younesi, the spy mullah of the so called reformist President Khatami chidded MOIS and IRGC Intelligence organization for dereliction of duty in confronting infiltrators & for feebleness in monitoring. the Mossad has infiltrated different parts of the country.” his polemical speech abut this fiasco has poleaxed some officials!