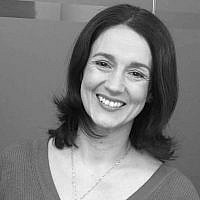 The Blogs
Annabel Monaghan
Apply for a Blog
Advertisement
Please note that the posts on The Blogs are contributed by third parties. The opinions, facts and any media content in them are presented solely by the authors, and neither The Times of Israel nor its partners assume any responsibility for them. Please contact us in case of abuse. In case of abuse,
Report this post.

In mid-Eastern countries, there is a distinct lack in renewable energy technologies for the masses. However, the industry is currently picking up speed, with the number of renewable energy facilities rising up 48.1 percent back in 2021.

The country’s Electrical Authority and the Ministry of Energy released a report on the rising number of such facilities, which went from 4,929 in 2020 to 7,298 which is close to double the amount of renewable energy facilities in Israel.

According to reports, only 8.1 percent of Israel’s electricity consumption was from renewable sources and authorities aim to reach at least 20 percent of clean energy consumption by the end of 2025 and it seems that their economic alliance with the United Arab Emirates (UAE) will be expediting their course towards a cleaner and more sustainable future.

The signing of the Abraham Accords occurred in September of 2020 and while the accords focus largely between business dealings of private companies and firms, both governments have also struck up multiple deals and projects which will increase efficiency in implementing beneficial improvements in both countries.

For instance, the agreement between Israel’s Trans-Israel Pipeline and the Emirati Med-Red company has already been enacted which shortens the distance for petroleum transport, removing the need to travel through the Suez Canal completely.

Israel’s Electric Company has also signed on an energy project with Energroup, based in Dubai. The participating firms will be investigating hydrogen production which will be their joint venture into clean energy. The Emiratis are especially interested in clean energy and have plans to foray into the international market, with their sights set on Europe.

However, there has been certain hiccups in their plans due to the current political climate, with Nimrod Goren, the founder and head of the Israeli Institute for Regional Foreign Policies, weighing in with, “Eastern Mediterranean energy sources can indeed be part of the solution to the EU’s dependence on Russian supplies. But, to fulfill this potential in a way that benefits all countries, the region should become a more collaborative one, with less focus on conflicts and tensions.”

Ofer Bloch of Israel’s Energy Company returned from a discussion in Dubai with a signed statement of intent with the general manager of Energroup, Murad Dahabi. UAE will continue to pour heavily into funding the project, but new details regarding the project seems to suggest that the hydrogen will not be produced by Energy Company, but that they will have a hand in developing international projects.

While this may cause concerns that the government will be focusing on the international market instead of their domestic affairs, they have reassured the Israelis that it isn’t the case with their current action plan of repurposing existing power stations so that it is ready for hydrogen integration when the project takes off and is ready to be implemented.

In Australia, technologies like Tesla Powerwall are commonplace due to the push for renewable energy since 2001. Israeli’s Electric Company is currently working with Technion in an attempt to convert electricity from hydrogen. It’s an existing technology, but one that they are hoping to refine on so they are able to develop it into a much more sustainable model. But that isn’t to say that converting hydrogen to electricity is not sustainable, in fact, there are power stations that already do so with pure water emissions. The problems that they are currently tackling are the issues of cost. A lot of energy goes into producing and manufacturing hydrogen, which can be a bit of a step forward and two steps back if they are unable to come up with something that is more cost effective. To move forward with their hydrogen plans, they will have to figure out a way to produce hydrogen and its fuel cells more sustainably.

With the Abraham Accords, the Middle East has opened itself to the potential for collaborative projects which will prove beneficial to the economy and market. By putting conflict behind them, the two countries will be able to move forward together and bring about better efficiency as well as management of resources.

With renewable energy in the midst of being developed, the country still has to obtain energy somewhere and have come to a new agreement with London-based Energean which will allow Israeli’s Electric Company to purchase gas from their fields.

“IEC continues to aim to diversify its gas procurement sources, while seeking and finding the lowest and most competitive prices for the benefit of the public,” IEC CEO Ofer Bloch announced in a statement.

It is clear with this new division of supply that Israel is finding their own foothold in the global market and to gain political advantage, as well as to propel the country towards the future.

About the Author
Annabel Monaghan is the COO of Yellowhead Media. As a former data scientist, Annabel has a vested interested in Israel's startup ecosystem and aims to share her insights learnt from expanding a business into Israel.
Related Topics
Related Posts
Comments