The Blogs
Shai Franklin
Partner with Gotham Government Relations
Apply for a Blog
Please note that the posts on The Blogs are contributed by third parties. The opinions, facts and any media content in them are presented solely by the authors, and neither The Times of Israel nor its partners assume any responsibility for them. Please contact us in case of abuse. In case of abuse,
Report this post. 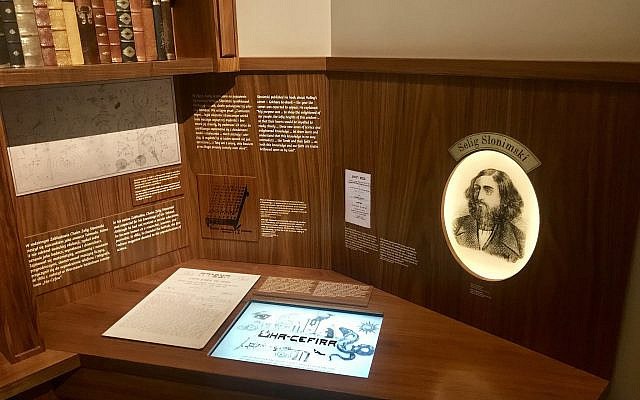 Last month, Israeli Foreign Minister Yair Lapid called Poland “an anti-democratic, non-liberal country,” a view which many experts might endorse. But it wasn’t the Polish government’s infringements against judicial independence and freedom of the press, or its anti-gay policies, which drove Lapid to abandon diplomatic discretion. No, it was a law blocking the restitution of properties seized by the post-War Communist regime.

In one tweet, Lapid advised the Polish ambassador to remain in Poland and “explain to Poles the meaning of the Holocaust in the eyes of Israeli citizens and how we won’t tolerate contempt for the memory of the victims and Holocaust remembrance. This won’t stop here…”

It has been disappointing to see Poland repeatedly put off the righting of historical wrongs like expropriated property. But while this certainly affects survivors of the Holocaust and disproportionately impacts Jews, it has no direct connection with Holocaust justice or remembrance.

Nevertheless, each side sees political value in making this controversy about the Holocaust. In response to Lapid’s digital démarche, the Polish government has suggested ending Israeli school trips to Auschwitz and other Holocaust sites. A few years ago, in defense of new restrictions on Holocaust research, Poland’s Prime Minister implied that Jews had also been perpetrators.

When Israeli officials accuse the Polish government of “antisemitism” – the Jewish nuclear option – this makes it very difficult for Jewish community representatives to credibly go back and continue engaging the Poles on restitution and many other topics. For obvious reasons of history and identity, the Israeli government must have a seat at the table in these discussions; but in the same sense, it should not get to break the table in half whenever it pleases.

It’s bad enough when anti-Polish tirades by Lapid and his recent predecessor Israel Katz (in his first day on the job!) upend the long-term efforts of international Jewish groups. But their total disregard for the position and prerogatives of Poland’s local Jewish community is an insult to the very Jewish dignity Israelis claim to be avenging.

Israel has sovereign interests which often have nothing to do with fighting antisemitism or honoring Holocaust memory. It can pick a fight or escalate a crisis for the right reasons or to gain political leverage at home or abroad, or to express the particular official’s own deeply held passions. And that’s fine, as long as Israel isn’t purporting to represent all Jews everywhere, especially on such transcendent and complex issues.

Yet, Israeli leaders often do claim to speak for all Jews. In another Hebrew tweet, Minister Lapid declared:

“The times when Poles could hurt the Jews with no reaction are gone and won’t return. The Jews have a proud and strong state of their own. We aren’t frightened by antisemitic threats, and we have no intention of blinking in the face of the disgraceful behavior of Poland’s anti-democratic government.”

Given this latest escalation, no early rapprochement appears likely. What might be possible, however, is to reboot the relationship between Poland and world Jewry, with or without Israeli officials.

For Jews, for Israelis, for Americans, the relationship with Poland goes well beyond strategic alliances and economic integration. There’s a deep history on all sides, with grievances as well as greatness, marked by poets, scientists, scholars, patriots, financiers, fighters, adversaries, and partners. And every Pole over the age of 35 is haunted by the hardship of Communist repression. This layered heritage is largely overlooked by the conventional Jewish narrative and by the pilgrimages of young Jews from around the world.

In light of these political and emotional realities, what might be done to foster an atmosphere in which difficult issues can be constructively addressed, perhaps by a future Polish government with different priorities and a different political base?

Second, we need more serious and open-ended dialogue between the Polish establishment and American and Polish Jews, and some good programs are already underway. It’s important to publicize American Jewish voices – not only about the Holocaust but about Poland and freedom, about Jewish ideas and aspirations, about identity and possibility, about honesty and healing and hope.

These encounters should include diplomats, politicians, community and cultural leaders, entrepreneurs, historians, educators, students, and journalists. A candid and respectful series of public conversations can focus on all aspects of this relationship, including the Holocaust and Polish resistance, with a goal of recommitting to mutual understanding and cooperation – not ‘moving beyond’ World War II, but rather appreciating and honoring the rich history and shared present. We can also expect encouragement and support from Mark Brzezinski, a proud scion of Polish independence and ally of Jewish causes, who’s been nominated as the next U.S. envoy to Warsaw.

Thousands of Righteous Gentiles cannot offset the millions of Jews massacred by Nazis on Polish soil. But in addition to visits to the death camps, young Jews in programs like March of the Living also honor and learn about these and other heroes of Poland. Hopefully they spend a day in Warsaw’s Polin Museum, learning about the millennium of Jewish history which preceded the German-Soviet invasion. The more they can sit with their Polish peers, learning together about a shared and complicated past, the better they can envision a brighter path forward.

The more the Polish government celebrates and partners with such programs, the more Poland will be seen as a beacon and facilitator of remembrance and reconciliation, and a catalyst for cooperation, and the master of its own narrative. This may or may not shift the climate enough for progress on tough challenges like restitution, but at least we’ll have built a collective identity in parallel to the more contentious politics – and possibly a pressure valve for resolving crises before they explode or for picking up the pieces afterward.

As much as we seek justice, we can also build toward a better future where invoking justice doesn’t have to be our first resort, and where politicians and activists aren’t rewarded for visceral outbursts. Finally seeing and coming to terms with each other would be transformative for Jews and non-Jews – in Poland, in the United States, and ideally in Israel. It may not get people as excited, but it will make it easier to honor the Jewish past and secure the destiny for all our children.

About the Author
Shai Franklin, a consultant and lobbyist with U.S. and overseas clients, has served as an executive with American and international Jewish organizations and is a Senior Fellow with The Dietrich Bonhoeffer Foundation.
Related Topics
Related Posts
Comments