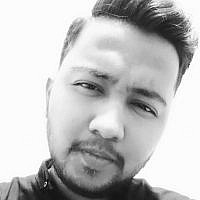 The Blogs
Saad Khan
An award-winning international author.
Apply for a Blog
Please note that the posts on The Blogs are contributed by third parties. The opinions, facts and any media content in them are presented solely by the authors, and neither The Times of Israel nor its partners assume any responsibility for them. Please contact us in case of abuse. In case of abuse,
Report this post. 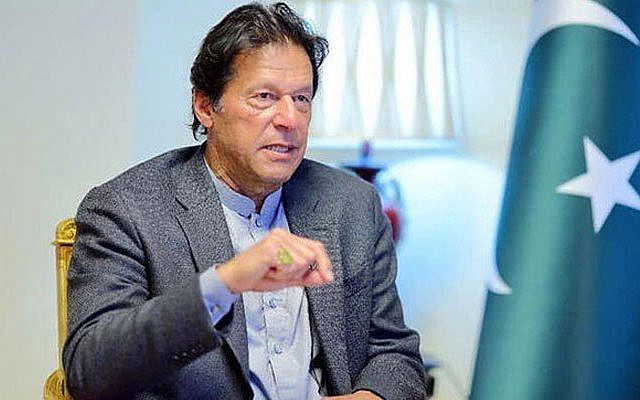 “Pakistan will not recognize Israel; Pakistan cannot recognize Israel” said Pakistani premier Imran Khan during an interview with a local news channel. Previously, during his visit to the united states on the annual session of United Nation’s General Assembly, Prime Minister Khan was asked whether Pakistan will revisit it’s policy towards Israel under his administration? To which the premier replied that on the issue of Israel’s recognition, Pakistan’s policy is driven from its founder Mohammad Ali Jinnah, Quaid-e-Azam, who clarified that as long as there is no just settlement for Palestinians, Pakistan shall not recognize Israel.

The deadlock between the two countries, since their inception has, over the years, evolved to become much more complexed and dangerous. Pakistan’s dilemma, today, in recognizing Israel can be contrasted with a web that is so deeply knitted that one cannot find a entry point let alone and exit from this decade long issue. Understanding Pakistan’s viewpoint would require deep understanding of the south Asian culture, the political tug of war that exist within the region and the religious segment relating to this issue which is the most dominating of them all.

Pakistan and Israel are the only two nations whose independence stood on religious fundamentalism. The only Islamic and the only Jewish country are polar opposites and thus there is an ever-existing repulsive force between the two that doesn’t allow room for diplomatic relations to begin between the two. Pakistan, having an astounding Muslim majority, believes that the imposition of Israeli Jews on Palestine is carefully orchestrated plot to regain the possession of Jerusalem which has tremendous religious significance for both the Jews and the Muslims. Muslims, not just in Pakistan, but around the world hold Jerusalem as a sacred religious entity while Jews hail the Palestinian capital as Jewish ancestral home. This narrative is further backed by religious elite within Pakistan who hail Jewish occupation of Palestine as ‘the greatest mischief of the twentieth century’.

Religious elite in Pakistan enjoys unprecedented domination and power. Many analysts confuse the reason for this domination with foreign monetary aid or political support. However, I believe that the religious elite within Pakistan is respected and trusted by the people and that is exactly where they drive their unchallenged regime. Some religious groups, banned by the country for inciting violence, have been rejected by the public but many still operate with full force in the country and enjoys political support as well. This strong religious force within Pakistan is also one of the driving factors why Pakistan’s recognition of Israel would be a long shot. The long brutal history of war between the Muslims and Jews have not been forgotten, at least not in Pakistan and thus Pakistan’s political mainstream has to land its complete support to the Palestinian cause in order to avoid backlash from the public and from the religious groups.

It is also paramount for the Israeli leadership to understand that the present scenario in which Pakistan is embroiled in will bring serious repercussions if recognizing Israel as a state is even considered. Foremost among the calamities that will befall on the country would be mass unrest, civil disobedience, and violent protests. Moreover, if international standing is taken into account, recognizing Israel would meaning becoming party to the atrocities that are presently befalling upon the Palestinians. This would cause Pakistan’s stance on Kashmir to become irrelevant and hypocritic. Pakistan will also lose the moral high ground from which it looks down on it’s neighbor for its tyranny in Kashmir since the situation between Palestine and Israel is astonishingly similar to that of Kashmir and India.

Presently, as the global political dynamics is changing, acceptance for Israel is now becoming a strategy and is no longer a preference of the west. During the trump administration, desperate efforts were being made to ensure Israel’s recognition within the middle east. The UAE and Bahrain were successfully drawn towards recognizing Israel after US promised military and strategic assistance to the latter. Albeit it was suggested by many political watchdogs that Bahrain and UAE only accepted Israel after they received the nod of approval from Saudi Arabia. But the most significant piece in this entire chessboard still remain untamed.

Pakistani Prime Minister Imran Khan confirmed political pressure from friendly countries into accepting Israel, while talking to a local news channel. “There is pressure on Pakistan by a friendly country to accept Israel and began diplomatic relationship with Israel. I won’t name the country because we have very good relations with it”, said the Pakistani premier. However, Imran Khan or any other mainstream politician will never dare to adopt such a step as it will bring his political career and the future of his political party under great jeopardy since sentiments for Palestinian cause is exceedingly strong in the country. 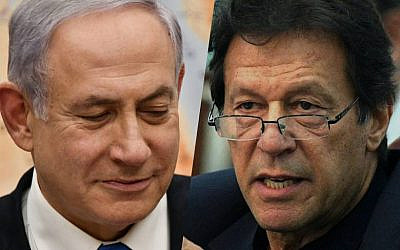 During the reign of General Retd Pervaiz Musharraf, foreign minister Khurshid Kasuri met his Israeli counterpart  Silvan Shalom on August 31st, 2005. This was the first ever high-level contact between the two countries and was hailed by the Israeli delegation as a big success. However, in Pakistan, this move was strongly condemned and rejected as it was seen as a betrayal to the Palestinian cause. Diplomatic talks, due to impeding public pressure were then halted after strong public outcry.

Taking into account, the present political circumstances in the region, it is very likely that Pakistan is going to retain its policy regarding Israel, unless some positive reinforcements are made in the Israel-Palestine conflict. Without certain assurances, Pakistan cannot and shall not recognize Israel.