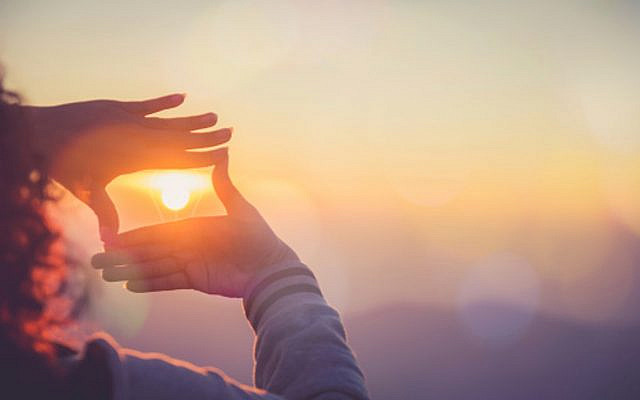 "Whatever situation we are in, by reframing it we can change our entire response." (Image from Pixabay)

Maimonides called his ideal type of human being – the sage – a rofeh nefashot, a “healer of souls”.[1] Today we call such a person a psychotherapist, a word coined relatively recently from the Greek word psyche, meaning “soul”, and therapeia, “healing”. It is astonishing how many of the pioneering soul-healers in modern times have been Jewish.

Almost all the early psychoanalysts were, among them Sigmund Freud, Alfred Adler, Otto Rank and Melanie Klein. So overwhelming was this, that psychoanalysis was known in Nazi Germany as the “Jewish science”. More recent Jewish contributions include Solomon Asch on conformity, Lawrence Kohlberg on developmental psychology and Bruno Bettelheim on child psychology. From Leon Festinger came the concept of cognitive dissonance, from Howard Gardner the idea of multiple intelligences and from Peter Salovey and Daniel Goleman, emotional intelligence. Abraham Maslow gave us new insight into motivation, as did Walter Mischel into self-control via the famous “marshmallow test”. Daniel Kahneman and Amos Tversky gave us prospect theory and behavioural economics. Most recently, Jonathan Haidt and Joshua Green have pioneered empirical study of the moral emotions. The list goes on and on.

To my mind, though, one of the most important Jewish contributions came from three outstanding figures: Viktor Frankl, Aaron T. Beck, and Martin Seligman. Frankl created the method known as Logotherapy, based on the search for meaning. Beck was the joint creator of the most successful form of treatment, Cognitive Behavioural Therapy. Seligman gave us Positive Psychology, that is, psychology not just as a cure for depression but as a means of achieving happiness or flourishing through acquired optimism.

These are very different approaches but they have one thing in common. They are based on the belief – set out much earlier in Chabad Hassidim in R. Schneur Zalman of Liadi’s Tanya – that if we change the way we think, we will change the way we feel. This was, at the outset, a revolutionary proposition in sharp contrast to other theories of the human psyche. There were those who believed that our characters are determined by genetic factors. Others thought our emotional life was governed by early childhood experiences and unconscious drives. Others again, most famously Ivan Pavlov, believed that human behaviour is determined by conditioning. On all of these theories our inner freedom is severely circumscribed. Who we are, and how we feel, are largely dictated by factors other than the conscious mind.

It was Viktor Frankl who showed there is another way – and he did so under some of the worst conditions ever endured by human beings: in Auschwitz. As a prisoner there Frankl discovered that the Nazis took away almost everything that made people human: their possessions, their clothes, their hair, their very names. Before being sent to Auschwitz, Frankl had been a therapist specialising in curing people who had suicidal tendencies. In the camp, he devoted himself as far as he could to giving his fellow prisoners the will to live, knowing that if they lost it, they would soon die.

There he made the fundamental discovery for which he later became famous:

We who lived in concentration camps can remember the men who walked through the huts comforting others, giving away their last piece of bread. They may have been few in number, but they offer sufficient proof that everything can be taken from a man but one thing: the last of the human freedoms – to choose one’s attitude in any given set of circumstances, to choose one’s own way.[2]

What made the difference, what gave people the will to live, was the belief that there was a task for them to perform, a mission for them to accomplish, that they had not yet completed and that was waiting for them to do in the future. Frankl discovered that “it did not really matter what we expected from life, but rather what life expected from us.”[3] There were people in the camp who had so lost hope that they had nothing more to expect from life. Frankl was able to get them to see that “life was still expecting something from them.” One, for example, had a child still alive, in a foreign country, who was waiting for him. Another came to see that he had books to produce that no one else could write. Through this sense of a future calling to them, Frankl was able to help them to discover their purpose in life, even in the valley of the shadow of death.

The mental shift this involved came to be known, especially in Cognitive Behavioural Therapy, as reframing. Just as a painting can look different when placed in a different frame, so can a life. The facts don’t change, but the way we perceive them does. Frankl writes that he was able to survive Auschwitz by daily seeing himself as if he were in a university, giving a lecture on the psychology of the concentration camp. Everything that was happening to him was transformed, by this one act of the mind, into a series of illustrations of the points he was making in the lecture.

“By this method, I succeeded somehow in rising above the situation, above the sufferings of the moment, and I observed them as if they were already of the past.”[4]

Reframing tells us that though we cannot always change the circumstances in which we find ourselves, we can change the way we see them, and this itself changes the way we feel.

Yet this modern discovery is really a re-discovery, because the first great re-framer in history was Joseph, as described in this week’s and next’s parshiyot. Recall the facts. He had been sold into slavery by his brothers. He had lost his freedom for thirteen years, and been separated from his family for twenty-two years. It would be understandable if he felt toward his brothers resentment and a desire for revenge. Yet he rose above such feelings, and did so precisely by shifting his experiences into a different frame. Here is what he says to his brothers when he first discloses his identity to them:

And this is what he says years later, after their father Jacob has died and the brothers fear that he may now take revenge:

“Do not be afraid! Am I in the place of God? Though you intended to do harm to me, God intended it for good, in order to preserve a numerous people, as He is doing today. So have no fear; I myself will provide for you and your little ones. (Gen. 50:19-21)

Joseph had reframed his entire past. He no longer saw himself as a man wronged by his brothers. He had come to see himself as a man charged with a life-saving mission by God. Everything that had happened to him was necessary so that he could achieve his purpose in life: to save an entire region from starvation during a famine, and to provide a safe haven for his family.

This single act of reframing allowed Joseph to live without a burning sense of anger and injustice. It enabled him to forgive his brothers and be reconciled with them. It transformed the negative energies of feelings about the past into focused attention to the future. Joseph, without knowing it, had become the precursor of one of the great movements in psychotherapy in the modern world. He showed the power of reframing. We cannot change the past. But by changing the way we think about the past, we can change the future.

Whatever situation we are in, by reframing it we can change our entire response, giving us the strength to survive, the courage to persist, and the resilience to emerge, on the far side of darkness, into the light of a new and better day.

These questions come from this week’s new Family Edition to Rabbi Sacks’ Covenant & Conversation. For additional interactive, multi-generational study, check out the full edition at https://www.rabbisacks.org/covenant-conversation-family-edition/vayigash/reframing/