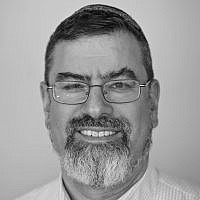 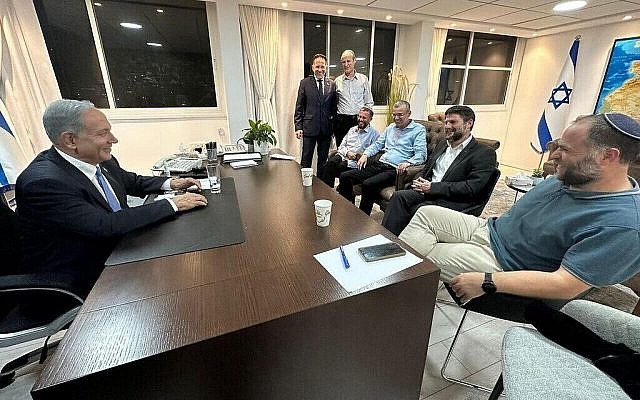 Lots of people on Israel’s Left have been treating what happened on November 1 as if it were not an election, but a coup d’etat:

I don’t think any of this is particularly a matter of concern. The Israeli Left throws a tantrum whenever the Right wins an election. This is just about how it reacted when Menachem Begin won the election of 1977 and Binyamin Netanyahu beat Shimon Peres in 1996.  There’s just one question that nags at me:

What – uh – happened to pluralism? Tolerance for cultures and communities that are different from one’s own? Because, at bottom, Israeli elections are about different cultures competing at the polls. Each cultural community has profound misgivings about the other’s cultural assumptions, and what makes the conflict so sharp is that, at bottom, culture is really about ethics. That’s why it’s so easy to react to other people’s opinions with horror and outrage.

But cultural differences in this country are not going away. Haredim and National Religious people are not about to consider LGBTQ or Palestinian identity anything to celebrate. Some might, most won’t. Neither will many supposedly secular or traditional people, who, it turns out, think traditional families and Jewish nationalism important. How are we all to get along?

The first step is to adopt a view of pluralism that requires heavy lifting: not to anathematize people even though one knows their ethical assumptions are incompatible with one’s own.

The second is to acknowledge an individual’s right, his community’s right, to live their lives according to their ethics. There are limits on these principles, of course. One cannot tolerate a culture that sanctions infanticide, or that holds that violence is the way to get what one wants because the powers that be — representatives of another culture — understand no other language. But it means respecting a homosexual’s right to be homosexual, the community of homosexuals’ right to act communally. And the right of Haredi students in higher education to study in separate classes and institutions. Note that in Israel today, the first is a no-brainer, but the second is severely limited by the Higher Education Council and the courts.

The third step is hardest: deciding where to set the border between the private (individual and communal) and the public realm in which the state both has the right and bears the responsibility to decide. (There’ll be a lot about the distinction between private and public in this blog). In a democracy, that right and responsibility belongs to the majority.

Where to draw this border is seldom obvious. It will be determined, partly, by the distribution of power within the political system, where for the first time in a long time, Israel is headed for a government based exclusively upon the political Right.

Now, it is possible that we are headed for an absurd seesaw: for the next four years, pride parades will be forbidden and separate university classes legitimate, and after four years, the situation will be reversed. Something like that is actually happening with other issues touching on Haredi society. The only certain outcome in that case is that everyone will be rubbed raw and the legitimacy of Israel’s democracy in its own citizens’ eyes will decline. If we don’t want to go there, the first thing we need to do is embrace genuine pluralism:  concede legitimacy to the other side’s cultural and ethical views and acknowledge that they must be accommodated in public policy.

It used to be that political differences were settled in this country by accommodation — even 70 years ago, when Ben Gurion’s Mapai was dominant and the Haredim were a marginal minority. In recent years, however, Israel’s cultural communities have preferred to boycott each other. During the outgoing government’s tenure the opposition refused to vote for anything the government proposed, even when the vote was about a law the opposition, by its own principles, should have supported. The boycotts did not start there, however, but in the Left’s decision never more to join a government headed by Binyamin Netanyahu. These boycotts represent the unfortunate triumph of virtue-signaling over practical governance.

The electoral weight of Israel’s Right is growing, and that political fact is not going away. The country needs to come to a new accommodation of competing groups’ political power. Perhaps the most central grievance of Israel’s Right is the way political power in this country has been distributed hitherto, and used to ensure the automatic cultural and political dominance of progressive values in the public sphere — as well as a good part of the private sphere. One change that must be made is to dismantle this inbuilt bias and the institutional structure through which it is enforced. This will be a hard, hard thing for the Israeli Left to concede. Only once the necessity for the change is conceded, however, can we come to a rational discussion of our differing communities’ needs and desires.

I opened this blog by citing outrageous statements by the Left and I’m well aware that it’s possible to put together an equally outrageous list of statements by the Right. It doesn’t have to be this way. The Israeli Right has legitimate grievances about the current structure of political power in this country, including judicial power. The Israeli Left has legitimate concerns that some of the supposed cures proposed by the Right will endanger that sacred realm of individual and communal rights to which it is entitled. It shouldn’t be overwhelmingly difficult to discuss the issues at stake rationally and come to an accommodation. Doing so will require a dose of genuine pluralism.