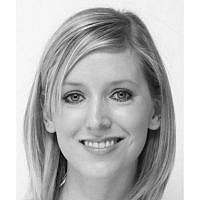 The Blogs
Alana Baranov
Apply for a Blog
Advertisement
Please note that the posts on The Blogs are contributed by third parties. The opinions, facts and any media content in them are presented solely by the authors, and neither The Times of Israel nor its partners assume any responsibility for them. Please contact us in case of abuse. In case of abuse,
Report this post.

“You are only as great as the cause that you serve, and as young as your dreams”.    Shimon Peres

Visionary. Founding Father. Peacemaker. Shimon Peres was many things, and this week the State of Israel and the world mourn the loss of a great statesman who passed away in the early hours of Wednesday morning after suffering a major stroke two weeks ago.

Peres was a constant presence in Israeli public life from before the founding of the Jewish state in 1948 until today.  Born in Poland in 1923, Mr Peres moved with his family to Tel Aviv in the 1930s. He joined the Labour Zionist movement and the Haganah, the predecessor of the Israeli Defence Forces. A towering figure on the Israeli centre-Left, Peres was first elected to the Israeli parliament, the Knesset, in 1959 and would serve as a member of parliament until 2007. Over a seven-decade career Peres held the office of prime minister for three terms before being elected to the role of president from 2007 until 2014.

Peres is perhaps best known for his work as Israel’s foreign minister, when he was involved in the conclusion of peace agreements with Egypt and Jordan and was one of the architects of the 1993 Oslo Accords that launched the Israeli-Palestinian peace process. Peres was awarded the Nobel Peace Prize in 1994 for his work on the peace deal, together with Israeli Prime Minister Yitzhak Rabin and the Palestinian leader Yasser Arafat.

Although the hope of the Oslo Accords gave way to the violence of Rabin’s assassination and the Second Intifada, Peres remained an optimist. Even in his final years he continued to believe that peace would be achieved in his lifetime. Peres combined selfless service to his own country and people with striving for peaceful co-existence between Israel and its neighbours. “There is no other solution,” he said, “Peace for Israel is not just a strategic choice. It is a moral call which stems from the depth of our heritage.”

The news of Peres passing has brought with it an outpouring of tributes from leaders across the globe. “There are few people who we share this world with who change the course of human history, not just through their role in human events, but because they expand our moral imagination and force us to expect more of ourselves. My friend Shimon was one of those people,” said President Obama. The South African government also paid tribute to Peres, mourning the passing of an “architect of peace” and remembering his “unwavering commitment to the two-state solution with Palestine”. Even the President of the Palestinian Authority, Mahmoud Abbas, issued a short and powerful statement on Peres calling him a, “partner in creating the peace of the brave”.

A politician who started his career as a Hawk and transformed into a Dove, Peres was rich in contradictions. More of a philosopher than a politician, a romantic in an age of cynicism, he was a founder of the country’s defense establishment but also a pioneer of Israel’s search for peace; an early supporter of the Israeli settlement movement and later one of its critics. Peres held almost every official office in government but contested five elections without winning a single outright victory. As he himself said, “I’ve been controversial for most of my life. Suddenly, I’ve become popular. I don’t know when I was wrong, then or now”.

In one of his last overseas trips, Peres visited South Africa in February 2016 as a guest of the South African Jewish community. Whilst here he reiterated his belief that no conflict, no matter how intractable it appears, is incapable of being resolved by peaceful negotiations. He also invoked the inspirational example set by his fellow Nobel laureate and friend, Nelson Mandela.

I had the great privilege of meeting Peres at an audience in his Residence a few years ago and was deeply moved by his dignity and youthful energy. His legacy to the world will be the gift of hope and unflinching optimism no matter the challenges ahead. A first-hand witness to his country’s history, Peres may have been the last of Israel’s founding generation but he was always looking towards the future. “The Palestinians are our closest neighbors,” he often said, “I am sure they can become our closest friends.” May this dream become a reality and may his quest for a better tomorrow inspire us all to strive for a more peaceful world.

An edited, shorter version of this article originally appeared in the Sunday Tribune newspaper on October 2nd 2016.

About the Author
Originally from Zimbabwe, Alana is a poet, activist, freelance writer and researcher currently based in Durban, South Africa. Formerly the first Diplomatic Liaison for the SA Jewish Board of Deputies, she is involved in various national and international Jewish organizations both professionally and in elected positions. Alana has a Master’s degree in Transitional Justice and works extensively in refugee rights; the interfaith sector; hate crime advocacy and social justice.
Related Topics
Related Posts
Comments