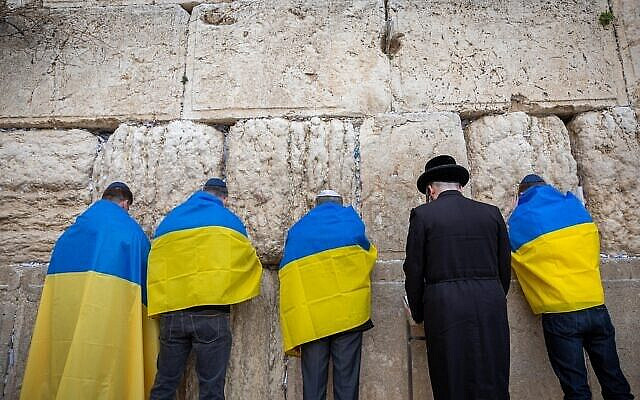 Volodimir Zelensky is no longer just the president of Ukraine and Vladimir Putin’s main rival in the conflict that puts the two neighbouring nations in a situation of real conflict rather than tension. Zelensky is now Ukraine’s national hero and has become in the last week a symbol of resistance to Putin’s tyranny, which is now clearer than ever.

In Russia there is no democracy, there is an authoritarian power that has been in power for more than two decades and not only that, it has dared to destabilise the regional situation in its European zone and with a view to expanding as far as Spain and Portugal itself. Although Russia is actually a more Asian country, and as King Charles XII of Sweden, remembered as “the Alexander the Great of the North” for his victories in battle, in fact, against the Russians, said. “I am going to drive the Muscovites back to Asia where they came from”, a phrase that this man engraved in history before he and his Empire perished before the imperial Russia of Peter I or “the Great”.

Now, in the face of the impending war, which has already begun, and unfortunately, we know that it began, when it began and we can presume why it happened, what we do not know is when and how it will end.

Putin annexed Crimea rather reluctantly and without much resistance from NATO and the United States. Putin put down the Chechen revolution by eliminating those who rose up, similarly in South Ossetia. In Russia itself he is blamed for ordering the catastrophe known as the hostage crisis in Moscow’s Dubrovka theatre that claimed 170 lives. It is also not hidden how over time individuals who dare to directly or even indirectly confront Putin simultaneously disappear in bizarre situations, in principle assassinations or poisonings.

Alexander Litvinenko is a clear example of what happens when one stands up to Tsar Putin, the heir apparent to Peter I and incidentally to Stalin. Indeed, the European Court of Human Rights (ECHR) held Russia (Putin) responsible for the murder of ex-spy and opposition figure Alexander Litvinenko, poisoned in 2006 in the UK.

So did Alexei Navalni, a famous Putin opponent who was poisoned with a toxic substance linked to the Kremlin. Navalni was luckier than Litvinenko and the poison he took in Siberia was not enough to kill him, considering that he managed to reach Germany, where his life was saved.

Ukraine and its bravery in confronting a sinister power-mad character like Putin is sure to go down in history, history in the making. However, the Ukrainian defence against the Russian war machine is destined for heavy casualties. US and EU support, like that of NATO, is crucial for Ukrainian survival. Likewise, China is the most dangerous potential ally of a blockaded Russia, but one with vast gold reserves and a very considerable military arsenal.

As French writer and philosopher Bernard Henry Levy predicts, if there is no strong Western response against Russia: “We will live in another world, dominated by the Chinese, dominated by the Russians”. Even if, for the thinker Noah Yuval Harari, “Putin is heading for a historic defeat”.

Both scenarios can happen, even interconnecting with each other. But the bottom line is that two world wars were apparently not enough.