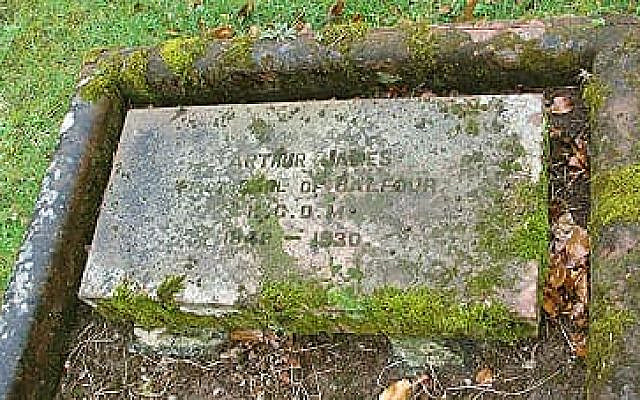 The Balfour Declaration is considered to be one of the formative documents in the history of Zionism and in the half century leading up to the establishment of the State of Israel in 1948. From the moment that Balfour’s famous letter on behalf of the British Government, to Lord Rothschild was issued in 1917 supporting the right of the Jewish people to a homeland in Palestine (as it was called by everyone at that time – Jews, Arabs and British) it was used by all pre-State Zionist leaders as a legal declaration of intent. 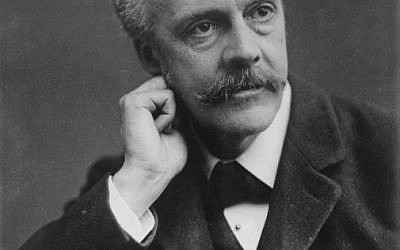 In recent years, and despite seventy years of independence and many more important events and documents in the interim – not least the United Nations support of Partition in 1947 – the Balfour declaration has been brought out again and again, even by the sovereign Israeli Government who, it would appear still require letters from the past to justify their case for independence.

This reached a peak just three years ago, especially in Britain and Israel, when a multitude of events were held to commemorate one hundred years since the letter was issued. Conferences, expensive dinners, even meetings of senior politicians of the two countries, were held in what became a Balfour Festival – as though Israel would not have existed or ever have been established were it not for the short three sentence letter issued by Foreign Secretary Balfour at the time. 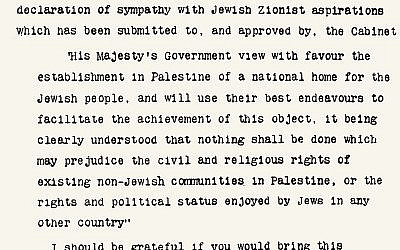 IBCA (Israel British Commonwealth Association), hosts an annual Balfour Dinner in November in Tel Aviv, where it brings over a senior British politician or public figure to speak about contemporary topics of relevance to Israel or World Jewry.

Historians can, and will continue to argue, about the significance of the Balfour letter. It was issued by a government who had not yet  finally received the Mandate from the League of Nations to govern the Palestine territory of the defeated Ottoman Empire. The Sykes-Picot Agreement carving up the Middle East (as it was just beginning to be known as the area located between the Near East and the Far East) into British and French areas of governance had taken place eighteen months previously, while the San Remo Agreement, defining more specific borders – many of which remain in situ until today – was still over two years away (April 1920).  But the Zionist leadership of the time, notably Haim Weizmann – later to become Israel’s first President – who lived and worked in the United Kingdom, pushed hard for the letter to be issued, and ensured that it would always be brought up as a declaration of intent – a promise to be kept by the British Government during the next three decades.

The fact that subsequently the British, more than almost any other western government, did their utmost to prevent the establishment of the State in later years did nothing to change the attitude towards the Balfour Declaration. The MacDonald White Paper of 1939 limiting Jewish  immigration from Europe to pre-State Palestine, and thus ensuring (even though it was not the intent) that hundreds of thousands of Jews who could have been saved from the Holocaust had nowhere to flee and were murdered by the Nazi regime, or the persistent refusal by British Foreign Minister Ernest Bevin in the immediate post World War II years to allow further immigration even of destitute refugees and survivors, along with the decision by the United Kingdom to abstain in the vote for partition which took place at the United Nations in November 1947, signalled clear changes in British foreign policy to those which were expressed thirty years previously by Balfour.

It took many years after the establishment of the State for Israel-British relations to become cordial to the extent that, even with some criticism here and there of Israeli government policy vis a vis the Palestinian issue and the future status of the West Bank, Britain is, without doubt, one of Israel’s strongest allies and friends. While the Foreign Ministry has always maintained a high level of antipathy towards the State, largely due to their desire not to damage Britain’s interests in the wider Arab and Gulf regions,  countless British Prime Ministers from Churchill through to Harold Wilson, Margaret Thatcher, John Major, Tony Blair, Gordon Brown,  Teresa May and Boris Johnson, have maintained strong, warm, even personal, relationships with the State and its leaders.

This would no doubt have taken a change for the worse had Jeremy Corbyn been elected as British Prime Minister in last years elections.

Whether or not Britain’s – and for that matter other countries – policies towards the region will udergo change in the wake of the recent Peace Accords between Israel and the Gulf states, remains to be seen. It is a long way from the days of Balfour, the romanticized Lawrence of Arabia and the establishment of Trans-Jordan in 1921. Perhaps it is time for Britain to undergo a radical reassessment of where the region is today, rather than remain rooted in where it was one hundred years ago.

It was  therefore a major shock to see, on a facebook post in the past few days, a picture of the delapidated state of the gravestone of Lord Balfour in the Whittingeham Churchyard in Scotland, where he is buried. The headstone has suffered the ravages of almost a century of the climate, parts of it are overgrown with moss and it is almost impossible to read what is written. And it has taken a private individual to attempt to raise the necessary funds to have it restored, rather than either of the two governments, the Jewish Agency or other pro-Israel and Zionist organizations to step in and to immediately fund the necessary work – which by all accounts amounts to no more than 20,000 dollars (even that is a high estimate). This is probably no more than would have been budgeted for this years annual Balfour Dinner  – by IBCA here in Israel or by the British Zionist Federation in the UK , had the dinners not have been cancelled due to the impact of Corona.

It is obvious that throughout the hundred year celebrations which took place so recently, no event ever took place at the graveside of this great man. Perhaps if he had been buried in London or in the south of Britain, there may have been such an event – but to travel  to a remote village location in far away Scotland was obviously too much of a hassle for those who arranged the dinners, the university symposia and the meetings of heads of State.

Indeed it reminds this writer of the discontent often expressed by dignitaries here in Israel having to travel, once a year, to the gravesite of David Ben-Gurion on the annual Ben Gurion Day (also in November) way down south in Sdeh Boker in the Negev. But at least the Israeli government take care to carefully tend the gravesite and the museum in honor of its State founder and first, legendary, Prime Minister.

The news that the Whittingeham Church has now been sold nd its immediate future is unclear,  makes it even the more urgent to ensure that the Balfour gravestone is restored and treated with the respect it deserves – the sooner the better.

It doesn’t require discussions or arguments between the many organizations – both in Israel or the UK – as to who should be responsible. Any one of them could raise the necessary funds within minutes, even the single donation of a generous philanthropist for whom this is no more than pocket money.  For the Israeli government it is no more than a single monthly salary on yet another political advisor for yet another Ministry in what has become one of the largest and most wasteful governments in the Western World (over thirty ministries in a Knesset of 120 members).

And if there is a surplus of funds it  should not be beyond a museum or university in Israel, in cooperation with the British Embassy or the British Council (or what remains of the British Council) to establish a permanent exhibition focusing on the role of Britain in the establishment of the State of Israel, the good and the bad, and its ongoing relations with Israel through the past seventy years. Such an exhibition could even be renamed as the Balfour gallery.

Israel’s ambassadress to London, Tzippy Hotoveli, should intervene and arrange for this to happen as soon as possible. And it would not be beyond the imaginable that she, as Israel’s formal representative to the UK, should, at an appropriate time, pay a visit to the gravesite of the man who, as most Zionist historians will argue, issued one of the most formative documents leading up to the establishment of the State of Israel some thirty years later.