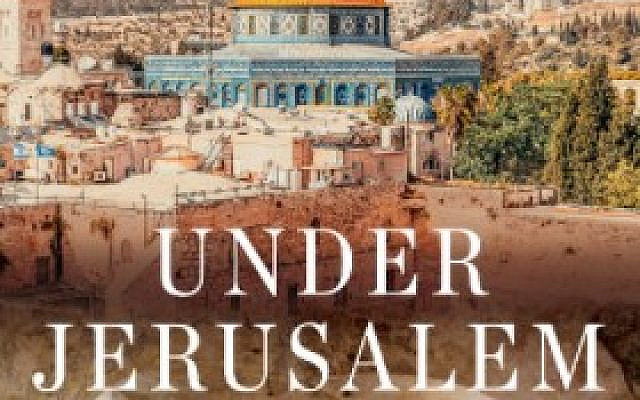 “I can confirm to you that we know the exact location of the Ark of the Covenant.” These words are attributed to Rabbi M. Y. Getz, rabbi of the Western Wall for 27 years. Before his death in 1995, rumors circulated suggesting that the rabbi had explored tunnels underneath the Dome of the Rock.

Getz was hardly the first person in modern times seeking to locate the Ark and other holy relics from the First and Second Temples. Archaeologists, as well as religious leaders, had been excavating ruins and cisterns, and under mosques and churches ever since the mid-1800s, as colorfully described in Under Jerusalem: The Buried History of the World’s Most Contested City by Andrew Lawler (Doubleday, November 2021). Some of these explorers were self-taught, employed unconventional techniques, and made unsubstantiated claims that shocked and excited historians and religious fundamentalists alike.

As this engrossing book reports, archaeologists sought to prove Biblical legends, and to locate the treasures of Jerusalem’s glorious past. Yet the most heroic of these efforts met with no success. “There is no contemporary map and no single stone that archaeologists can say with certainty was part of Herod’s rebuilt temple, or even an object that can be said was housed within its wall,” the author states.

The book makes clear that the lack of hard evidence was hardly a reason to stop efforts to reveal what lay hidden under layers of Jerusalem ruins and debris. 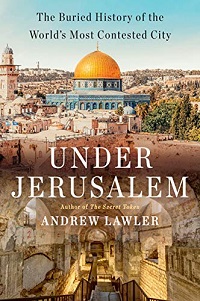 Under Jerusalem, an exhaustively researched work of non-fiction, describes the surveys and digs of Charles Wilson, Charles Warren, Conrad Schick, Ronny Reich, Eli Shukron, Eilat Mazar, and others. Revealed on its pages are accounts of controversial tunnel archaeology; the violent response to the opening of the Western Wall Tunnels; the intrusion of City of David developments into Palestinian neighborhoods; the contested significance of illegally removed rubble from the Tunnel Mount; and the constant interference of geopolitics.

This book may be non-fiction, but it reads like a fast-moving and suspenseful Indiana Jones thriller. In fact, the book makes several references to the swashbuckling, fedora-wearing protagonist of Steven Spielberg’s popular films.

Lost treasures that have long attracted dedicated archaeologists will fascinate readers as well.  Under Jerusalem offers them a captivating exploration of a Jerusalem’s buried history.

Andrew Lawler is author of The Secret Token: Myth, Obsession, and the Search for the Lost Colony of Roanoke, and Why Did the Chicken Cross the World?: The Epic Saga of the Bird that Powers Civilization. His work has appeared in The New York Times, The Washington Post, National Geographic, and Smithsonian. He is a contributing writer for Science, and a contributing editor for Archaeology.