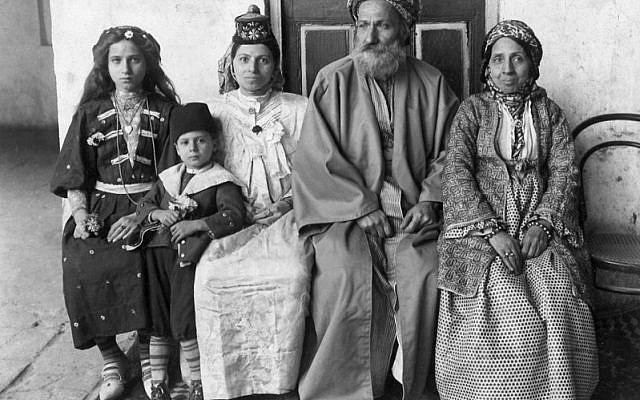 Every November since 2014, my organisation, Harif – the UK Association for Jews from the Middle East and North Africa – has been observing a special day to remember the exodus of almost a million Jews from Arab countries and Iran. Our official commemoration this year is on 21 November with the JW3 premiere  of The Wolf of Baghdad, an audio-visual memoir with live music telling one Iraqi-Jewish family’s story.

From the 1940s on, Iraq was a deadly place for Jews, the only country to execute Jews as “Zionist” spies. The 2,600-year-old Jewish community, which wrote the Babylonian Talmud, endured vicious persecution. Most were airlifted to Israel.

Jews who fled Arab countries do not consider themselves refugees. They rebuilt their lives and were granted full civil rights in Israel and the West.

Yet our TV screens are alive with stories of Palestinian “refugees” who still claim a “right of return” to what is now Israel. This demand, although non-existent in international law, is not simply a matter of rhetoric.

The United Nations Relief and Works Agency, UNRWA,  keeps the refugee issue alive by confining Palestinians to camps. It funds schools and welfare. Donald Trump raised a storm when he recently cut off the agency’s funding.

Even the Israel security establishment objected, fearing that dismantling UNRWA would endanger Israel. But education and healthcare could be turned over to the Palestinian Authority, the Jordanian government, or UNHCR, the agency which deals with all refugees globally.

Recent research notes the US discharged its obligations to Palestinian refugees in the early 1950s. In addition to the Marshall Plan to rehabilitate Europe after the Second World War, the US gave money to Arab states and Israel to solve the refugee problem created by the 1948 War of Independence.

The American aid was to have been split evenly between Israel and the Arab states, with each side receiving $50million to build infrastructure to absorb refugees.

The money to resettle the Arab refugees was handed over to the UN,  and the Americans gave Arab countries another $53million for “technical cooperation”. In effect, the Arab side received double the money given to Israel even though Israel took in more refugees, including Jews from Arab lands.

But none of this aid went into resettling. Instead, UNRWA gives successive generations permanent refugee status, even those with other nationalities. The original 700,000 (no more than 30,000 are still alive)  have burgeoned into five million. The great “March of Return” on Israel’s 1967 border with Gaza shows the marchers’ objective is not a two-state solution but to overrun the Jewish state with “returning” Arabs.

As long as the “right of return” is the cornerstone of the Palestinians’ strategy, the Jewish refugees from Arab lands remain its antidote. All but 4,500 Jews have been forced out by state-sanctioned terror, abandoning billions of dollars’ worth of land and property, equivalent to four times the size of Israel.

A grave, unresolved injustice was done to the Jews. But they are a living reminder that two sets of refugees exchanged places in the Middle East in roughly equal numbers.

Recognising this can help achieve an equitable solution and be a step to peace.

υHarif founder Lyn Julius is the author of Uprooted: How 3,000 Years of Jewish Civilisation in the Arab World Vanished Overnight (Vallentine Mitchell).

Details of Harif events at www.harif.org