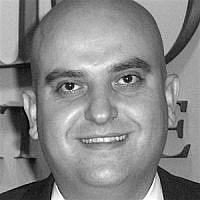 The Blogs
Fadi A. Haddadin
Apply for a Blog
Please note that the posts on The Blogs are contributed by third parties. The opinions, facts and any media content in them are presented solely by the authors, and neither The Times of Israel nor its partners assume any responsibility for them. Please contact us in case of abuse. In case of abuse,
Report this post. 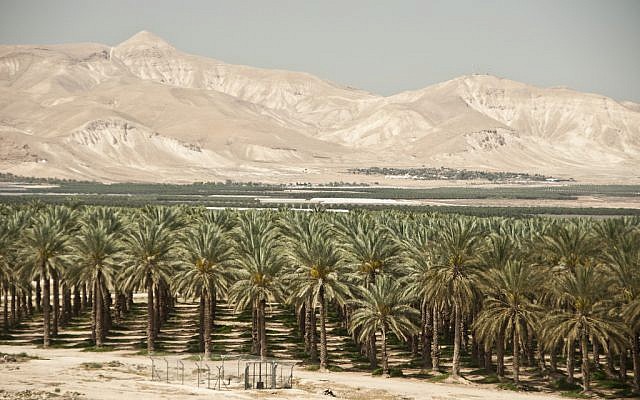 I have learned that an idea of constructing an airport in Jordan’s Shouneh area has been discussed between Jordanian officials and the President of the World Jewish Congress, Ambassador Ronald S. Lauder who visited Amman (neither as an Israeli official nor as a political envoy) more than a month ago.

Amb. Lauder, a US Republican, businessman, and political activist, was named by Ronald Reagan the US Ambassador to Austria in 1986. In 1998, he was asked by Prime Minister Benjamin Netanyahu to begin Track II negotiations with Syrian leader Hafez al-Asad.

Amb. Lauder manages investments in infrastructure, real estate, and the media (among which was his stake in Channel 10). In 2010, he founded RWL Water, which provides water treatment, wastewater and trash, to energy solutions.

As a side note, a new Israeli airport (Ramon Airport) is due to open next April 2017. The airport is near Israel’s border with Jordan (about 10km from Jordan’s King Hussein International Airport). It has not been popular among some Jordanian members of the parliament (many of whom are of Palestinian origins). Citing worry that Ramon’s proximity could create disruptions to its air corridors, Jordan complained to the UN International Civil Aviation Organization last year, which later said “Israel and Jordan were addressing the matter directly as one would expect from two countries with a peace treaty and a wide scope of cooperation in many fields.” The Israeli Transport Minister Yisrael Katz played down the issue back then, saying that there will be coordination of air traffic.

It seems that Jordanian officials did not want to stand in the way of Israeli projects anyway especially that King Hussein International Airport itself underwent expansions after the 1994 peace treaty to meet the rising demand of air traffic in the Aqaba Special Economic Zone. As such, Israel was logically free to open its own airport on its side of the border.

At any rate, a proposed airport in Jordan’s Shouneh area can act as a project in conjunction with the peace treaty, serving both countries (and possibly the Palestinian Authority). In addition, it can play a pivotal role in supporting Jordanian Valley products.

The Government of Jordan, through its Ministry of Transport, can express its interest in obtaining technical and financial support for the proposed project which can be tendered under a Public Private Partnership. Further to the request, a pre-feasibility study can be done to assess the options of an agricultural forward market (i.e. in addition to the civilian airport) to add an extra layer of hedging and financial sophistication for the benefit of Jordanian producers (A forward contract is a customized contract between two parties to buy or sell an asset [let’s say Jordanian tomatoes] at a specified price on a future date. As such, it can be used for hedging or speculation purposes by the part of Jordanian producers).

I guess that the construction of the Shouneh Airport would involve an estimated cost of not less than US$200 million, encompassing the construction of a runway, as well as hangars for cargo, and a passenger terminal. It can serve as a hub connecting agricultural products from the areas of the Jordan Valley to world markets in addition to passengers as well. If both governments of Jordan and Israel endorse such a promising project, I think that the airport can be completed in 5 years or so.

In order to deliver the whole assignment, we should assess the merits and business case for grouping several tasks underlying the project (a civilian airport, a cargo-based airport, and/or serving the forward contracts of agricultural products) as opposed to tendering the airport’s operations on a stand-alone basis. Amb. Lauder, a visionary and a well-known entrepreneur can come up with many ideas for constructing, operating, and financing the project, which can become a regional multi-purpose, strategic airport. He can also recommend whether adding a forward market to Shouneh’s airport, as raised here, would be a good idea.

Though it is totally unrealistic to expect the regional players in the Middle East to voluntarily yield their unresolved issues, countries like Israel, Jordan, and Egypt have nonetheless founded an increasingly influential doctrine; that peaceful co-existence and regional trade (such as that coming from water, transport, and energy initiatives) would ultimately multiply national and regional wealth.

Peace through trade creates a positive-sum game, where all benefit. It becomes more secure by making moderate nations, like Israel and Jordan, interdependent on each other. As regional trade grows, Jordan could specialize in those areas of production (e.g. agriculture) where it has the greatest competitive advantage. A forward contracts mechanism in the agricultural sector is one direct example with tremendous economic returns, especially when augmented by an innovative nation like Israel whose advancements in infrastructure, finance (but not binary options, please!), and agriculture can greatly help its peace partner.

About the Author
Fadi A. Haddadin is a Jordanian economist and policy analyst.
Related Topics
Related Posts
Comments