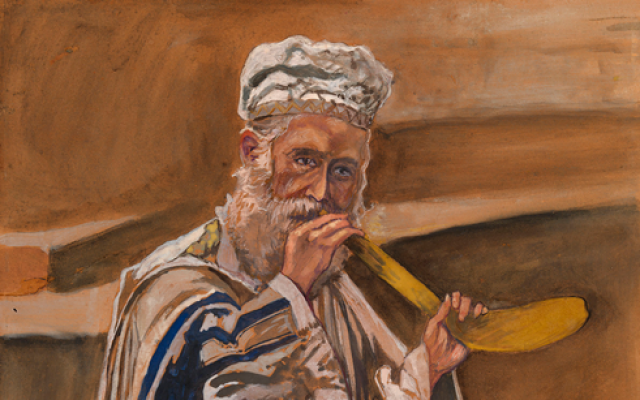 Is there potential evidence of ancient Egyptian influence behind the festival of Rosh Hashanah? I’ve asked Adam R. Hemmings, a researcher based in London and a graduate of the University of Chicago and the School of Oriental and African Studies, to explain how this might be the case.

Rosh Hashanah, celebrated by millions of Jews the world over, has traditionally been interpreted as the beginning of the Jewish civil New Year. This identification, however, does not necessarily hold up to scrutiny when studying the actual text of Leviticus and Numbers, as explained here. Karaite Judaism and Samaritanism also abide by the original text and do not celebrate the day as a beginning of a new year. In fact, Rosh Hashanah itself is only referred to as Zikkaron Teruah (Memorial of Blowing the Trumpets) in Leviticus 23:24 [1] and Yom Teruah (Day of Blowing the Trumpets) in Numbers 29:1. [2] But, what do these words mean and can they give us a better sense of the festival’s origins?

The word teruah, variously translated as alarm, blowing of the trumpets, joy, jubilee, loud noise, rejoicing, and shouting occurs eight times in the Five Books of Moses and an extra 28 times in the following books of the Hebrew Bible. Thus, the idea that the day was one of joy and loud noise seems clear. In turn, teruah is derived from the root rua meaning to blow an alarm, cry alarm, cry aloud, cry out, make a joyful noise, and shout for joy.

Can other languages accentuate the original meaning of teruah? Referring to Egyptian, there is the word rwi, which seems to indicate a dance or to clap one’s hands, and it is used in the Pyramid Texts of Pepi II (2278-after 2247 BCE) and his consort Neith:

“Mourners cry for you, the great Mooring Post (a constellation and epithet for Isis) calls for you. Feet dance for you and arms wave for you. You go forth like a star, as the Morning God” (Pyramid of Neith, PT 676)

“The libation is poured, the dance is danced” (Pyramid of Pepi II, PT 734)

Recently, Dr Gábor Takács of Eötvös Loránd University, Hungary, has also made a connection between Egyptian rwi and cognates in Cushitic and Chadic languages meaning to sing and to dance. [3] Add to this the fact that Egyptian i is sometimes equivalent with Semitic ayin in certain loanwords, and we are left with the distinct possibility that Egyptian rwi and its Cushitic and Chadic relatives are cognate with Hebrew rua, all of which refer to the outpouring of noise.

At the very least, such studies show a sharing of words across cultures and bring into sharp relief the original meaning of rua — that is the making of as much noise as possible, but also perhaps (speculatively) dancing and singing.

[1] Leviticus 23:23–25: The LORD also said to Moses, “Speak to the Israelites and say, ‘On the first day of the seventh month you are to have a day of rest, a conditioned assembly, a memorial of blowing the trumpets. You must not do any servile work, but you are to present an offering made by fire to the LORD.’”

[2] Numbers 29:1: And in the seventh month, on the first day of the month, you shall have a conditioned assembly: you shall do no manner of servile work; it is the day of blowing the horn for you.