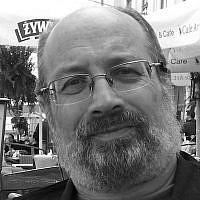 In the mid and long terms, the Jewish state may face new existential threat from Russia

The war in Ukraine has exposed in its entirety the inefficiency of the Russian military machine, extremely bad management and destructive corruption in all echelons of power. What development of the event can be expected in this country, and how will this affect the Jews and Israel?

Russia – exhausted and drained of blood in the war – will probably face two scenarios, as it has happened more than once in the history of this country. The first option is a turmoil (‘smuta’), followed by an even more cruel and despotic regime. The second scenario is a direct transition to even more bloody tyranny. The results will be same.

Russian tsars are forgiven for many things, but not for defeat in a war. Therefore, if events in Ukraine develop as unsuccessfully as they are progressing now, Putin’s days will be numbered, regardless of whether he is left on the throne as a puppet or deposed. Even now, voices can be heard criticizing the current ruler of the Kremlin and demanding tougher and more decisive action.

Against such background, this paradigm will become increasingly realistic. Hence, the first option is “time of troubles” (‘smuta’). This happened three times in Russia. The first time was at the end of the 16th – beginning of the 17th centuries. Smuta began after the fall of the Rurik dynasty, the struggle for power of the boyar aristocracy, poor harvests and exhaustion in the Livonian Wars waged by Ivan the Terrible. The second smuta came at the beginning of the 20th century. The reasons were similar: the fall of the Romanov dynasty, the struggle for power of the ruling elite, economic collapse, and exhaustion in the First World War. The third smuta occurred after the fall of communism in the 90th. At this point, all the same reasons were prevalent as well: defeat in the Cold War, systemic exhaustion, economic and ideological collapse, and the struggle of post-communist elites.

The current situation is remarkably similar. The weakening of Putin, the struggle for his legacy and the bloody grueling war in Ukraine, coupled with Western sanctions, could lead to a long period of anarchy and unrest across the country. Again, fourth smuta will inevitably result in a new kind of an extreme nationalist-leaning dictatorship

This will have two significant consequences for the whole world and for Israel in particular. In a weakened and turmoil-ridden Russia, the smoldering religious radicalism of the Muslims of the Caucasus and the Volga region will unavoidably intensify. Chechnya can become de facto and even de jure an independent “emirate.” Having acquired significant combat experience in Ukraine, Chechen fighters can become the backbone of the army of such “emirate”. It is quite possible that the idea of separation from Russia will become relevant in Muslim Tatarstan and Bashkortostan, where Muslim Brotherhood and Salafis have significant influence. Few people know, but Tatarstan adopted a declaration of state sovereignty on August 30, 1990, and this attempt is unlikely to be the last.

In Crimea – cut off from the weakened Russia and Ukraine, with the active support from Turkey, an attempt may be made to revive the Crimean Khanate. Nature does not tolerate emptiness, and Erdogan and his media do not hide such aspirations. The strengthening of Islamist Turkey and the creation of aggressive “emirates”, like the Chechen one, poses a considerable danger to the Jewish state.

The second point is the loss of control over the giant arsenals of nuclear and non-conventional weapons, which can be used by groups like al-Qaeda, the Islamic State, etc. After the collapse of the USSR, the world faced a similar danger but now it can be much more acute.

As stated before, the “times of troubles” in Russia inevitably ended with the establishment of even more despotic and bloody regimes. Stalin came to power after the coup of 1917, anarchy, and civil war. Putin reigned in the Kremlin after “perestroika” and the chaos of the 1990s.

What could be the new dictatorship in Russia?

Russia is a country traditionally patriarchal, inert, and arrogant towards its minorities and neighboring nations. This “ill with anti-Semitism” country has not reassessed its past. Putin was not an anti-Semite, but this is a unique case. A quick familiarization with the Russian Internet will demonstrate strong, primitive, anti-Jewish prejudices of the masses. The first symptoms of this old disease sounded quite recently, when Alexei Pavlov, Assistant Secretary of the Security Council of Russia, called the Chabad movement a “totalitarian hypersect” seeking to “reformat the minds of Ukrainian citizens.” According to him, “the main life principle of the Lubavitch Hasidim is the superiority of his supporters over all nations and peoples.” It is no coincidence that the former Chief Rabbi of Moscow, Pinchas Goldschmidt, advised Jews to flee Russia while it was possible.

In today’s Russia, with its corruption and blatant social inequality, the yearning for a ‘tsar-father’ – tough, but fair to his people – is stronger than ever. According to all public opinion polls, today Stalin is the most (!) popular figure in Russian society. He is much more popular than Peter the Great, Lenin, Brezhnev and Putin. In various cities, monuments are being erected for another bloody despot of the past – Ivan the Terrible, the living embodiment of perverted tyrannical madness.

Extreme nationalist groups are already active in Russia, calling for “Russia for the Russians”. The authorities treat them doubly: while kept under control, they are not prohibited completely. These groups enjoy considerable popularity among the masses and the ruling elite and are waiting for the moment when the authorities loosen their grip. If new despotism is approved, they will be the ones to carry the banner of the “new Holy Russia”, free from Caucasians, “Jewish bloodsuckers”, Asians and other “destroyers” of Russian statehood. Israel, not to mention Jews, will unsurprisingly be one of the main objects of hatred of the new regime.

Author of “Agony of Hercules or a Farewell to Democracy (Notes of a Stranger)”, Available at Amazon and Barnes & Noble.

About the Author
Born in Moscow in 1960, Alexander has worked professionally as a journalist. He started working in journalism from the beginning of the 80s and published articles in various Moscow editions. In 1988 he immigrated to Israel and worked for Russian-language Israeli press. He has been published in several English Internet editions and websites including Сanada Free Press, Liberty Unyielding and others. He also published the book “Jewish Atlántida” about the mystery of the lost tribes in Russian (by "Phoenix" Publishing house). It was translated to Finnish language. In 2015 he published the book “Agony of Hercules or a Farewell to Democracy (Notes of a Stranger)
Related Topics
Related Posts
Alexander Maistrovoy