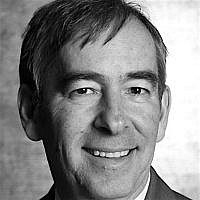 The Blogs
Nathan Kornfeld
Apply for a Blog
Please note that the posts on The Blogs are contributed by third parties. The opinions, facts and any media content in them are presented solely by the authors, and neither The Times of Israel nor its partners assume any responsibility for them. Please contact us in case of abuse. In case of abuse,
Report this post.

The relationship between Russia and Israel is strong and long term in areas like commerce and illicit activity but not in terms of diplomatic or security cooperation.  Russia and Israel have many touch points and each of these is important and currently active.  However, Israel would be extremely foolish to count on Russia for any real cover in the diplomatic world or as an ally in a military confrontation.

The needs of the two countries coincide in arenas such as technology transfer from Israel to Moscow, both licit and illicit, the harboring of wealthy Russians and a portion of their assets in Israel, investment capital, commercial trade in agriculture and the sale of small drones.  Many of these areas of mutual interest would continue even if sanctions against Russia were lifted.  Most important to Israel, however, is security and this is an area that Russia cannot be counted on.  By comparing the relationship between Israel and Russia versus Israel and China, perspective can be gained.

China is Israel’s number three trading partner after the United States and the European Union but provides little besides trade.  However, Russia has a military presence in the Middle East and has over one million Russian speakers in Israel.  Logically, Russia is a necessary partner for Israel to have a good relationship with and given world politics, a warm relationship between Russia and Israel makes sense in the current environment.

However, this is a complicated and fundamentally unstable relationship.  It is functional based on two egotistical leaders, strong ties through illicit behavior and a need for the outcasts to stick together.  While this looks good today, the future interaction of these two countries could become perilous.

Russia sides with Iran diplomatically and sells them arms in order to raise foreign currency.  At the same time, both Russia and Iran are entrenched on the same side in Syria trying to keep Bashar Assad in power.  Israel seemingly supports the goal of keeping Assad in power but cannot abide the decision to give Iran permanent power in Syria or allow the transfer of sophisticated weapons to Hezbollah.  This Russian collaboration with Iran and its client group Hezbollah puts Israel at great security risk. The only help that Russia gives Israel on this front is allowing the bombing by Israel of weapons caches being transferred from Iran to Hezbollah and possibly as an intermediary between Jerusalem and Teheran.

To some extent, the Russian Israeli relationship can be looked at like two outsider nations teaming up in many areas until one of them is welcomed back into the western community of nations.  At that time, the lasting relationship between the countries will be based on trade, money laundering/safe haven, investments and a large Russian speaking population in Israel.  The importance and frequency of senior level Israeli pilgrimages to Moscow could be reduced dramatically if the new US government had a strategy of better supporting allies in the Middle East and in Israel.  Conversely, if Russia solved its diplomatic problems over the annexation of Crimea and sanctions were lifted, Putin’s interest in Israel would be lessened except as a way to establish permanent influence in the Middle East and to provoke the West.

There is no chance that Russia supplants the United States as the main benefactor of the State of Israel, nor does it show a desire to take on that role.  Additionally, Russia is making geopolitical decisions based on its own complicated needs and emotional desires without regard to Israel as any more than one piece of the diplomatic puzzle.

While the above points reflect areas of mutual interest and cooperation, the case for a long term governmental strategic relationship remain uncertain.  It is fair to describe Russian objectives in the Middle East as situational and conditional, serving primarily Russia’s regional interests or its larger world order goals.  For the two countries, each possesses a very strong and controversial leader and has enormous public relations issues in the world.  A joining of Russia and Israel during this time becomes understandable given the conditions existing in both countries.  Ultimately, Israel should consider its relationship with Russia long lived and trustworthy at its peril.