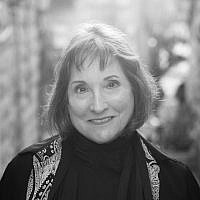 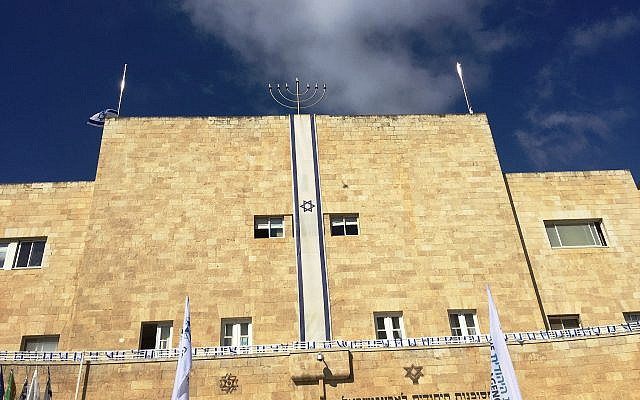 On Sunday, March 6, 2022, there are plans for three flights of Ukrainian Jewish immigrants scheduled to arrive at Israel’s Ben Gurion Airport. Two of the flights are expected to arrive from Poland and Moldova. Another flight from Romania, will have 100 orphans on board, due to the efforts of Chabad.

These are immigrants who made it to the western border of Ukraine, escaping the war with Russia. They are being assisted in border communities by emissaries from Israel and Europe, as well as volunteers.

It’s been a troubled start over the past week, when several Ukrainians were not allowed into the Tel Aviv airport; and others were slapped with a 10,000 shekel fee before being allowed to enter Israel. The efforts for Sunday seem much more organized.

Still, it remains unclear exactly what the current policy is at the Ministry of Interior, in terms of the Law of Return, especially when there is a crisis and there are Jewish refugees being airlifted from a war zone.

On Wednesday, March 2, 2022, Roman Polonsky, Jewish Agency Director for the FSU, Eastern Europe, and Germany, spoke to journalists on a zoom call. Polonsky, was asked by a reporter for feedback about the confusion at the airport that caused a public dispute between Ayelet Shaked, head of Israel’s Ministry of Interior; and Ukrainian Ambassador to Israel, Yevgen Korniychuck.

“I don’t feel good; but I understand that conclusions should be made, and the lessons should be learned. And, I think the lessons were learned,” Polonsky explained. He added that there should be flexibility and openness in this crisis. He also mentioned that he is relieved that the Prime Minister’s office is now open to different solutions for the Ukrainian Jews, and Polonsky hopes it will continue.

Reportedly, some 200,000 people in Ukraine are eligible to immigrate to Israel under the Law of Return. Not all are interested, but while they decide, thousands of Jews are fleeing Ukraine from four major cities: Odessa, Kharkiv, Kyiv and Dnipro.

Since Russia launched a full invasion of Ukraine on Thursday, February 24, 2022, the Jewish Agency has received thousands of inquiries from Ukrainian citizens, mostly about Aliyah (immigration to Israel). Polonsky, and his team of 90 people, has been working day and night to facilitate the processing of papers for these Jews; also finding safe places for them to live, temporarily; and, eventually airlifting them to Israel.

Polonsky, who was born in Ukraine, in a small city near Odessa, talked about the latest developments including the evacuation efforts. He said that what is happening in the center of Europe is “unthinkable.” He recalled all those who are affected by the war – his friends; colleagues; camp participants; children in Sunday schools and Hebrew studies; Jews from Israel’s MASA and Birthright programs.

“All under the bombings from the Russian army, living in rubbled buildings,” he said, “and my heart is bleeding.”

The Jewish Agency has extended operations in Ukraine, and is deployed in major cities, including areas in the peripheral. Polonsky explained, “Right now, all our efforts are only in one direction – to save Jewish lives!”

According to Polonsky, at the beginning of the war, the Jewish Agency — together with the International Fellowship of Christians and Jews — opened a hotline. To-date, they have received more than 7,000 calls, of which 5,000 have been questions about making Aliyah to Israel.

Polonsky’s assumption was that, in this first wave of Ukrainian Aliyah, there would be 3,000 olim (new immigrants). “Now, we think it will be much higher, maybe even 10,000 olim,” Polonsky predicted.

Recruiting help from all over Europe, the Jewish Agency has enhanced their global center with mainly Russian speaking Jews. They send emissaries called “Shlichim” to the countries bordering Ukraine, equipping them with diplomatic passports. Since Russia has been attacking on three borders, the only open border has been western Ukraine. Countries that are helping at that border include: Poland, Romania, Moldova, Hungary, and Slovakia.

The Jewish Agency is in touch with leaders and rabbis from Jewish communities throughout Ukraine, who organize buses to get the Jews to the Ukrainian western border. “We meet the buses, help them cross the border, and accommodate them in neighboring countries,” Polonsky said.

His team is collaborating with Israeli officials to provide Ukrainian Jews with visas, for those who want to come to Israel. They are also helping others with temporary housing, food, clothing, and transportation for those planning to stay in bordering nations until it is safe to return to Ukraine.

As Polonsky noted, “For us, they are Jews. They need help. We provide them with this help, without any connection to make Aliyah or not to make Aliyah.”

Polonsky points out that the Ukrainians sometimes come to the border with only two bags, and a cat, or a dog. They need clothes, food, medicine, as well as psychological help. Israel has been sending parcels to Ukraine, assisting in the war effort.

In the data base of the Jewish Agency in Europe, there are more than 24,000 Jewish contacts on file. Polonsky’s assistants have been contacting these people to get them transportation out of Ukraine.

Some Ukrainians come to the border by themselves, and they receive help, too. Polonsky talked about the resilience of the Ukrainian communities.

Meanwhile, the Ukrainian government has been separating families by recruiting men from 18-60 to serve in the war. This has complicated the Aliyah process even more, as the wives are still wanting to immigrate to Israel, which means their husbands could encounter problems later on with Israel’s Ministry of Interior.

The Jewish Agency is now distributing $1.5 million to help with the security needs of the Jews who have stayed in Ukraine, worried about looting and vandalizing, as food shortages are inevitable. This happened in 2014, and at that time there was financial help for Jewish communities who needed protection.

Polonsky’s team has already distributed satellite telephones for heads of the communities and for the Jewish Agency emissaries. He has also participated in different round-tables and partnerships, where various organizations work together, making sure not to overlap their assistance to Ukrainian refugees.

Everyone is doing their part, according to Polonsky, who looks for help in combining efforts in various cities and populations. With thousands of olim expected to move to Israel, Polonsky realizes that the Jewish Agency, as well as Israel’s Ministry of Immigrant Absorption, must consider expanding programs to assist new immigrants settling in Israel.

For now, the effort is on getting the Jews out of Ukraine. “We need funds, and we are in contact with our friends; our donors. It is overwhelming, and a great response from everybody from every level – big donors from America, people in Israel, and former Ukrainians. Everyone wants to help… We are all praying that this plight will be over soon.”

Polonsky also mentioned that there are Christians who have been assisting in the rescue efforts, with volunteers from different organizations. This has included financial help, but also those who have worked in the field to protect the Jews. “We rely on this chain of support, as well,” he said.

In continued discussions, the Jewish Agency, in coordination with others, including those in  the Prime Minister’s office, is figuring out how they can help the Jewish people of Ukraine get their papers in order for their flight to the Jewish State.

“Some of them just want to come to Israel and don’t have anything, not even an international passport,” Polonsky claimed.

His staff is working even harder than in 2014, when Russia invaded Crimea. After that time, this writer was informed that the Jewish Agency told the Ukrainian Jews who were fleeing, not to go back to their homes to get their documents, because the country was at war, and it would be too dangerous. Instead, the Jews were airlifted to Israel.

That is when the problems began. Once they went to Israel’s Ministry of Interior, they were told that they needed their documents. It took months for their papers to arrive from Ukraine. In the meantime, the new Jewish immigrants had no status, could not work, did not have medical insurance, and some were sick and needy. They lived in a temporary status in Israel for those long months of personal hardship.

This writer asked Polonsky if the Jewish Agency was doing things differently now, in improving the process for these new immigrants.

He replied: “Excellent question that was discussed, an hour before this meeting, when we were checking out different opportunities… There are many more people, than there is the ability to get visas. What do we do with these people and those who have no visa? Will they stay in this place and wait to collect the documents from Ukraine, which in this mess is very difficult. Or, should we bring them to Israel as a tourist? They will not have medical security, and they don’t have money just to exist.”

The Jewish Agency is looking for ways that will give these Jews permanent status. Polonsky commented that it depends on Israel and other countries. “We are in touch with different authorities for solutions for thousands of people who will be stuck,” said Polonsky.

Once the Jews are brought to Israel on Aliyah, there are various ways to absorb them in the nation.

“I can tell you that almost every Jewish family in Ukraine has friends and relatives in Israel… I have no doubt that they will open their houses, host these people, give them shelter and provide them with what is needed,” Polonsky said with confidence.

For the long term, there needs to be a permanent solution found. However, as Israel has done since biblical times, Jewish people returning to their homeland will almost always find their way, and settle in the Promised Land.